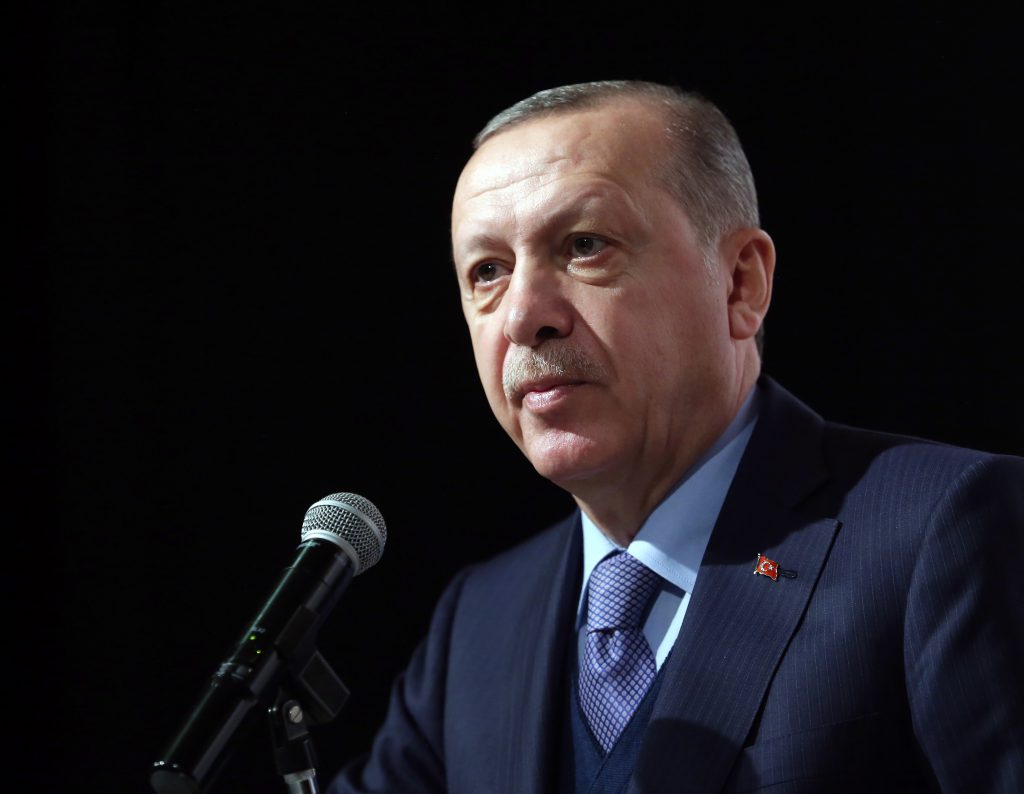 Four more Turkish soldiers have been killed in northern Syria, the Turkish military announced late Saturday, bringing the day’s death toll to 11 in what has been the most lethal day since Ankara’s offensive on Syrian Kurdish militia began.

Turkey’s President Recep Tayyip Erdogan announced earlier that a military helicopter was “downed” in the Afrin operation. Speaking in Istanbul, Erdogan didn’t mention by name the Syrian Kurdish People’s Protection Units, or YPG, but hinted they were to blame.

The country’s prime minister walked back on the comments soon after, saying the cause of the helicopter’s crash was not yet clear and investigations were ongoing.

“We don’t have exact evidence or documents to determine that it went down with any outside interference,” Binali Yildirim told reporters in the western province of Mugla.

The Turkish military said in a statement that two soldiers were killed when its attack helicopter crashed and was destroyed at around 1 p.m. local time (10 a.m. GMT). A technical team launched an investigation.

A spokesman for the Kurdish militia, Mustafa Bali, said his fighters downed the chopper in Raju, northwest Afrin.

Turkey launched a military offensive on Jan. 20 to oust the YPG from Afrin, citing national security. Turkey considers the group a terrorist organization and an extension of an insurgency within its own borders that has fought for Kurdish autonomy for more than three decades.

The helicopter is the first aircraft Turkey announced it has lost since the offensive began. The Turkish president said, “We might lose a helicopter but they’ll pay the price for this.”

In three other statements, the army announced nine more Turkish soldiers were killed and 11 wounded Saturday, bringing the military death toll to 30 since Jan. 20.

“We are in a war. We will have losses but we will also cause losses,” Erdogan said in Istanbul.

Syria has been gripped by a new and escalating round of violence in recent weeks. Aside from the Turkish offensive in Afrin, the Syrian government has escalated its attacks on two of the largest and most important remaining opposition-held areas, in Idlib province in northwestern Syria and on eastern Ghouta, a region near the capital Damascus. The violence has left hundreds killed and wounded as the Syrian government and its allies sought to consolidate their hold on remaining opposition-controlled areas.

The U.N. High Commissioner for Human Rights Zeid Ra’ad Al Hussein called Saturday for urgent international action, saying the past week in Syria “has been one of the bloodiest periods of the entire conflict.” The commissioner said the “no-holds-barred nature” of the assault included attacks on nine medical facilities and the death of 277 civilians between Feb. 4 and Feb. 9 in both Idlib and eastern Ghouta. There were also reports of the government using toxic agents in residential areas.

In eastern Ghouta, nearly 400,000 residents are trapped by a tightening government siege and violence. In Idlib, the largest area controlled by the opposition, at least two million people reside.

“Even by Syria’s atrocious standards, these are exceptionally deplorable developments – and a cruel irony given that both have been declared ‘de-escalation areas’,” Al Hussein said.

Both Idlib and eastern Ghouta are part of Russia-negotiated de-escalation areas, which are meant to freeze the lines of conflict and allow in humanitarian aid.

Al Hussein said the prevailing climate of impunity and the paralysis of the U.N .Security Council, divided between allies and foes of the Syrian government, calls for the Syrian conflict to be referred to the International Criminal Court, and a more concerted effort by the parties involved to bring about peace.

“The conduct and management of this war has been utterly shameful from the outset, and the failure to end it marks an epic failure of global diplomacy,” Al Hussein said.