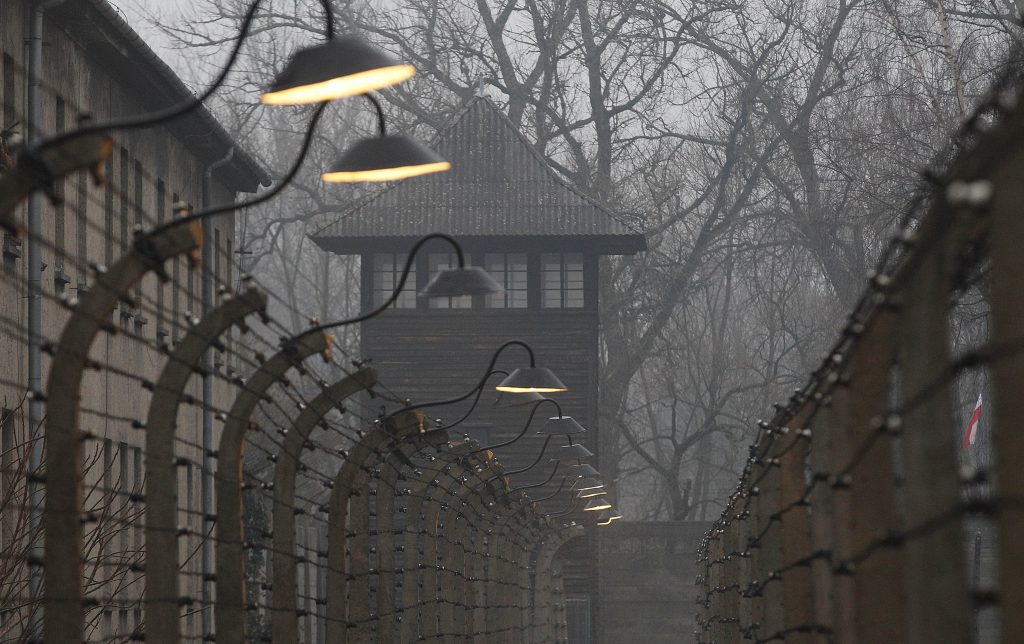 German Chancellor Angela Merkel declined to comment on Saturday on a Polish law that imposes jail terms for suggesting the country was complicit in the Holocaust, saying she did not want to wade into Poland’s internal affairs.

The law would impose prison sentences of up to three years for using the phrase “Polish death camps” and for suggesting “publicly and against the facts” that the Polish nation or state was complicit in Nazi Germany’s crimes.

“Without directly interfering in the legislation in Poland, I would like to say the following very clearly as German chancellor: We as Germans are responsible for what happened during the Holocaust, the Shoah, under National Socialism [Nazism],” Merkel said in her weekly video podcast.

She was responding to a question from a student who had asked whether the new Polish law curbs freedom of expression.

Israel and the United States criticized President Andrzej Duda for signing the bill into law this week. Israel says the law will curb free speech, criminalize basic historical facts and stop any discussion of the role some Poles played in Nazi crimes.

Poland’s ruling Law and Justice party has clashed with the European Union and human rights groups on a range of issues since taking power in late 2015.

More than 3 million of the 3.2 million Jews who lived in pre-war Poland were murdered by the Nazis, Hy”d, accounting for about half of all Jews killed in the Holocaust.

Jews from across the continent were sent to be killed at death camps built and operated by Germans in occupied Poland – home to Europe’s biggest Jewish community at the time.