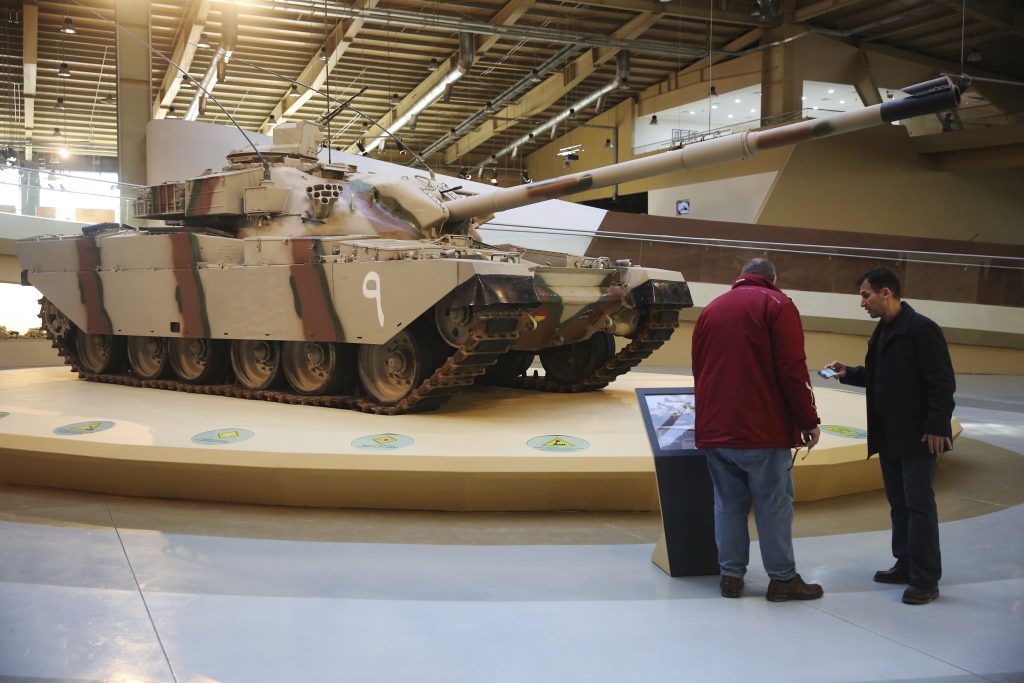 A museum displaying 110 battle-worn tanks from a century of wars in the Middle East and from more distant conflicts has opened in Jordan.

Curators at the Royal Tank Museum collected armored vehicles over the past decade, including some that served in both sides of the Iran-Iraq war and in the conflicts between Israel and its Arab neighbors in the Golan Heights, Jordan and Yerushalayim.

Other contributions came from faraway places, such as Azerbaijan, Morocco, Taiwan and Brunei. Most of the museum’s tanks were made in America, reflecting Jordan’s long-running alliance with the United States.

Some pieces reached Jordan in a particularly roundabout way, including a World War II-era German tank used by the Nazis in North Africa. A swastika-in-palm-tree stencil marks it as one of the German Africa Corps’ fleet of Field Marshal Erwin Rommel. The Syrians had bought the tank in the 1950s from Czechoslovakia and deployed it against Israel, then gave it to Jordan in 2009.

“The museum is telling the story of the world through the history of tanks,” said the museum’s general manager, Maher Tarawneh.

The museum, the second in the region after Israel’s Yad La-Shiryon, opened last week.

On a recent morning, hundreds of Jordanians lined up outside to be led through the museum by guides, many of them army veterans.

Dangling from a massive skylight is a Cobra attack helicopter, of the type flown by Jordan’s King Abdullah II.

The king decreed the creation of the museum in 2007, launching the acquisition process led by chief curator Hamdan Smairan. The retired major general who commanded the Jordan military’s armored corps began by reaching out to his contacts.

The world’s tank museums supported the venture. The Tank Museum in Dorset, England and the Imperial War Museum in London provided curatorial counsel. Museums in the Czech Republic and France exchanged tanks for Jordanian tanks.

Russia and Kazakhstan gave tanks to Jordan’s king, who then added them to the collection, the curator said.

Along with World War II-era Sherman and Tiger tanks, there are also Soviet and Chinese models.

During World War I, as newly invented tanks battled across Europe, Britain-backed Arab irregulars waged a guerrilla campaign against the German-allied Ottoman Empire. The insurrection, which became known as the Great Arab Revolt of 1917, was led by Abdullah I, the great-grandfather of the current monarch and eventual founder of the Hashemite Kingdom of Jordan.

An armored vehicle used in the revolt rotates on a dais in the museum. It is followed by tank exhibits telling the story of Jordan in subsequent battles, including the Mideast wars of 1967 and 1973.

The museum will eventually open an exhibition field and offer rides on tanks outside on site.