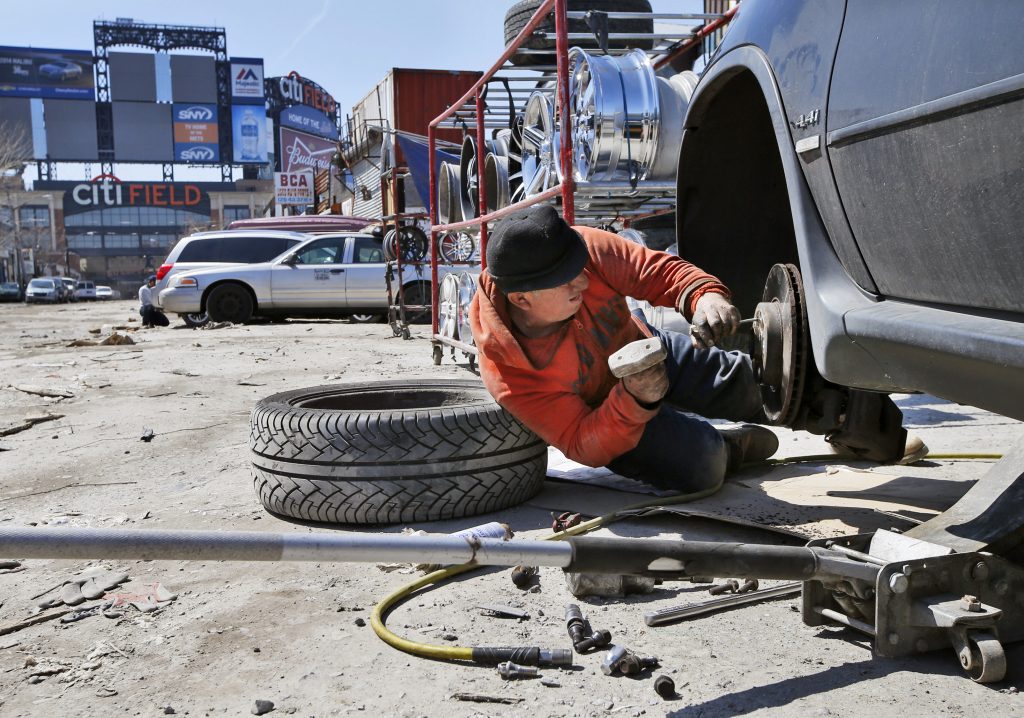 A long-planned redevelopment project for a neighborhood of run-down car-repair shops next to Citi Field in Queens is back on the drawing board, Mayor Bill de Blasio announced Tuesday.

Under the revamped version of the Willets Point project, all of the 1,100 apartments will be affordable to low- and moderate-income New Yorkers, the mayor said.

“This project delivers big on the No. 1 priority for people in Queens: finding an affordable place to live,” Mayor de Blasio said. The project also will include a public elementary school, open space and retail shops.

The plan appeared dead in 2015 when a court ruled the city could not take a piece of Flushing Meadows Corona Park for a 1.4 million-square-foot shopping mall. The latest version of the plan will not include the mall.

Related Cos., Fred Wilpon and Saul Katz will remain developers of the revamped Willets Point project.

The New York Times reports that the city has spent $287 million on land in the Willets Point area, cleaning it of the remains of hazardous chemicals and paying for the relocation of businesses.

City officials said the latest redevelopment plan will make good use of the site.

“After years of false starts and controversies, this is a thoughtful way to get shovels in the ground, keep our promises to this community, and begin building an affordable neighborhood for seniors and working families,” Deputy Mayor for Housing and Economic Development Alicia Glen said.