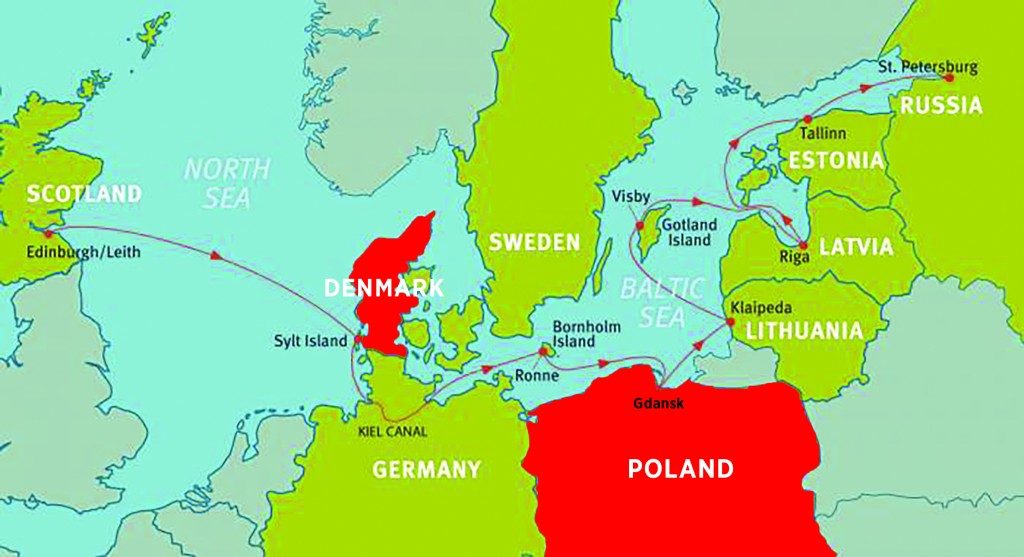 Poland has a point.

The country’s legislature passed a controversial bill last week aimed at quashing the use of the phrase “Polish death camps” for Nazi extermination enterprises built and operated by the Third Reich across Poland. The bill, which Polish President Andrzej Duda is expected to sign into law, also bans referring to “the Polish Nation” as “responsible or co-responsible for Nazi crimes,” on penalty of fines or a maximum three-year jail term.

More than 6,700 Poles, moreover — more citizens than of any other nationality — have been honored as “Righteous Among the Nations” by Yad Vashem for their bravery in resisting the Nazis.

So one can understand how using “Polish” as the adjective modifying “death camps” might rankle Poles today. “Nazi death camps in Poland” is a more accurate description of Auschwitz, Treblinka, Belzec and Sobibor.

But Poland, all said and done, was not Denmark. The Danes, whose country was also occupied by the Nazis, famously refused to give up their Jews to the Nazis. When, in 1941, Danish authorities were told by their German overlords that a round-up of the country’s Jews was imminent, they immediately informed the Jewish community and, with the help of the citizenry, hid many Jews and spirited many more to safety in Sweden.

By contrast, and with all due and richly deserved recognition of the risky heroism of thousands of Poles during World War II, Jew-hatred was no German import to their land.

Religion-based anti-Semitism was entrenched in Polish society well before the Nazis invaded Poland. There were blood libels and widespread promotion of the stereotype of Jews as disloyal and worse. By 1939, hostility towards Jews was a mainstay of the country’s popular right-wing political forces.

My father, a”h, recalled being warned by his parents in their Polish town of Ruzhan to not venture outside around Pesach-time. Church sermons, he wrote in his memoir, “spurred our Gentile neighbors to try to kill Jews.” He and his siblings would peek through the window to see angry townspeople marching with banners, looking for victims.

Polish-born historian Jan Grabowski notes that approximately 250,000 Jews fled the liquidated ghettos in 1942 and 1943, yet only 35,000 survived the war. His conclusion: More than 200,000 Polish Jews were betrayed by their countrymen to the Germans or the Polish police beholden to them.

“We will under no circumstances,” said Israeli Prime Minister Binyamin Netanyahu in reaction to the new Polish law, “accept any attempt to rewrite history.”

Yad Vashem decried the legislation too, as did a U.S. Congressional task force on combating anti-Semitism, which said that the law “could have a chilling effect on dialogue, scholarship, and accountability in Poland about the Holocaust.”

Polish leaders and media expressed dismay over the Israeli and American reaction. Poles, understandably, don’t like to be tarred with the brush of anti-Semitism, neither in their past nor in their present.

A 2017 survey by the Polish Center for Research on Prejudice showed that more than 55 percent of Poles were “annoyed” by talk of Polish participation in crimes against Jews.

Telling, though, were some expressions of that dismay and annoyance.

Like those on a program that aired last week on a mainstream Polish channel, TVP2.

The program was hosted by Marcin Jerzy Wolski, and his guest was Polish commentator and author Rafal Aleksander Ziemkiewicz. Shortly before the program, Mr. Ziemkiewicz posted a thought on social media:

“For many years I have convinced my people that we must support Israel. Today, because of a few scabby or greedy people, I feel like an idiot.” “Scab” is a Polish slur for “Jew.”

The posting was later deleted, but first thoughts are often the most revealing ones.

Then, on the program itself, Mr. Ziemkiewicz offered further wisdom.

“If we look at the percentage of involvement of countries that took part,” he suggested, “Jews also were part of their own destruction.”

Mr. Wolski emphatically agreed. “Using this terminology, linguistically,” he offered, “we could say these were not German or Polish camps, but were Jewish camps. After all, who dealt with the crematoria?”

Got that? Since Jews were forced on penalty of death to bury their relatives’ remains, their prisons were “Jewish death camps.”

It has to make one think. What in the world could so pervert a human mind to equate collaborators with victims? To compare those abetting evil with those who suffered its horrible designs?

Only one answer readily comes to mind.