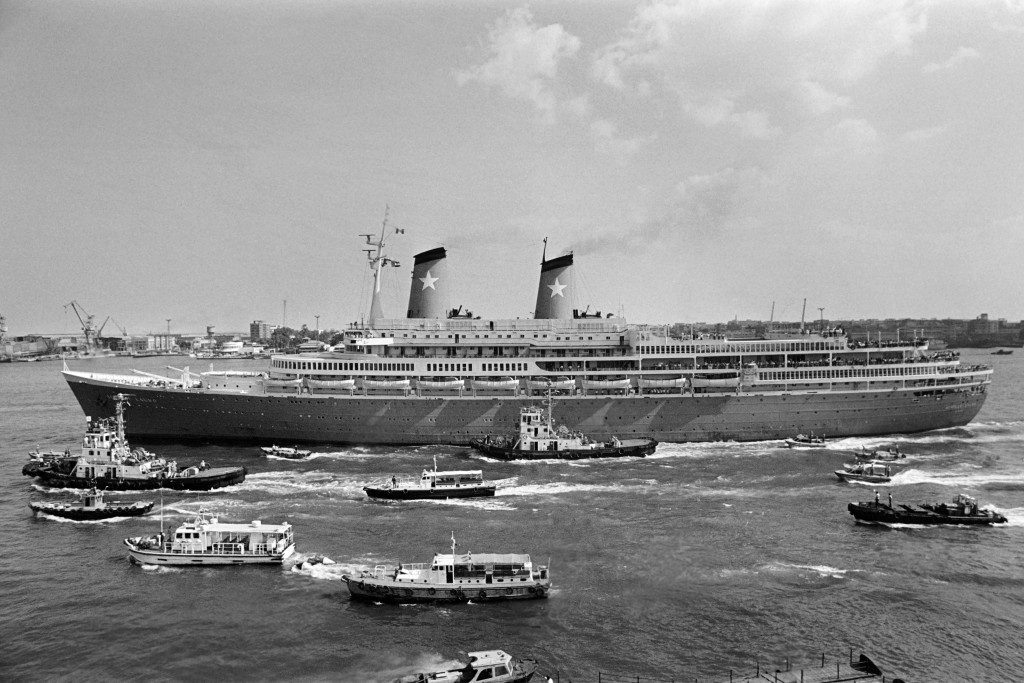 The world was shocked by the brutal murder of a helpless, elderly Jew, and the United States dispatched F-14 aircraft from the Sixth Fleet to intercept the four hijackers, including the mastermind, Muhammad Zaida, who went by the nom de guerre Abu Abbas.

The U.S. planes identified the civilian plane carrying the hijackers to Tunisia — where the PLO had its headquarters and its terrorists would be safe — and forced it to land in a NATO base in Italy. It should have been a simple matter to get them extradited to the United States and tried, but the government of Italy refused to turn them over, instead allowing them to board a plane in Rome and reach Yugoslavia safely.

Abu Abbas, the founder and leader of the Palestine Liberation Front, received funding and direction from PLO chief Yasser Arafat. He was also responsible for the deaths of Danny Haran, 28, and his two daughters, Einat, 4, and Yael, 2, Hy”d, in April 1979, in their Nahariya home at the hands of terrorist Samir Kuntar.

While it has long been rumored that Rome and the PLO had signed a mutual non-aggression pact — by which Italy agreed to provide safe haven for PLO terrorists in exchange for a PLO pledge not to attack its citizens — the immoral deal was confirmed at the weekend by excerpts of Arafat’s diaries, published Sunday in Italy’s L’Espresso magazine.

The deal, believed to have been signed in the 1970s, stated that the Palestinians would not carry out attacks in Italy and terrorists from the PLO, PFLP and other factions would receive free movement throughout the country.

“Italy is a Palestinian shore of the Mediterranean,” is how Arafat put it in his diaries.

(A similar deal is reported to have provided terrorist Ilich Ramirez Sanchez, known as “Carlos the Jackal,” safe haven in Switzerland.)

While every country has a right, and duty, to protect its citizens from terrorism, this kind of deal-making, whereby “protection” is paid to keep the peace at home, while making it possible for terrorists to kill innocents elsewhere, is morally repugnant.

Unfortunately, such deals aren’t exceptional. History is replete with weak leaders who strike deals with tyrants that sacrifice the vital interests of other countries in the false hope that they will buy peace for their own citizens. Neville Chamberlain is one example that comes to mind.

France took cowardice to a new high in the 1970s when it sold two nuclear reactors to Iraq’s Saddam Hussein, knowing full well that he intended to use them to create a bomb for use against Israel. President Jacques Chirac provided the Iraqi dictator with enough weapons-grade uranium to produce three to four nuclear devices, and trained 600 Iraqi nuclear technicians and scientists.

In return, France got $70 million of Iraqi oil.

France and other European countries haven’t learned the lessons of the past and continue to do business with bullies — this time, Iran — in an effort to ingratiate themselves with the powers that be. What they fail to understand is that the ballistic missiles that can carry nuclear weapons to Israel today can be modified to reach all of Europe, and beyond, tomorrow.

It is a myth to think that long-term quiet can be bought with short-term concessions.

Europe’s approach stands in stark contrast to that of the United States, which only last week took the bold step of announcing that it was designating Hamas politburo chief Ismail Haniyeh a terrorist.

The State Department listed Haniyeh, along with two Islamist groups active in Egypt and one in the PA-controlled territories, as specially designated global terrorists.

U.S. Ambassador Nathan A. Sales, the State Department’s coordinator for counterterrorism, told The Jerusalem Post that “Ismail Haniyeh has been involved in Hamas’ campaign of terrorism against Israel for years and even decades. The United States is not fooled by any attempt by Hamas to rebrand itself. We know it for what it is, a terror organization committed to the destruction of the State of Israel.”

The courageous words are being backed by deeds. All assets belonging to Haniyeh under U.S. jurisdiction will be frozen, drying up funding for terrorism everywhere. Taking action against Haniyeh is not only an Israeli interest, but a Palestinian one, because, as Israel’s Intelligence Minister Yisrael Katz put it, Haniyeh “is one of the main reasons the citizens of the Gaza Strip are suffering since the terror organization Hamas took power of the Strip in 2007.”

Terrorists thrive in darkness, when pitted against weak leaders who strike secret, immoral deals that discriminate between one country’s citizens and another’s. The way to combat them effectively is to shine a spotlight on terrorist activities, brand them as the killers they are and take concrete steps to keep them from succeeding in sowing fear and havoc around the world.