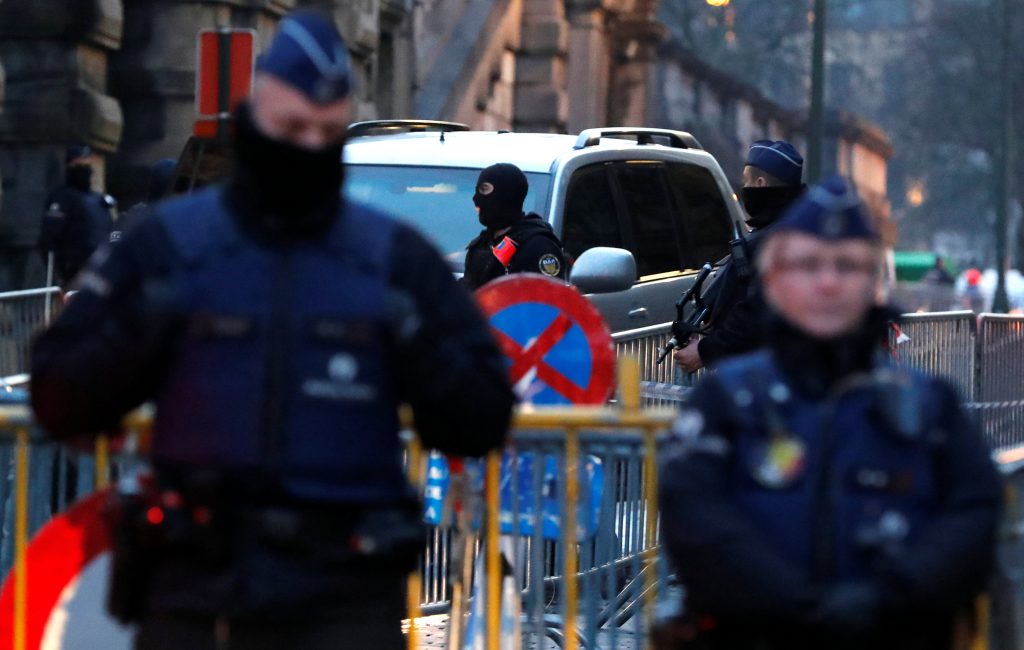 The only surviving member of the Islamic State cell that attacked Paris in November 2015 refused to rise for a Belgian court on Monday or answer questions about his actions, during his first appearance in public since his arrest nearly two years ago.

Salah Abdeslam is on trial in his hometown of Brussels on charges of attempted murder for a police shootout from which he fled. The man who covered for his getaway with a spray of automatic gunfire died. Abdeslam’s escape was short-lived — he was captured on March 18, 2016, in the same neighborhood where he and many of his Islamic State fighter colleagues grew up.

Abdeslam arrived in the Belgian capital on Monday morning after being transferred from a prison in France. Security was high at the Brussels courthouse, with armed guards and multiple checkpoints leading to the courtroom.

He is being tried alongside a second defendant, Sofiane Ayari, in relation to the shootout. The judge’s questions Monday were oriented toward establishing which of the two had also fired on officers.

Asked why he was refusing to stand, Abdeslam said, “I’m tired, I did not sleep.”

Abdeslam, now wearing a full beard and longer hair than in pictures released before he was arrested, was flanked by masked guards and refused to answer questions beyond a few formalities.

“I do not wish to respond to any questions. I was asked to come. I came,” he said. “I defend myself by keeping silent.”

Abdeslam has previously refused to speak to investigators in France about the attack there that killed 130. Days after his capture, extremists struck in Brussels. In total, 162 people died in the two attacks.

The trial relates to the 2016 shooting in Brussels, some four months after the Paris attacks. Abdeslam and two suspects were hiding in an apartment when police arrived for a routine search. Three officers were wounded in the shootout that followed and one suspect was killed. Abdeslam was captured a few days later in the flashpoint Brussels neighborhood of Molenbeek.

“We want to see what elements will be provided in order to have a better understanding of this series of events and terror attacks, in France and in Belgium,” said Guillaume Denoix de Saint Marc, a member of V-Europe, a victims’ association.

“This trial is one of the pieces of a global puzzle which will answer some of our questions. But at the same time, we expect to be very disappointed and to learn nothing.”