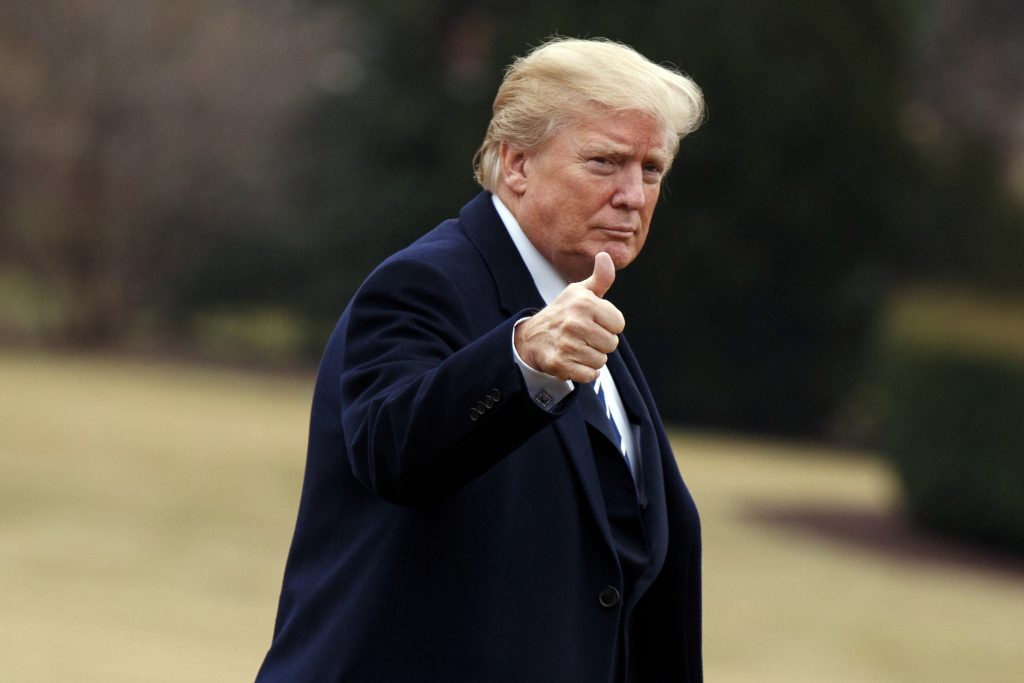 The White House worked on Thursday to clear the release of a secret Republican memo alleging FBI bias against President Donald Trump in its Russia probe, an administration official said, disregarding a warning from the top U.S. law enforcement agency.

The four-page document, crafted by Republican members of the House of Representatives Intelligence Committee, will be made public by the panel on Friday, a senior White House official said. An official also said Trump had read the document.

The memo has become part of a wider battle between Republicans and Democrats over Special Counsel Robert Mueller’s criminal probe into potential collusion between Trump’s 2016 presidential campaign and Russia to help him win the election and whether Trump has tried to obstruct the investigation.

Democrats have denounced the memo as an effort by Trump’s fellow Republicans to undermine Mueller’s investigation.

As White House legal and national security experts reviewed the document, the Senate’s No. 3 Republican, John Thune, urged his House colleagues to allow the Senate Intelligence Committee to review the memo and heed the FBI’s concerns before they made it public.

Democrats have called the memo misleading, based on a selective use of highly classified data and intended to discredit Mueller’s work. Intelligence committee Democrats wrote their own memo that panel Republicans prevented from being released at the same time. Thune said if the Republican memo is released, the Democratic one should be, too.

Some lawmakers have warned that release of the memo could jeopardize intelligence sources and shatter a compact under which spy agencies share secrets with Congress on the understanding they will not be revealed to the public. A White House decision to release the memo also could prompt high-level resignations in U.S. law enforcement agencies.

The memo was commissioned by Devin Nunes, the House intelligence panel’s Republican chairman who also served as a member of the president’s transition team before Trump took office.

Pelosi and Schumer made the demand after the committee’s senior Democrat, Adam Schiff, late on Wednesday said he discovered that Nunes had sent the White House a version of the memo that was “materially altered” and not what the panel voted on Monday to release.

“This action is not only dangerous; it is illegitimate, and violates House rules,” Pelosi said.

The Federal Bureau of Investigation issued a rare rebuke on Wednesday to the president and his fellow Republicans in Congress who are pushing to release the memo.

“The FBI was provided a limited opportunity to review this memo the day before the committee voted to release it,” the FBI said in a statement. “As expressed during our initial review, we have grave concerns about material omissions of fact that fundamentally impact the memo’s accuracy.”

Nunes has dismissed the objections to the memo’s release as “spurious.”

Democrats are arguing for a new vote in the House Intelligence Committee to make the public memo, because they say Nunes altered the text of the memo that the panel had voted on earlier in the week. Such a vote, if it happens, would likely not take place before Monday.

Thune, attending a political retreat in West Virginia with other lawmakers in Trump’s party, urged fellow Republicans to slow down regarding the memo’s release.

“I think the Senate Intelligence Committee needs to see it, for sure,” Thune said. “They need to pay careful attention to what our folks who protect us have to say about what this, you know, how this bears on our national security.”

The Republican memo accuses the FBI and Justice Department of misleading a Foreign Intelligence Surveillance Court judge in March as they sought to extend an eavesdropping warrant against Trump campaign adviser Carter Page, four sources familiar with it have said.

They said memo contends that the FBI and Justice Department failed to tell the judge that some of the information used to justify the warrant included portions of a dossier of Trump-Russia contacts that was opposition research paid for by Democrats.

However, the sources said the memo does not mention that the request to extend surveillance on Page, which began before Trump took office, also relied on other highly classified information and that U.S. agencies had confirmed excerpts from the dossier included in the request.

U.S. intelligence agencies have concluded that Russia interfered in the 2016 campaign using hacking and propaganda, an effort that eventually included attempting to tilt the race in favor of Trump.