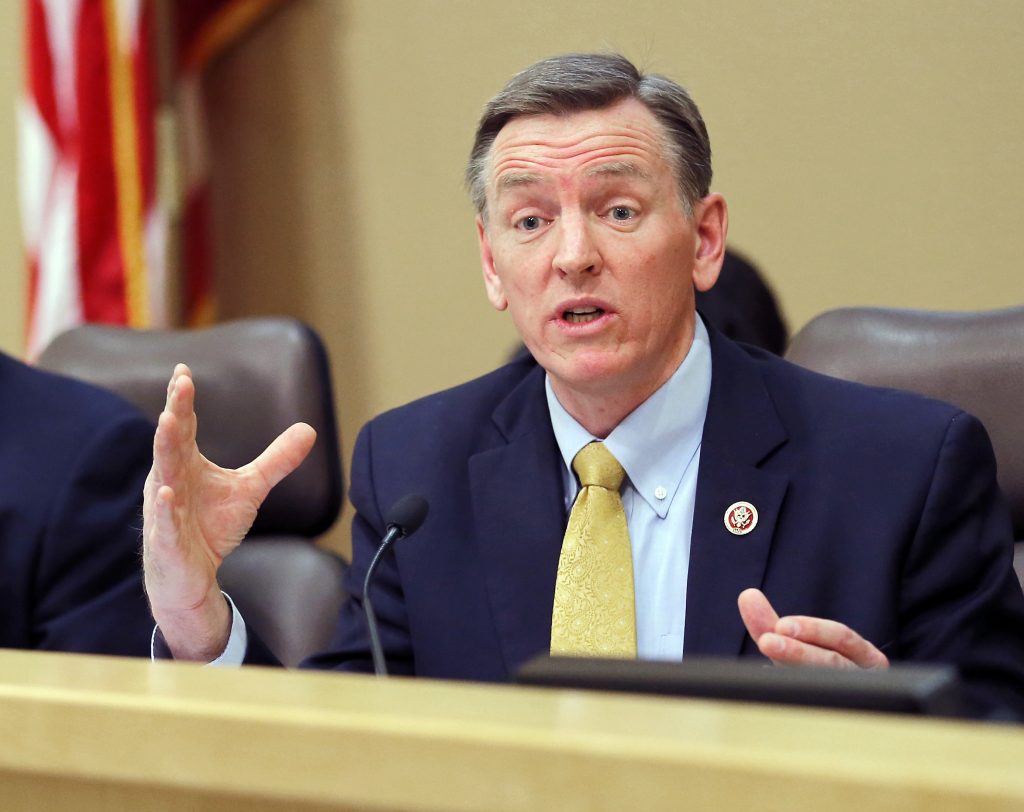 An Arizona congressman known for his hard-line views on immigration called on the U.S. Capitol Police to arrest any undocumented immigrants who attend President Trump’s State of the Union address, after at least two dozen Democratic lawmakers said they would bring “dreamers” as guests to Tuesday night’s speech.

Rep. Paul Gosar, R-Ariz., asked the Capitol Police and Attorney General Jeff Sessions to “consider checking identification . . . and arresting any illegal aliens in attendance” as well as detaining anyone using “fraudulent social security numbers and identification to pass through security.” His tweets on the subject caused a wave of online outrage roughly seven hours before the speech was scheduled to begin.

The young people protected by the Deferred Action for Childhood Arrivals (DACA) program would not be affected by an ID check because they have social security numbers and legal work status, according to aides who helped organize their attendance. But some lawmakers might have invited immigrants without these documents to attend the speech, said the aides, who were granted anonymity because they were not authorized to speak about the legal status of some guests.

“Of all the places where the Rule of Law needs to be enforced, it should be in the hallowed halls of Congress,” Gosar wrote on Twitter. “Any illegal aliens attempting to go through security, under any pretext of invitation or otherwise, should be arrested and deported.”

Democratic lawmakers, including House Minority Leader Nancy Pelosi, D-Calif., plan to bring DACA recipients to the speech as a way to highlight their cause. Congress is working to negotiate an immigration deal that would protect “dreamers,” children who were brought to the United States illegally or who overstayed their visas, after the Trump administration announced an end to the program in September.

Pelosi, who will bring DACA recipient Melody Klingenfuss as a guest Tuesday night, said Tuesday afternoon that Pres. Trump will “see the dignity, courage and patriotism of dozens of dreamers” when he looks into the House gallery during his speech.

Requests for comment from Pelosi and the Capitol Police were not immediately returned.

With tensions running high ahead of Pres. Trump’s speech, it was unclear what kinds of outbursts or demonstrations the evening might produce. It’s considered gravely disrespectful for lawmakers to disrupt presidential addresses, but some – such as Rep. Joe Wilson, R-S.C., who yelled “You lie!” at President Obama in 2009 – have done it anyway.

Pelosi told House Democrats Tuesday not to interrupt Pres. Trump and instead “let the attention be on his slobbering self.” She said that if Democrats want to protest, they should join the group that will not attend at all.

“If you want to walk out, don’t come in,” Pelosi told Democrats during a closed-door caucus meeting.

The comments, first reported by Politico, were confirmed by a person familiar with the meeting.