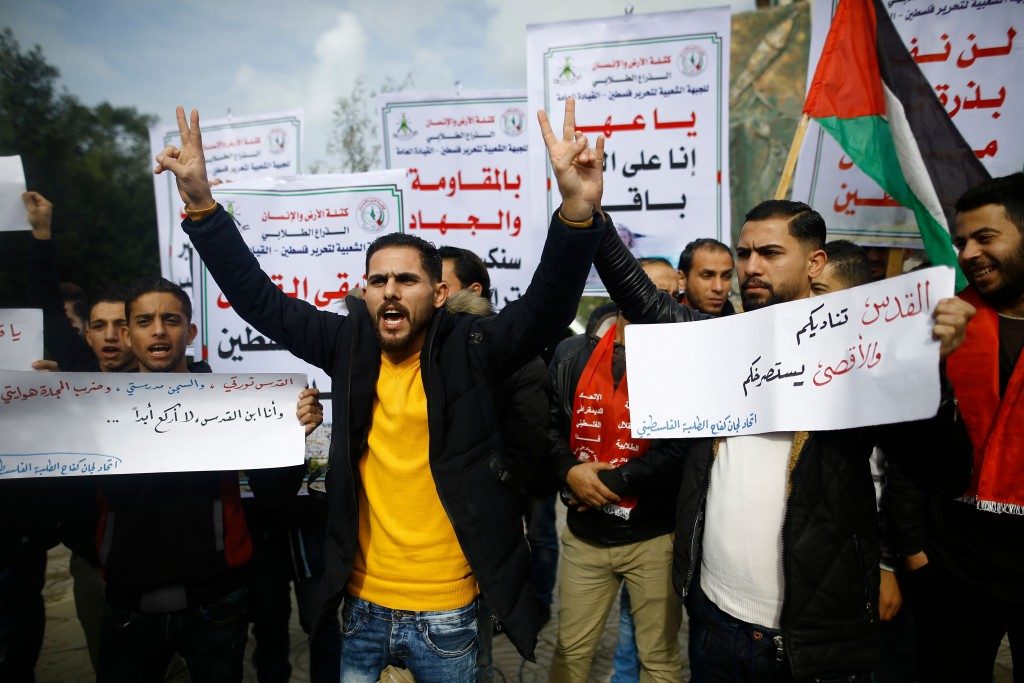 What’s the difference between a diplomat and a businessman? When a diplomat sees a problem, the first thing he does is invite a lot of other diplomats to a conference for “meaningful talks.” These discussions lead to further discussions, which, in the best of circumstances, result in an agreement that the problematic parties sign with much fanfare. Whether the agreement is kept and the problem is actually solved is secondary.

When a businessman sees a problem, his first question is: how can he profit from it, or how can he fix it so that he stops losing money. He drafts a business plan that is very hands-on and bottom-line oriented. It details how to get from Point A to Point B, and in what time frame. Only one thing counts: Results.

It is because diplomats have been in charge for the past 70 years that the sides are no closer to peace, even though the issues are known — Yerushalayim, refugees, borders, security arrangements — and the solutions are pretty obvious. But things have changed. President Donald Trump is in charge, and he brings a businessman’s approach to the table, as we saw last week, which is good for peace, and even better for the Palestinians.

The president, like any good businessman, is asking: What has America gotten out of the more than $5 billion it has given the Palestinians since 1994? And his answer is: Not much.

PA chairman Mahmoud Abbas has consistently refused to negotiate peace in good faith, irrespective of who is sitting in the White House or who is the prime minister of Israel. He boycotted negotiations for years under Barack Obama, who could hardly be accused of being biased in favor of Israel, and turned down peace offers by Ehud Olmert that gave him just about everything.

The straw that broke the camel’s back was Abbas’ chutzpah in refusing to meet with Vice President Mike Pence last week. “When [the Palestinians] disrespected us a week ago by not allowing our great vice president to see them, and we give them hundreds of millions of dollars in aid and support, tremendous numbers, numbers that nobody understands — that money is on the table and that money is not going to them unless they sit down and negotiate peace,” President Trump said.

The issue isn’t the insult to America — it’s been insulted by far better — but Abbas’ failure to see any connection between the generosity of the American people and his need to reciprocate by respecting their leaders. Mr. Trump, the businessman, understands that if Abbas doesn’t feel beholden to the United States, then there’s no point in continuing the aid; it’s not cost-effective since the PA chairman will continue taking and continue thumbing his nose at Washington in its attempts to advance the peace.

In the long term, withholding aid is also good for the Palestinians, who are stuck with Abbas as a leader (they elected him to a “four-year term” in 2005). They are powerless to force Abbas to use the aid money in a responsible way — which benefits the people — since they can’t vote him out of office.

And so when, according to Israel’s Channel 2 News, the PA chairman recently purchased a private plane to the tune of $50 million — first-class travel was no longer good enough — the Palestinian street could do nothing but grumble. (Palestinians wondered on social media whether the plane was purchased or stolen, like so many of the cars that end up in the Palestinian Authority. Others suggested that he had used the money he saved by cutting civil-servant salaries by 30 percent to buy the plane, and complained that before the PA’s Saeb Erekat accuses President Trump of “starving Palestinian children,” he should point the finger of blame at Abbas.)

Likewise, when Abbas uses aid money to pay terrorist killers, instead of on social programs for the Palestinian needy or on job-generating enterprises, and senior government leaders get rich by skimming off the top, the public is helpless to protest.

President Trump sees the big picture. He understands that it is not enough to get Abbas to the negotiating table. That’s just a first step. He must understand that continued aid depends on his behaving like a responsible leader, vis-a-vis Israel and vis-a-vis his own people.

Because ultimately if he isn’t held accountable for the way he uses foreign aid, then the Palestinian economy will remain a basket case. And an impoverished Palestinian state alongside a thriving Israeli economy is a formula for instability and conflict that no diplomatic agreement can wish away.