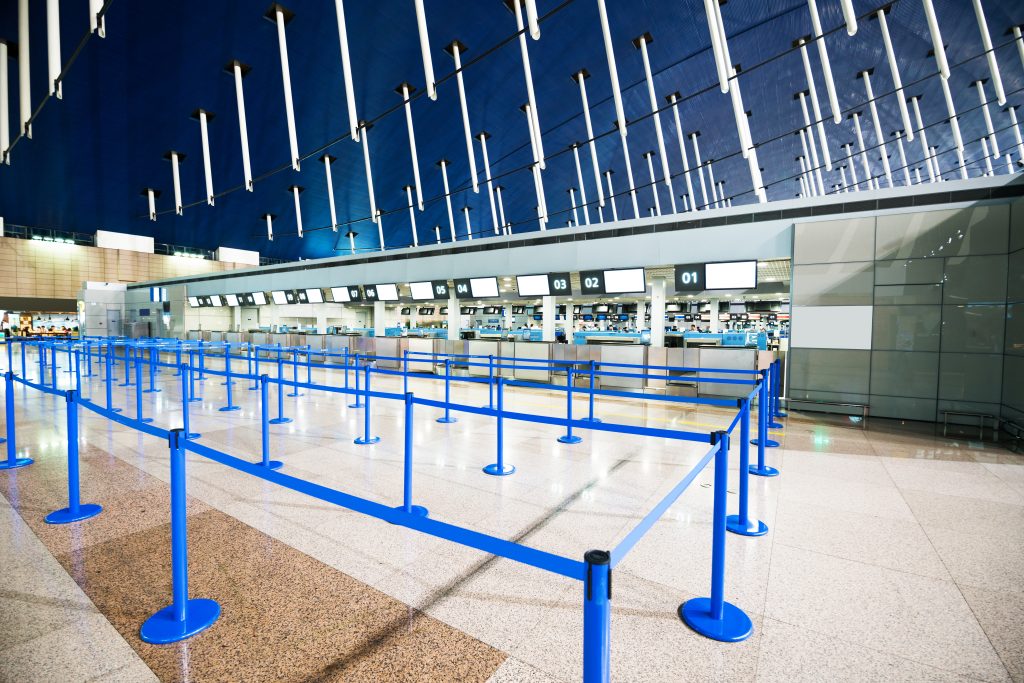 One question looms over most business travelers: How soon should I leave for the airport?

The road warrior may wield a decent sense of traffic hassles, terminal trekking and rental car-return times, but the length of one’s stay in a TSA security line is largely a matter of guesswork. Screening throws in a wildcard that can make you late for the gate — and your flight.

It’s one reason airports are keen to post wait-times, though unfortunately that’s usually available only when you’re at the airport.

Airports, airlines and technology companies have deployed a variety of methods over the past 16 years of TSA screening to assess queue times. Some have used people to manually count passenger movement or gathered crowdsourced data from actual travelers, which is how the Transportation Security Administration collects wait information for its “MyTSA” app.

Other methods involve overhead cameras to mark entrance and exit times; sensors that detect the progress of travelers’ mobile phones through various bottlenecks; and predictive analytics that sort through an airport’s passenger volume and the TSA’s processing speeds at a particular time and location to formulate a decent guess.

Now, into this mix comes a new tool, one that uses a form of radar. It’s being tested at four U.S. airports by an analytics company called linside and incorporated into a mobile app with partner TripIt. If the app works, it may finally present travelers with the ultimate piece of the puzzle that allows them to waste as little time as possible.

TripIt, a travel booking-and-tracking firm owned by Concur Technologies Inc., said Wednesday that it plans to incorporate the Iinside data from airports in Austin, Texas, Orlando, Florida, Denver and Phoenix into its TripIt Pro mobile app. Users will receive an alert three hours before a flight with current wait times, as well as real-time updates. Airport maps in the app will also show the nearest security checkpoint and which ones have the shortest lines.

TripIt will also merge the TSA wait data with commercially available traffic-flow information and airline flight status to advise travelers when to start driving to the airport, based on their GPS location. Over time, as the technology matures, security line wait-time data “should be part of your travel plans,” said Jen Moyse, a TripIt product manager — especially for business travelers with tight schedules.

linside expects to equip additional airports with its hardware, which uses LiDAR-based technology and Bluetooth, to mix traffic movements with machine-learning to adjust projected wait times. The Anaheim, California-based company is targeting most of the 30 largest U.S. airports, which account for almost 85 percent of annual U.S. airline passengers.

“The simple knowledge of how long it will take them to get through security is reducing traveler anxiety and increasing satisfaction for one of the most stressful stages of modern-day travel,” Iinside said in a statement.

In spring 2016, when TSA staffing shortages caused hours-long lines nationwide, a common lament among businesses was the loss of productivity owing to a need to allot three or more hours just to get to the gate.

That summer calamity was resolved with additional federal funding, but the TSA’s traveler load continues to rise. The agency screened a record 771.5 million people in 2017, a year that saw nine of the agency’s 15 busiest days on record. The TSA said 97 percent of passengers waited less than 20 minutes last year, and almost 96 percent in the TSA PreCheck program breezed through in under 5 minutes.

The TSA is also researching future screening methods, such as fingerprint scanners that could allow your digits to serve as both identification and a boarding pass. Those tests began last summer in Atlanta and Denver.

Still, airport wait times may be a tough market to commercialize. Though an app will certainly be useful to those who pay for it, airports themselves are the most likely clients for such data, and they usually have limited budgets. Moreover, the PreCheck program, which has steadily grown its enrolled base, typically offers shorter wait times than the general screening line, especially at peak periods. As a result, the benefits of more transparency when it comes to wait times could be seen as competition.

“We learned long ago that there’s zero commercial interest in wait times,” Jordan Thaeler, co-founder and president of WhatsBusy, an analytics company based in suburban Houston, wrote in an email. “Nobody will pay to provide the information to travelers.”

Jeremy Black, chief commercial officer of Iinside, disagreed. “There are tons of players who would love to have this information,” he said in an interview. “We think there’s a market out there — otherwise we wouldn’t be doing this.”