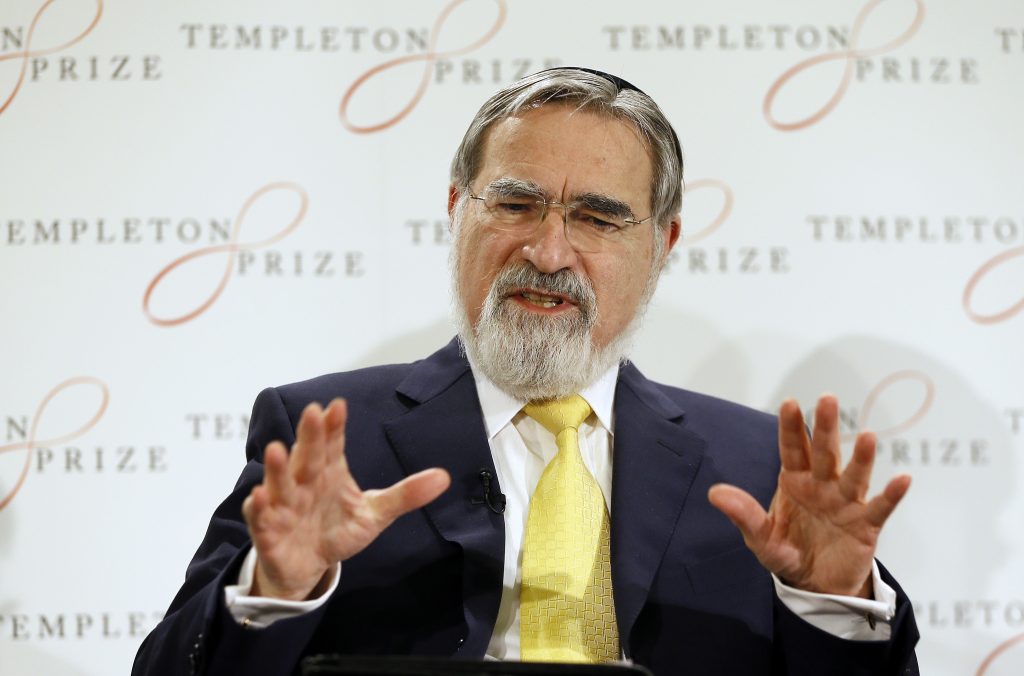 It is well known that world leaders rely on speechwriters to draft their speeches for them, the press of official business making it difficult if not impossible for them to do more than edit what others write.

Usually, those speechwriters work in anonymity, and the public figures who deliver their words get credit for whatever eloquence they contain, as well as blame for inaccuracies or bloopers.

So it was no surprise to learn that U.S. Vice President Mike Pence had help preparing his speech to the Knesset on Monday. What was surprising was the identity of a key contributor to the speech: former British Chief Rabbi Lord Jonathan Sacks.

White House officials revealed to the Times of Israel that Rabbi Sacks helped VP Pence with an address laden with biblical references that was regarded by many as the highlight of his two-day visit to Israel.

“Rabbi Sacks was an instrumental part of crafting the vice president’s speech,” a source with knowledge of the speech writing process said. “Rabbi Sacks provided input and editorial suggestions on various drafts throughout the writing process.”

Americans are “fierce advocates of the Jewish people’s aspiration to return to the land of your forefathers to claim your own new birth of freedom in your beloved homeland,” VP Pence said, adding that “the United States have always held a special affection and admiration for the people of the Book.”

“Descendants of Isaac and Ishmael are coming together in an unprecedented way,” he said at one point, alluding to growing covert cooperation between Israel and Sunni Arab states.

His recitation of the Shehecheyanu blessing in Hebrew was received with a tremendous ovation.

Some of those familiar with Rabbi Sacks’s own writings and speeches pointed to similarities between his style and the words spoken by VP Pence. For example, evoking Jewish history as “the story of an exodus, a journey from persecution to freedom, a story that shows the power of faith and the promise of hope” are themes and phrases that often resonate in the rabbi’s work.