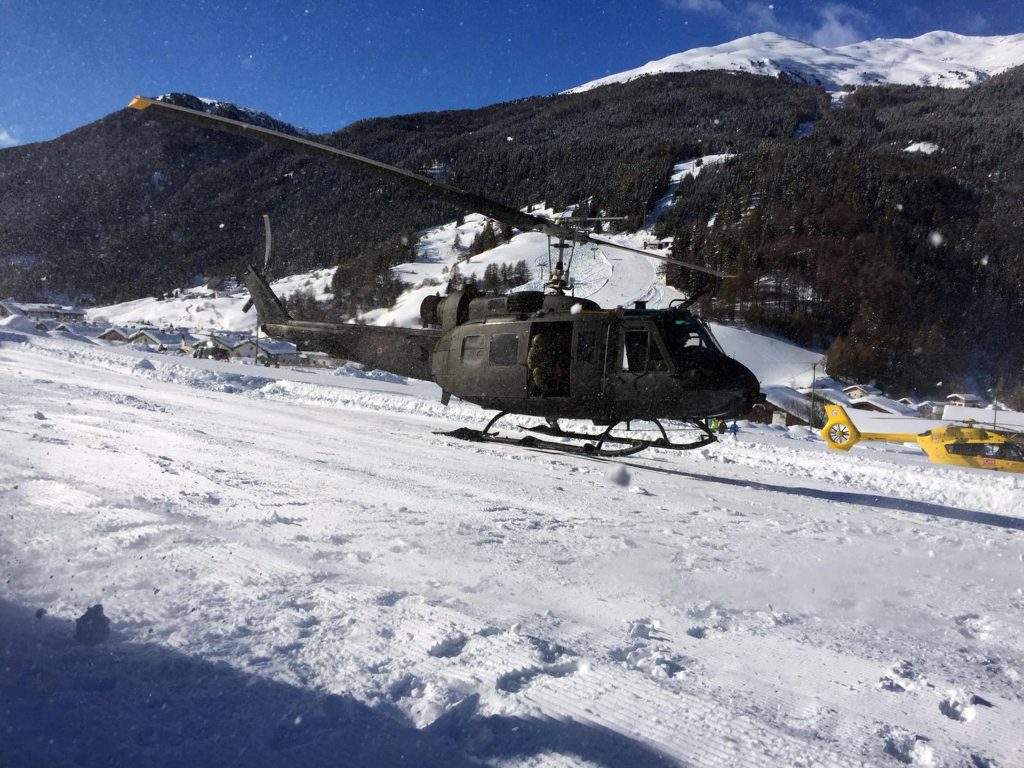 Four helicopters were evacuating some 100 tourists and hotel workers from a four-star mountainside hotel and a nearby guesthouse in northern Italy after an avalanche overnight, civil protection authorities said Tuesday as heavy snow caused disruption across the Alps.

The Langtauferer Hotel, located near the Austrian border at 6,135 feet above sea level and about 60 miles northwest of Bolzano, was not directly hit, but was in an area of extremely high risk for further avalanches, said Katia Squeo of the civil protection agency in Bolzano.

“The electricity was restored and the guests didn’t want to go, so the mayor ordered the evacuation,” Squeo said. “The avalanche risk is still present.”

The evacuation was taking place under clear conditions, with each helicopter ferrying seven people at a time to a school gymnasium in nearby San Valentino, where they were being fed and looked after.

A nearby guesthouse was also evacuated, and the whole village was cut off from the nearest major road, some 12 miles away, by the heavy snowfall and avalanche risk.

The whole northern crest of the Alps bordering Austria was under the highest avalanche risk following an extraordinary snowfall of up to two meters (6.6 feet), beating record levels dating to the early 1980s in some places, officials said.

The Langtauferer Hotel boasts views of a 12,000-foot summit and advertises itself as being ideal for skiers, who can start their runs right outside the hotel door. Martina Doene, the hotel’s manager, said the evacuees remained calm.

The civil protection agency said teams also were working to open roads to Val Senales, where thousands of tourists and residents had been isolated since Monday above Merano. The town itself was protected by avalanche barriers and they were at no immediate risk, Squeo said.

Heavy snow has created dangerous conditions and disrupted transport across the Alps.

In France, the Chamonix ski area at the foot of Mont Blanc was closed due to what officials said was the highest avalanche risk. Several major roads and tunnels in the area were shut down.

In Switzerland, a highway leading to the Gotthard tunnel toward Italy was shut. Swiss public broadcaster SRF reported that the A2 highway near Gurtnellen was hit by an avalanche and was temporarily closed in both directions.

The Swiss ski resorts of Zermatt, Andermatt and Saas-Fee are cut off from the outside world due to the risk of avalanches.

Heavy snowfall has also hampered the arrival of participants at the annual World Economic Forum in the Swiss town of Davos.

Schools in some cut-off villages in Austria’s western state of Tyrol remained closed Tuesday, according to Austrian broadcaster ORF.