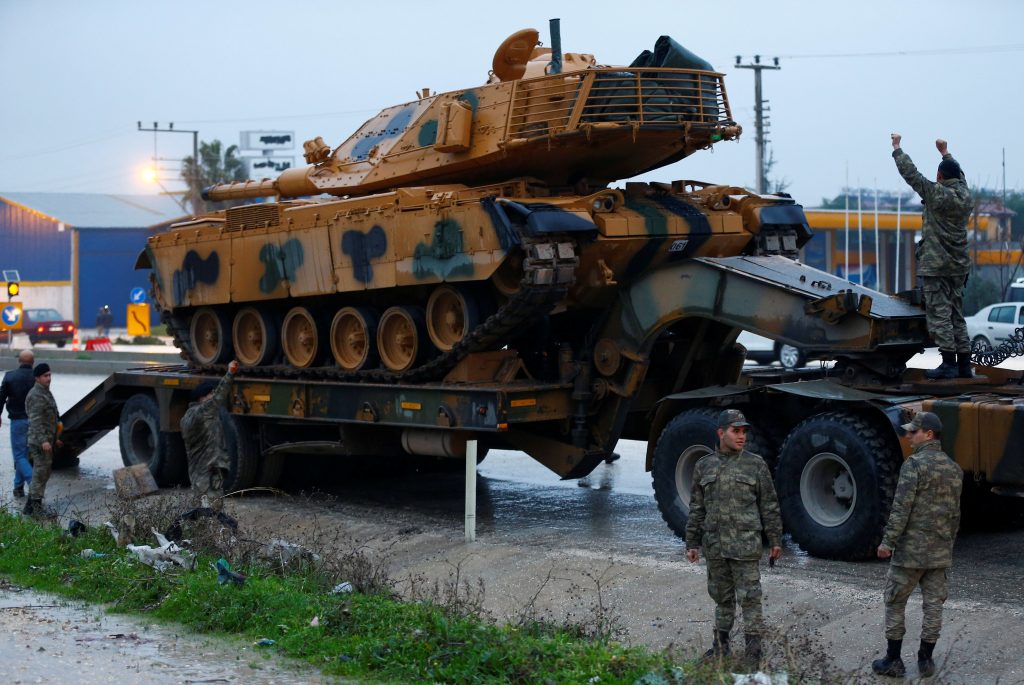 A missile fired across the border from Syria hit the Turkish border town of Reyhanli on Sunday, killing a Syrian national and wounding 32 people, NTV reported the town’s mayor as saying.

Turkish Deputy Prime Minister Bekir Bozdag also told reporters in Istanbul Reyhanli had been hit by a missile from across the Syrian border.

It is day two of what the Turks have dubbed Operation Olive Branch, a military campaign against Kurdish militant positions in northern Syria, which has seen artillery barrages and air strikes targeting the Afrin region.

Ankara wants to expel the Kurdish YPG militias it says are linked to the PKK, which has been fighting the Turks for more than 30 years. It also wants to drive out the anti-Assad Syrian Democratic Forces, which have a strong Kurdish core.

However this presents a major problem for NATO, as America is backing both groups as partners in the war against the IS, so the Turks are fighting the allies of their allies, and at a time when relations with Washington are at or near an all-time-low.