Business Automakers Put on a Show in Detroit as Policy Storms Loom in D.C.
Business 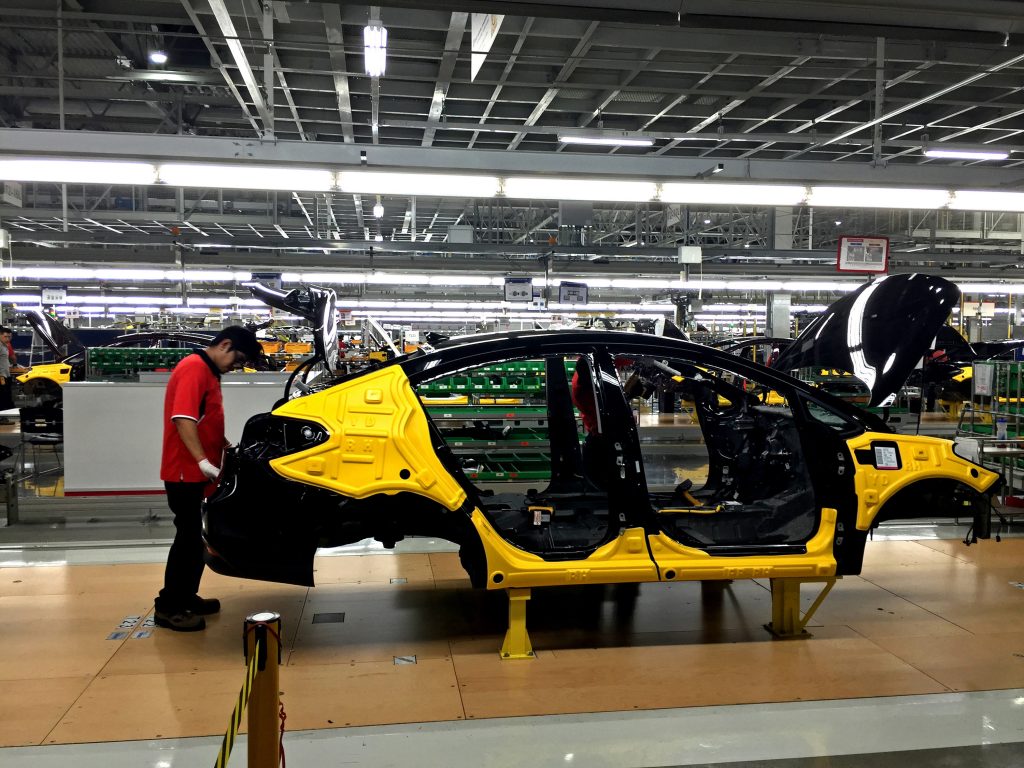 New models soaked up the spotlight at the Detroit auto show last week, but policy decisions coming from Washington in 2018 may do more to determine the health of the industry than anything since the industry’s U.S. bailout 10 years ago.

“I think this is going to be the most important public policy year since 2008,” for the auto industry, said Congresswoman Debbie Dingell, a Michigan Democrat and former General Motors Co. executive.

In that year, President George W. Bush, a Republican, gave GM and Chrysler emergency loans to keep them alive long enough for Barack Obama, a Democrat, to craft the $80 billion rescue plan that included the 2009 firing of GM Chief Executive Officer Rick Wagoner and the managed bankruptcy of both carmakers.

A long list of uncertainties comes as U.S. automakers are vying to maintain heady sales and profits while demand is beginning to stall following seven years of sales growth. Policy outcomes will be a big factor in whether the industry achieves that objective, said John Bozzella, CEO of the Association of Global Automakers, a trade group for mostly Asia-based automakers in the U.S.

“We have been on a roll,” Bozzella said. “A regulatory shock could certainly set us back, and I’m concerned that a withdrawal from NAFTA could be just that kind of shock.”

Entrenched supply chains carrying billions of dollars in parts, engines and cars freely between the U.S., Canada and Mexico will be disrupted if President Donald Trump follows through on threats to withdraw from NAFTA.

The Trump administration has proposed dramatic changes to NAFTA’s auto industry rules in a bid to bring more production jobs back to the U.S. Canada and Mexico have balked at the proposals, prompting concerns that Mr. Trump may withdraw from the agreement.

Jim Lentz, Toyota Motor Corp.’s CEO for North America, warned the fallout of withdrawal could undermine the competitiveness of U.S. vehicle exports, noting that since the pact took effect some 14 auto plants have been built in the U.S. compared to 11 new factories in Mexico.

“We export Highlanders to Russia. If we lose NAFTA, and if my costs go up, Russia is going to say, ‘You’re much more expensive now. You’re no longer competitive with the Toyota plant in China. I think I’m going to buy my Highlanders from China,’” Lentz said in an interview at the auto show. “That’s what I worry about.”

U.S. regulators also will soon signal the fate of Obama-era vehicle efficiency rules, which hold sway over investments in cleaner cars, trucks and SUVs. Car and light truck fuel economy standards from the National Highway Traffic Safety Administration are due by March 30. The proposal will signal how the Trump administration plans to alter ambitious efficiency targets enacted under Obama.

Automakers pressed Mr. Trump and other administration officials to take a second look at the standards, which carmakers say need adjustments in light of surging light-truck sales, low gasoline prices and tepid demand for plug-in vehicles.

Fiat Chrysler Automobiles NV CEO Sergio Marchionne told reporters at the show that he expects “some relaxation of the standards,” saying “there is a closer alignment of the industry with the administration today than we’ve seen in a long, long time.”

Automakers in 2011 agreed to a trio of coordinated rules overseen by the EPA, NHTSA and the California Air Resources Board that get more stringent each year, ending at a fleet average of more than 50 miles per gallon by 2025. That’s equivalent to about 36 miles per gallon in real-world driving. Several states that follow California’s clean air rules have said they would sue to prevent a rollback of the auto standards.

Automakers devoting substantial resources into autonomous vehicles, meanwhile are paying close attention to the Senate, where a self-driving vehicle bill is lingering after being derailed by opposition late last year. House lawmakers passed their own self-driving bill last fall.

The bills seek to establish the first regulatory framework for driverless vehicles and allow companies some workarounds to safety rules holding back the technology until formal rules can be written.

Michigan Senator Gary Peters, a Democrat and co-author of the Senate’s bill, in an interview described the bill as both a boon for road safety and a “moonshot for artificial intelligence” that will power self-driving cars.

“The technology in my mind is just as big as when the first car came off the assembly line,” Peters said.

Tommaso Ebhardt and Keith Naughton contributed to this story.