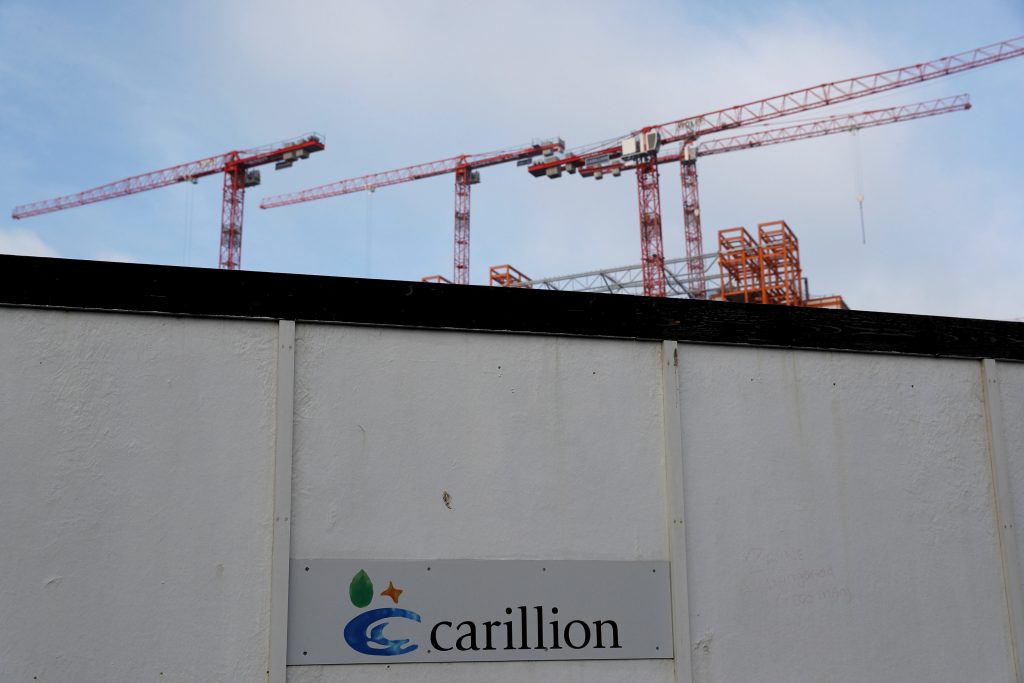 British construction and services company Carillion collapsed on Monday when its lenders refused to provide any further financial support, forcing it to enter compulsory liquidation. This came on the back of costly construction delays and a slump in new business.

The company, which employs 43,000 people including 20,000 in Britain, provides services in defense, education, health and transport. It said the government would provide the necessary funding to maintain the public services carried out by its staff.

“In recent days we have been unable to secure the funding to support our business plan and it is therefore with the deepest regret that we have arrived at this decision,” Chairman Philip Green said. “This is a very sad day for Carillion, for our colleagues, suppliers and customers that we have been proud to serve over many years.”

Tensions around the 200-year-old company have been ratcheting up for weeks, with the government holding a string of crisis meetings to discuss how they should respond.

Carillion was forced into compulsory liquidation after costly contract delays and a slump in new business left it at the mercy of its lenders and battling a ballooning debt pile.

The demise of the 200-year-old business poses a major headache for Theresa May’s government which has employed Carillion to work on 450 projects including the building and maintenance of hospitals prisons, defense sites and the country’s new superfast rail line.

Carillion has been fighting for survival since July when it revealed it was losing cash on several projects and had written down the value of its contract book by 845 million pounds ($1.16 billion).

With banks refusing to accept the group’s latest attempt to restructure, Prime Minister May’s senior ministers met around the clock in recent days, under pressure from the opposition Labour Party and unions not to use taxpayer money to prop up the failing company.

David Lidington, the minister in charge of the Cabinet Office that oversees the running of government, said his first priority was to ensure that public services continued. He urged the company’s staff to continue to work and said the government would pay their salaries. Some contracts handled by Carillion would go to alternative providers, he added.

The company’s collapse comes at a difficult time for the government as it negotiates its exit from the European Union.

“It is regrettable that Carillion has not been able to find suitable financing options with its lenders but taxpayers cannot be expected to bail out a private sector company,” Lidington said in a statement. “For clarity, all employees should keep coming to work, you will continue to get paid. Staff that are engaged on public sector contracts still have important work to do.”

Labour’s business spokeswoman Rebecca Long-Bailey called for a full investigation as to why the government continued to award Carillion contracts when it was clear it was in trouble.