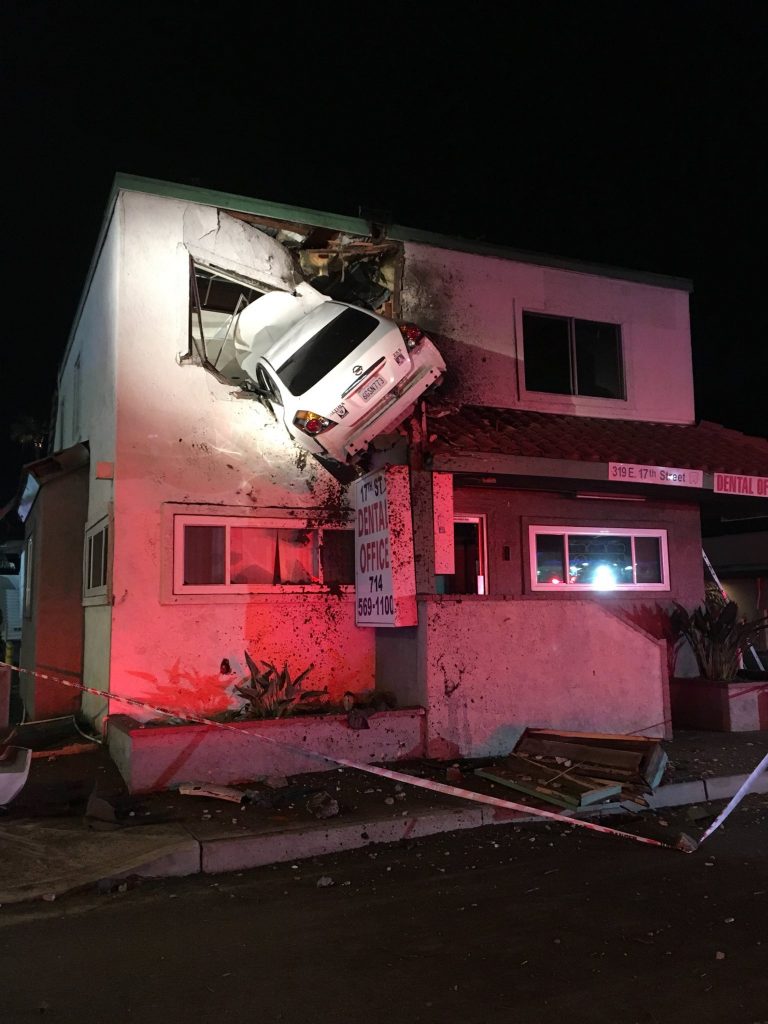 Authorities say two people escaped serious injuries when the car they were in went airborne and slammed into the second floor of a Southern California dental office.

Orange County fire officials say the Nissan Altima hit a center divider early Sunday, soared into the air, and plowed into the top floor of the two-story structure in Santa Ana.

The sedan’s front half was wedged inside the building while the back half hung out about 10 feet above a sidewalk.

Officials say a small fire injured one person who managed to get out of the car unassisted. Authorities had to rescue the second person.

Crews will use a crane to remove the car from the building.

Investigators are trying to determine if alcohol or illegal substances played a role in the crash.