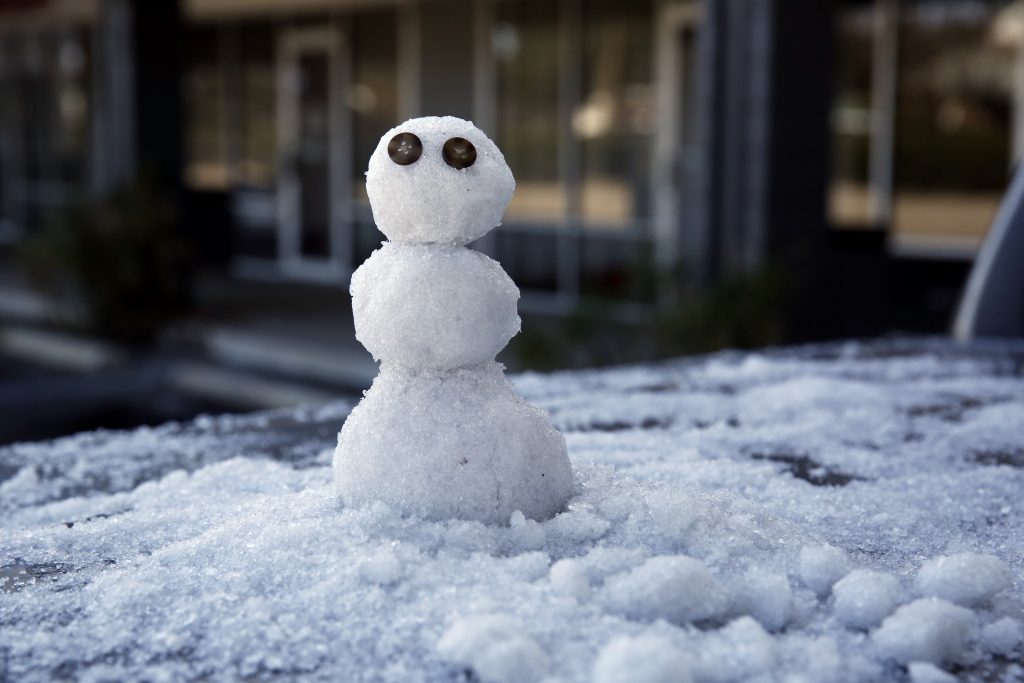 A brutal winter storm dumped snow in Tallahassee, Florida, on Wednesday for the first time in nearly three decades before slogging up the Atlantic coast and smacking Southern cities such as Savannah and Charleston, South Carolina, with a rare blast of snow and ice.

Forecasters warned that the same system could soon strengthen into a “bomb cyclone” as it rolls up the East Coast, bringing hurricane-force winds, coastal flooding and up to a foot of snow.

At least 16 deaths were blamed on dangerously cold temperatures that for days have gripped wide swaths of the U.S. from Texas to New England.

A winter storm warning extended from the Gulf Coast of Florida’s “Big Bend” region all the way up the Atlantic coast. Forecasters said hurricane-force winds blowing offshore on Thursday could generate 24-foot seas.

Schools in the Southeast called off classes just months after being shut down because of hurricane threats, and police urged drivers to stay off the roads in a region little accustomed to the kind of winter woes common to the Northeast.

In Savannah, snow blanketed the city’s lush downtown squares and collected on branches of burly oaks for the first time in nearly eight years. William Shaw, a Savannah native, used baby steps to shuffle along a frozen road from his home to the post office.

“It almost seems the town is deserted just like in the last hurricane,” said Shaw, 65. “There’s no one on the street. It’s got a little eerie feeling.”

Savannah saw measurable snowfall for the first time since February 2010. Up to 2 inches (5 centimeters) of snow and sleet were forecast Wednesday. Dump trucks spread sand on major streets ahead of the storm and police closed several bridges, overpasses and a major causeway because of ice.

The icy weather forced airports to shut down in Savannah and Charleston, where 3 to 4 inches (8 to 10 centimeters) of snow was forecast about 20 miles (32 kilometers) inland from the coast.

Interstate 95 was nearly an icy parking lot for 60 miles (97 kilometers) stretching north from the Georgia-South Carolina state line. State troopers couldn’t keep up with the number of reported wrecks as they climbed into the hundreds.

In Tallahassee, Florida, Michigan transplant Laura Donaven built a snowman 6 inches (15 centimeters) tall. The city tweeted that snow fell there for the first time in 28 years.

“It was very neat to see. It had been since the early ’90s since we got any snow like that,” said the 41-year-old hair salon owner. “I made a snowball and threw it at my dad.”

Authorities closed a stretch of Interstate 10 near the Florida state capital because of wintry precipitation.

The National Weather Service said snow and freezing rain was expected to spread up the coast and warned that icy roads and low visibility could make driving treacherous. Accumulations of 3 to 5 inches (8 to 13 centimeters) were possible in eastern North Carolina.

Meteorologists say most of the storm’s hurricane-force winds should stay out to sea until it nears Cape Cod, Maine and Canada. Weather Prediction Center lead forecaster Bob Oravec said coastal New England could see wind gusts up to 70 mph (113 kph).

Blizzard warnings were issued for the coast from Rhode Island to Maine. Oravec said he expects they could be extended as far south as parts of New York.

“It’s sort of akin to a hurricane travelling up the coast,” says Ryan Maue, a meteorologist at the private firm Weather.US. People “shouldn’t be as worried about the storm as they should be about the extremely cold air behind it. The actual impacts aren’t going to be a bomb at all. There’s nothing exploding or detonating.”

In Raleigh, North Carolina, hardware stores reported brisk sales of ice-melting compounds, pipe insulation and sleds as an inch (2.5 centimeters) of snow was forecast. At Seaboard Station, a collection of shops and restaurants near downtown, 71-year-old George Cathey was among the few people outside as the temperature hovered around 27 degrees (minus 3 Celsius).

“I dressed in layers so I can cope with the cold,” said Cathey, who wore a black knit cap, a pullover over his shirt and a heavy jack on top of that.

Georgia Gov. Nathan Deal declared a state of emergency through Friday for 28 counties. School systems on the Alabama coast waived uniform requirements so students could bundle up.

In central Florida, the state’s largest theme parks announced that water attractions such as Disney’s Typhoon Lagoon, Universal Orlando’s Volcano Bay and SeaWorld’s Aquatica were closed. Temperatures were running well below normal for this time of year, and the lows are expected to hover right around freezing.

Warming shelters were opened across the South as freeze watches and warnings blanketed the region.

In Prairieville, Louisiana, Valerie Anne Broussard struggled overnight to keep warm in a house that is being rebuilt after the 2016 floods that hit the small community southeast of Baton Rouge. Her home has exterior walls and floors but no insulation, no central heating and only a few working electrical outlets. Eggs that she left on the kitchen counter have frozen and broke open.

“It’s like a camping trip that I didn’t sign up for,” said Broussard, who’s been huddling with her 8-year-old daughter, newborn baby and friend in a bedroom warmed by space heaters.

Making the most of the South’s bitter cold snap, the North Carolina Zoo in Asheboro offered discounted tickets for those willing to brave the cold to see polar bears frolic in their kind of weather, along with Arctic foxes and elk. African elephants, lions and gorillas were sheltered out of public view.

As the cold pushed farther northward, Jerry Gorans found himself stunned by the frigid temperatures as he walked along the waterfront City Dock of Annapolis, Maryland, where birds stood still on icy water.

“This is the coldest I’ve been in probably 50 years,” said Gorens, who lives in Fresno, California, and was visiting his wife’s family in Maryland. “I mean, this is freezing cold. My feet hurt, my ears hurt.”