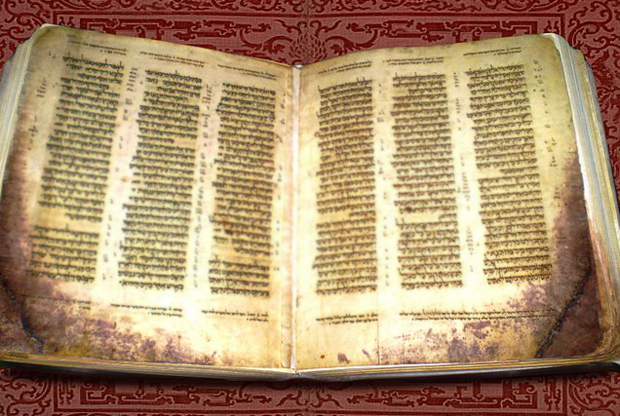 The atmosphere in the mourners’ tent on Arlozorov Street in Holon is serious and pain-laden. At the head of the mourners sits the last Rabbi of Syrian Jewry, Rabbi Avraham Hamra. His daughter Louza-Aliza Azan, a”h, perished, along with three of her children, in a tragic fire that broke out in her Flatbush home.

“We do not know the accounts of Heaven,” Rabbi Hamra says, justifying G-d’s will, “but we must wake up.” Hot tears stream from his eyes. His 13-year-old grandson, Avraham Azan, “an ember saved from the flames,” sits beside him. They attempt to strengthen and console one another.

“Louza was born in Damascus 39 years ago,” he relates, reliving his days in Syria, where he served as the spiritual beacon for the local Jews. “When she was born, our house was already a second home to the Jews of Damascus, as well as for all Syrian Jews,” says Rabbi Hamra, who was also known as “Chacham al-Akbar” — the great sage of Syrian Jewry.

The attitude toward the Jews in Syria at that time was bearable, but they were forbidden to leave their homeland. A turning point was reached during the summer of 1992. Syrian President Hafez al-Assad, fearing the rising power of the United States in the Middle East in light of their invasion of Iraq and the first Gulf War, announced that he would allow some 2,000 Jews to depart Syria.

Rabbi Hamra was in charge of the reception and absorption of many of these Jews in various American states, especially in New York. However, a few months after the emigration of Jews was approved, permission was rescinded. Thankfully, this position only lasted a few months, because immediately after Bill Clinton’s election as president of the United States, he met with Assad and, following that meeting, Syrian Jews were allowed to emigrate to any country of their choice — except Israel.

This time around, the Jews were also allowed to take their belongings with them. Rabbi Hamra worked around the clock, transferring Jews and their precious, holy books to outside of Damascus’s borders. For two and a half years, Rabbi Hamra accomplished the unbelievable — enabling more than 4,000 Jews to begin new lives in the United States and, eventually, Eretz Yisrael.

After arriving in the United States, his daughter Louza married Yossi Azan. Together they went on to establish a home of Torah education and gemilus chassadim, as Louza had witnessed in her father’s house. The Azan family was Rabbi Hamra’s pride and joy. Their home became a haven for Syrian Jewry in Flatbush, as every individual who passed through their doors was greeted with warmth and acceptance.

Until that fateful sixth night of Chanukah.

The flames of the Chanukah candles that flickered with confidence and faith in the home of the Azan family did not portend any of the tragic consequences that would occur there during the night. The family, who had returned from a family simchah, stood in front of the candles and made the blessing loudly: “He who did miracles for our ancestors in those days and in these days.”

Only hours later, those tiny flames morphed into a terrifying inferno, engulfing the home and its inhabitants — who were now, truly, in need of miracles. All at once, a home that was a lifeline of giving and faith was cut off. Fire and smoke rose to the sky, bearing pure offerings to heaven. Rabbi Hamra says in a tearful voice: “They were the finest Chanukah candles.”

Since his departure from Syria, Rabbi Hamra has focused on retrieving the lost sefarim of Syrian Jewry to the community, particularly the rare manuscripts of Keter Aram Soba, also known as the Aleppo Codex — the earliest manuscript version of the Tanach, written nearly 1,000 years ago in Spain and Italy. The “Crown” has been zealously preserved by the Jews of Syria for many generations and accorded the great respect and reverence it is due, even as Syrian Jews point out that its merit has protected them throughout the years.

But this week, Rabbi Hamra sits in sorrow; the fire in his eyes has been extinguished.

His crown has been taken.