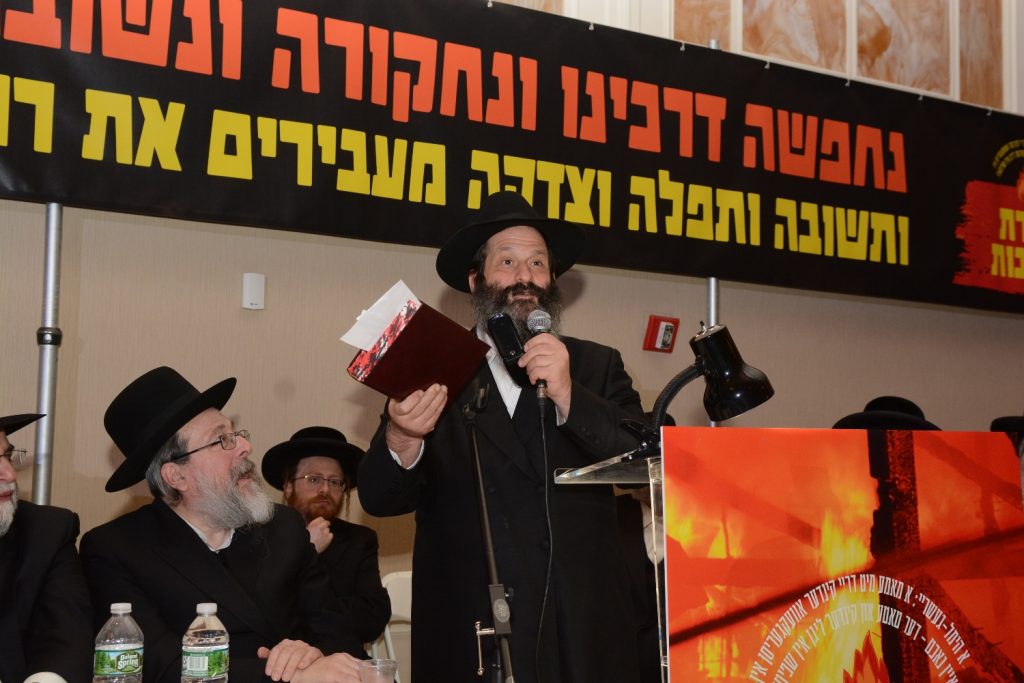 When we see things happen that give us conflicted feelings and that we can’t make sense of, a Yid digs deeper into the emunah he has deep within his neshamah.

I’m a simple person, but I was thrust into a difficult situation that left me with a choice to go through it like a Yid or not to, and baruch Hashem, I went through it like a Yid. When a person has a nisayon, the first thing to know is that it is coming from the Eibershter and you can only withstand it by holding onto the Eibershter even stronger. That’s what I learned in yeshivah and that’s what I believe.

We all want to have bitachon. We have to know that bitachon is not positive thinking; it’s not what you read about in self-help books. It’s a deep feeling that the Eibershter is with you and that He wants you to daven to Him and to know that He is listening to you. Halevai that I could daven here like I davened while I was in prison, but I’m trying.

Emunah means believing that everything is l’tovah, even if you don’t understand it. Bitachon is a trust that Hashem will give you what you need. But how do these two ideas go together? Once something happens to a Yid, if he lives with emunah, he says gam zu l’tovah. But, at the same time, for what he needs for tomorrow, he trusts that Hashem will do for him what he feels he needs. With that attitude, a Yid can live with simchah every day and not get disappointed if things don’t go the way he wanted them to.

One of the biggest nisyonos I had while I was in prison was watching my eyes. There are screens and all sorts of things that I didn’t want to see, all around. All of the sefarim talk about how Hashem revealed himself to every Jew at Har Sinai, because there is no doubt that something you see with your eyes is true. The nisayon of our generation is rooted in watching all the screens that are around us or that we work on or carry with us. But, really, by watching these screens, you are training yourself not to believe what you see. We know there is such a thing as special effects and what you see on a screen may not be real.

It damages a Yid’s sense of sight and makes him numb to the impression that seeing heilige things should make on him, to see a heilige Shabbos or the face of a holy Yid. How I yearned to see a Yiddishe panim over the last eight years!

When I came out, I saw that while I was in prison, everyone in the world became a photographer. Everybody that came to give me shalom aleichem held up their phone and posed. They called it a selfie. I didn’t know what they were talking about; nebach, by now, I’ve gotten used to it.

I wrote a letter to the kids in Stoliner Yeshivah about staying up in my cell to say Selichos at chatzos. It was quiet all around, but I tried to imagine the times I was in shul. I thought back to the years I said Selichos in 770, how the Rebbe would come in and the whole place would get quiet, and the chazzan would start Ashrei. I replayed all those images in my mind and it inspired that one Yidel sitting alone in prison. I wrote to the kids that when you watch technology, you are damaging your chush hatziur, your imagination. You will have times in your life when you will want to imagine your Rebbi or your Rosh Yeshivah or Rav and it will be difficult for you.

We are all looking to take hisorerus from this asifah, to grow in emunah and bitachon. Imagine … if from this tragedy people would make a commitment to put away their iPhone and [imagine if they would] tell others about it. Image what a zechus it would be for the neshamos of the niftarim and for those who survived and need refuos.

Everybody focuses on hishtadlus, because that is something we can understand, but the truth is that a Yid is much higher than that. Some people, when they are faced with tzaros that they see no way out of, give up. But the Yiddishe approach is just the opposite: to realize that what it really means is that Hashem is saying to throw Him the package and He will take care of it.