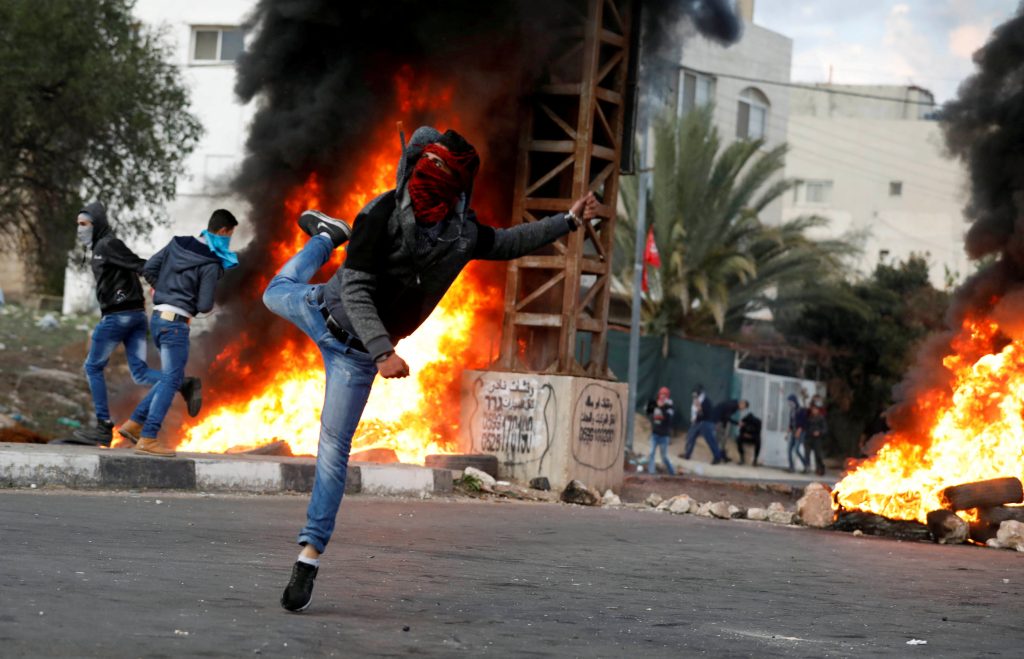 Thousands of Palestinians took to the streets of Gaza, Yehudah and Shomron for the fourth consecutive Friday in protests against U.S. President Donald Trump’s recognition of Yerushalayim as Israel’s capital.

Palestinian health officials said at least 50 protesters had been wounded by live fire, mostly along the Gaza border. An Israeli military spokeswoman said soldiers had shot at the “main instigators” who she said posed a direct threat to the troops and who were trying to damage the border security fence.

The spokeswoman said about 4,000 Palestinians across the region, some throwing rocks and fire bombs and setting tires on fire, confronted Israeli soldiers, who responded mainly by firing tear gas.

In Gaza, demonstrators chanted “Death to America, death to Israel, and death to Trump” and terrorists fired rockets into Israel, drawing strikes by Israeli tanks and aircraft.