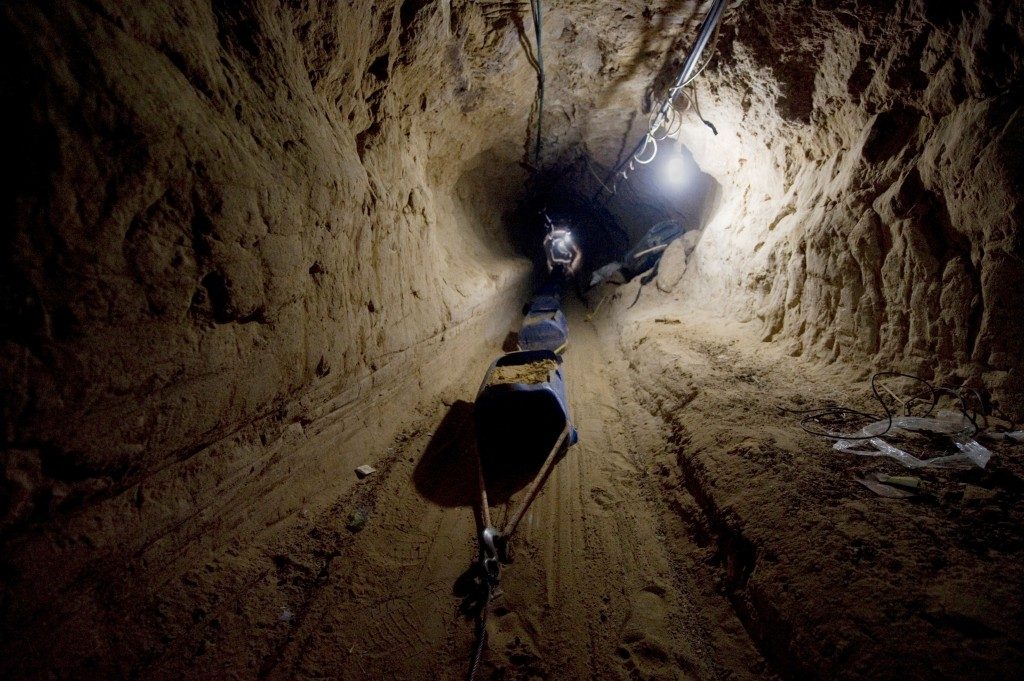 The IDF hit Hamas installations Motzoei Shabbos, with planes bombing at least one shooting tower near the Gaza border fence. The tower fell, and IDF bombs created craters in the ground — revealing a terror tunnel beneath the structure.

The strike came after Gaza terrorists fired missiles at Israeli targets Friday afternoon. One building suffered a direct hit from one of the three missiles fired, with the other two falling in open areas. In response, IDF planes and tanks hit several Hamas targets in Gaza on Friday, and again Motzoei Shabbos. The missiles from Gaza were fired at communities near the Gaza border Friday afternoon, coinciding with a memorial ceremony for IDF soldiers Oron Shaul and Hadar Goldin, Hy”d. Shaul and Goldin went missing in August 2014, during Operation Protective Edge, and their remains are being held by Hamas.

On Motzoei Shabbos, Defense Minister Avigdor Liberman said in an interview that the rockets that were fired at Israel Friday afternoon were manufactured in Iran. “Iran has supplied these missiles to numerous terror groups; it’s too soon to tell which one fired them,” Liberman told Hadashot News. “But an examination of the missiles indicates that they are from Iran.”