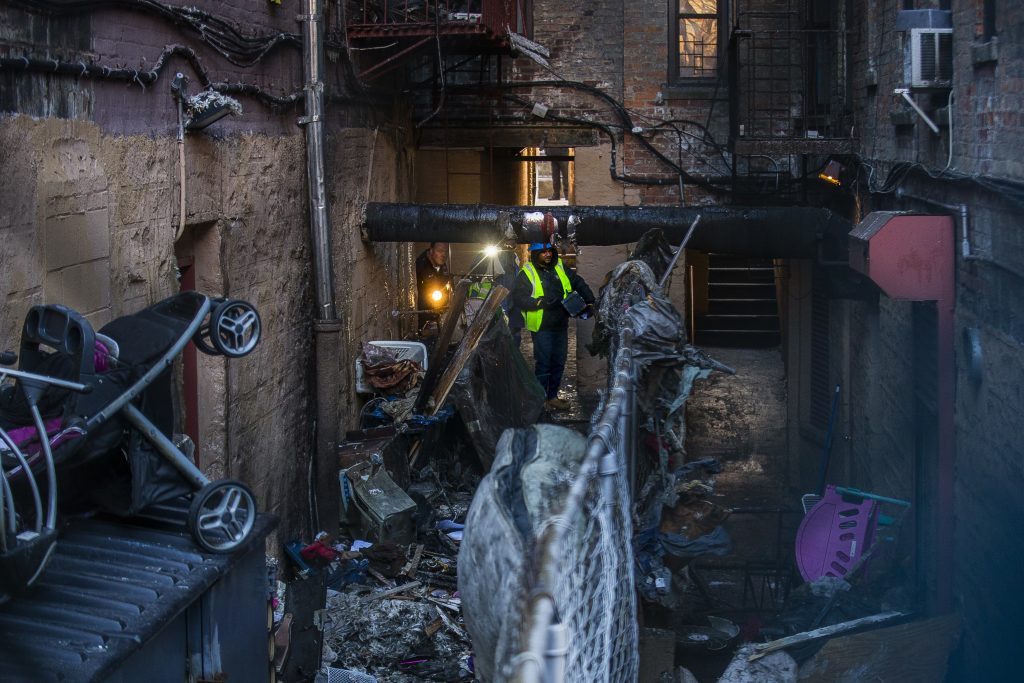 New York City’s deadliest residential fire in decades was accidentally lit by a 3 ½-year-old boy playing with the burners on his mother’s stove, officials said Friday.

The flames spread quickly through the kitchen, then roared through a door the boy’s mother had left open as she fled her first-floor apartment with the boy and her other child, Fire Commissioner Daniel Nigro said. A stairwell acted like a chimney, carrying the flames through the entire building within minutes and blocking the main escape route.

“We were told the boy had a history of playing with the burners and turning them on, and before the mother knew it, this fire had gotten a good hold of the kitchen,” Nigro said.

Excluding the Sept. 11, 2001, terror attacks, it was the deadliest fire in the city since 87 people were killed during a social-club fire in the same Bronx neighborhood in 1990.

The blaze broke out on the first floor of a five-story building just before 7 p.m. and quickly tore through the century-old structure near the Bronx Zoo.

Many residents of the building, a mix of native New Yorkers and Latino and African immigrants, were able to flee via fire escapes. At least 20 people were clambering down the icy, metal escapes when firefighters arrived, Nigro said. But the flames moved so fast that some never made it out of their apartments.

About 170 firefighters worked in 15-degree temperatures to rescue a dozen people from the building.

Thierno Diallo, 59, a security guard originally from Conakry, Guinea, who lives in a ground-floor apartment, said he was asleep when he heard banging on the door. It took him a moment to realize what was happening.

He ran outside in his bathrobe, jacket and sandals.

Kenneth Kodua, 37, said he left his apartment to get food, leaving his roommate behind, and came back to find people fleeing in a panic.

Hours later, he was still trying to find out whether his roommate had escaped.

Many questions remained in the immediate aftermath of the blaze, including how the fire spread so quickly in a brick building built after catastrophic fires at the turn of the 20th century ushered in an era of tougher enforcement of fire codes.

The building had more than 20 units. It was not new enough that it was required to have modern-day fireproofing, like sprinkler systems and interior steel construction.

Witnesses described seeing young girls who had escaped standing barefoot outside with no coats.

Twum Bredu, 61, arrived in the neighborhood looking for his brother, who had been staying with a family in the building. The family, a husband and wife and four children, got out. But there was no word about his brother.

“I’ve been calling his phone, it’s ringing, but nobody picks up,” Bredu said. “He was in his room, and we don’t know what happened.