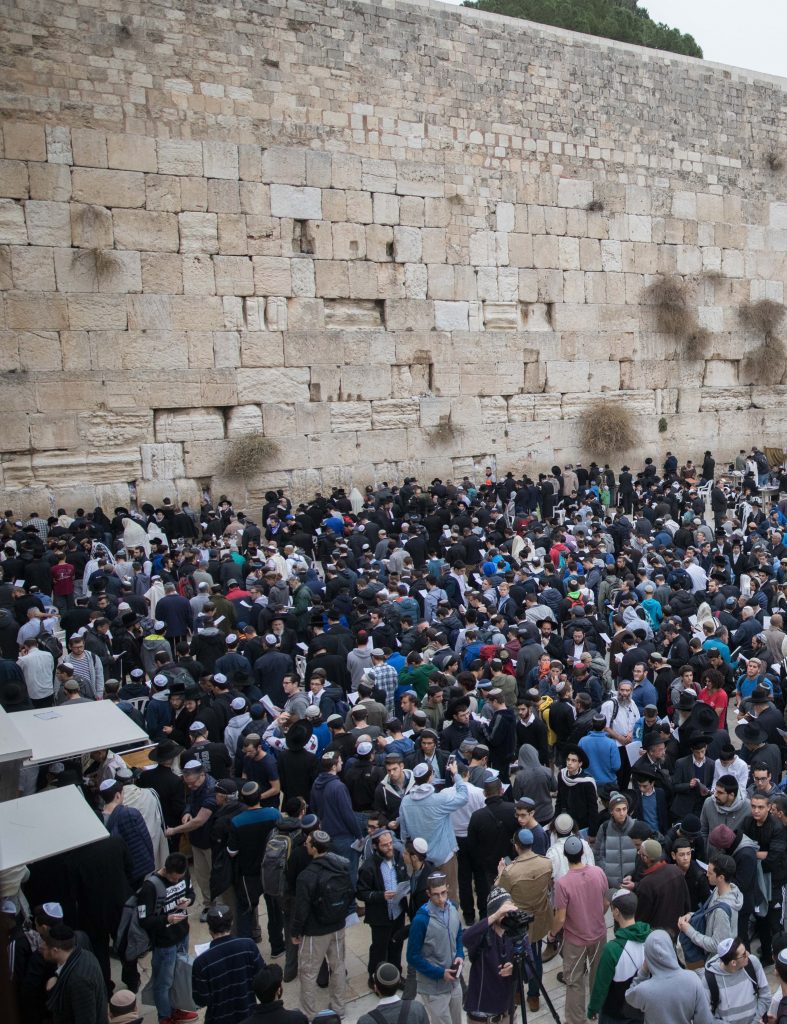 Thousands of people participated in a special gathering for tefillos at the Kosel on Thursday night at the conclusion of the 10th of Teves fast to ask for rain in what threatens to be the fifth consecutive year of drought conditions.

The tefillos were intended as a response to the prediction  of Israeli meteorologists that dry conditions will continue at least through January.

Agriculture Minister Uri Ariel (Jewish Home), who initiated the event, said that “after four years of drought, so far there has been less rainfall than the multi-annual average, and this winter looks like it will be another drought. I am happy that the public responded to the prayers and brought umbrellas.”

Ariel also outlined the hishtadlus, practical measures, being taken to cope with the lack of rain:

“In the past year, we have done much to improve the situation of farmers in the water sector, reducing the price of fresh water by about 20 percent. We have formulated, together with the Water and Energy Ministry as well as the Finance Ministry, an outline adopted by the Water Authority whereby there will be no cutback [in water provided to farmers] without compensation.

“At the same time, the Agriculture Ministry is working to invest in water-saving crops and directing the water to orchards over field crops while encouraging farmers to switch to more efficient uses of water, and we will continue to make efforts to benefit the farmers,” Ariel added.

Since last winter, the Kinneret has received only 10 percent of its annual average inflow, and by February had reached its lowest level in nearly a hundred years.

As of the last measurement, the water level there stood at 703 feet (214 meters) below sea level, several feet below the point at which experts warn of damage to the ecosystem and water quality.