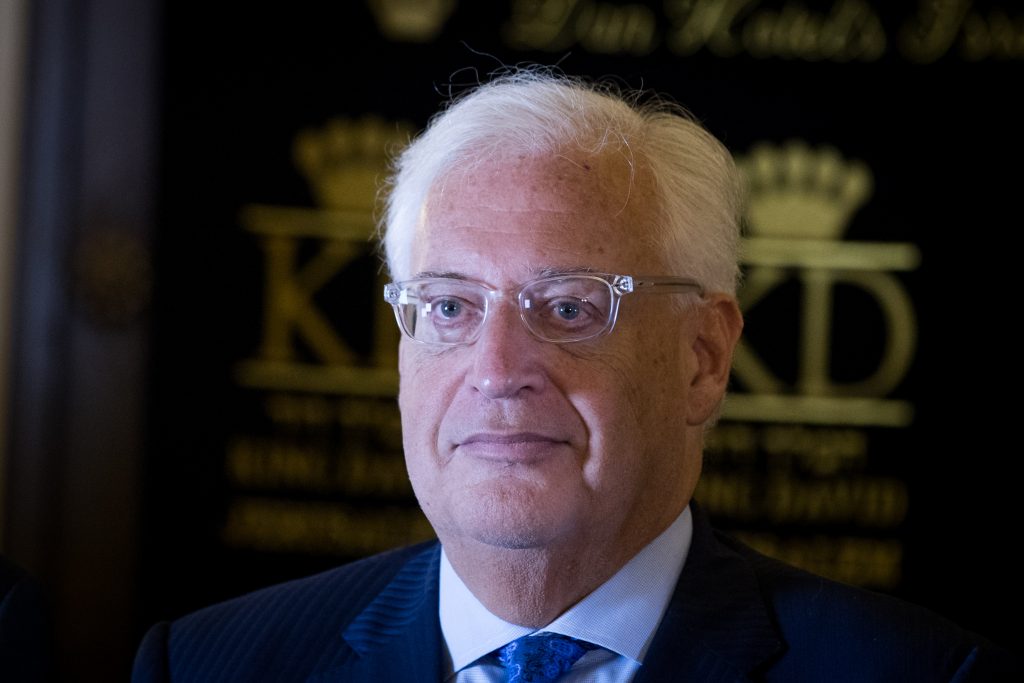 U.S. Ambassador to Israel, David Friedman, rebuked the Palestinians for “ugly, needlessly provocative and anti-Semitic” rhetoric in their response to President Donald Trump’s declaration on Yerushalayim.

Friedman, who had been a strong proponent of the move, told The Jerusalem Post in an interview on Thursday that the Palestinian reaction was “largely emotional,” that they “unfortunately overreacted,” in view of the fact that Trump made clear that the U.S. was “not taking a position on any final status issues, including the specific boundaries of the Israeli sovereignty in Jerusalem.”

However, despite the current turmoil — including a Palestinian Authority boycott of the ambassador and other American officials — he believes that eventually they will resume communications.

“There is no path around the United States,” he said. “Israel has made it clear that they will not engage under the sponsorship of any other nation. You cannot clap with one hand. Moreover, only the United States has the regional credibility to bring forward a historic peace agreement.”

When asked whether Trump’s declaration on Yerushalayim would raise his support among American Jewry, Friedman praised the president and said he deserved recognition for what he’s done.

“I firmly believe that American Jews of all streams owe the president an enormous debt of gratitude for his historic decision in favor of Jerusalem. While the president didn’t reach his decision in order to curry favor with any constituency, he certainly deserves all the thanks that he has received.”

Trump will go down in history “as one of Israel’s greatest friends,” Friedman said, and “we must all recognize and applaud the courage and moral clarity displayed by the president in affirming, against the wishes of so many other nations, the centrality of Jerusalem to Israel and the Jewish people.”