World FOCUS: A Massive Price Tag to Rebuild Iraq After IS
World 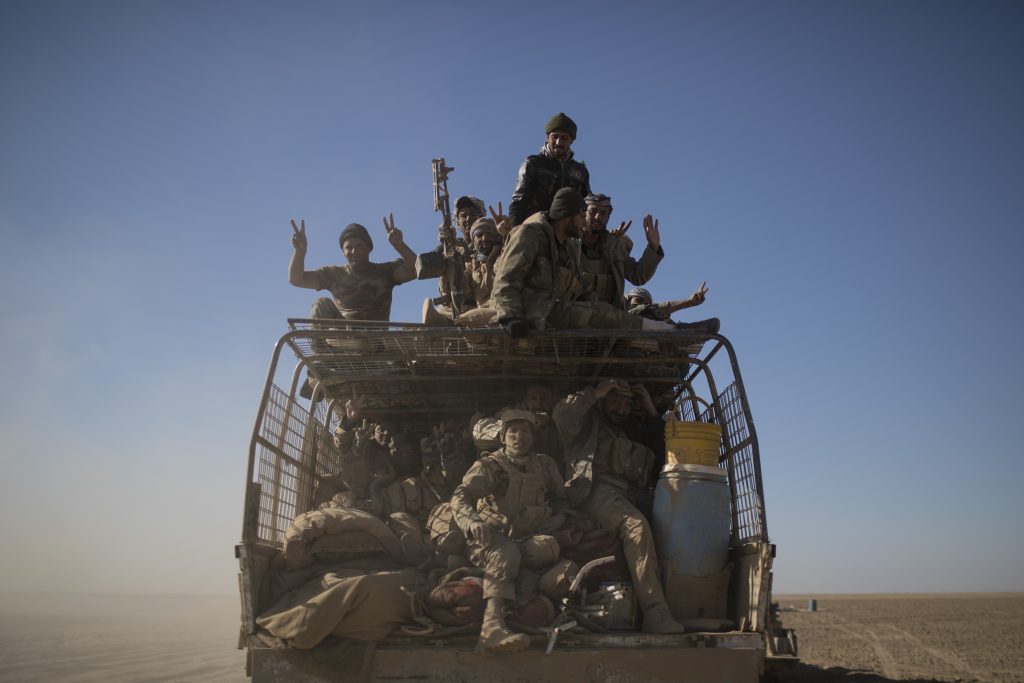 It will take years to haul out the rubble that weighs down Mosul’s Old City. More than 3,000 tons cover every acre, and much of the shattered concrete and twisted metal that once made up people’s homes and shops is laced with explosives and unexploded ordnance.

The debris field marking the district where the Islamic State terror group made its last stand extends for nearly 2-½ miles along the western bank of the Tigris River and is more than a mile wide — and throughout, hardly a single building is left unscathed. The Old City has the densest wreckage, but nearly every neighborhood in the western half of Mosul has entire blocks in ruins, and all five bridges crossing the Tigris have been disabled by airstrikes.

This is just one corner of the destruction that three years of war wreaked across northern and western Iraq. The U.S.-led coalition and Iraqi forces defeated IS terrorists, but the cost of victory is nearly incalculable. Baghdad estimates $100 billion is needed nationwide to rebuild. Local leaders in Mosul say that amount is needed to rehabilitate their city alone.

So far no one is offering to foot the bill. The United States has told the Iraqis it won’t pay for a massive reconstruction drive. Iraq hopes Saudi Arabia and other Gulf countries will step up, and Iran may also take a role. U.N. projects are repairing infrastructure in nearly two dozen towns and cities, but funding is a fraction of what will be needed. As a result, much of the rebuilding has come from individual Iraqis using personal savings.

In the meantime, many of those who fled IS or the fighting remain uprooted. While 2.7 million have returned, more than 3 million others cannot and they languish in camps. Worst hit is Mosul; the U.N. estimates 40,000 homes there need to be rebuilt or restored, and some 600,000 residents have been unable to return to the city, once home to around 2 million people.

Corruption and bitter sectarian divisions make things even harder. The areas with the worst destruction are largely Sunni, while the Baghdad government is Shiite-dominated. The fear is that if Sunni populations feel they’ve been abandoned, resentment will feed the next generation of terrorists.

If Mosul is not rebuilt, “it will result in the rebirth of terrorism,” said Abdulsattar al-Habu, the director of Mosul municipality and reconstruction adviser to Nineveh province, where the city is located.

Mosul, overrun by IS in 2014, was declared liberated in July, after a months-long battle that inflicted its greatest destruction on its western sector. An Associated Press investigation found at least 9,000 civilians died in the assault to retake Mosul.

The enormity of the task ahead can be grasped by what has — and hasn’t — happened in Ramadi, which was liberated from IS two years ago. More than 70 percent of the Anbar provincial capital remains damaged or destroyed, according to the provincial council.

Nearly 8,300 homes — almost a third of the houses in the city — were destroyed or suffered major damage, according to U.N. Habitat. Repairs have begun on only three of the five damaged bridges over the Euphrates River. Three-quarters of the schools remain out of commission. The Anbar provincial council holds its meetings in a small building down the street from the pile of rubble that was once its offices.

Ahmed Shaker, a council member, said, “When we asked the government for money to rebuild, they said, ‘Help yourself, go ask your friends in the Gulf'” — a reference to fellow Sunnis.

Halayl Sharqii, 75, and his wife Hanna borrowed money from extended family and got some help from a Qatari aid organization and managed to rebuild their destroyed two-room house. All around, other houses are in similar states of semi-repair, some still missing walls. Weeds are thick around abandoned homes.

Most of Ramadi’s pre-IS population of around a half million has returned. But like many, the Sharqiis returned out of desperation, not hope. Their savings were drained. “We had no other choice,” Halayl said.

The main engine for rebuilding has been the U.N. development agency, known as UNDP, which runs a stabilization program rehabilitating infrastructure and some homes.

But funding is far lower than what Iraq says it needs. So far, stabilization has received some $392 million. The United States and Germany are the top two donors, at $115 million and $64 million respectively.

Overall, Washington has contributed $265 million to reconstruction since 2014, on top of $1.7 billion in humanitarian assistance — compared to $14.3 billion it spent in fighting IS in Iraq and Syria.

Baghdad had expected American money would flow in after the defeat of IS, said a senior U.S. official who regularly meets with Iraqi leadership. But Secretary of State Rex Tillerson has said the United States is no longer in the business of “nation-building.”

“We just tell them, no, it’s not going to happen,” the U.S. official said.

The official said many in Washington believe past efforts in Iraq didn’t yield adequate returns and there is little appetite for large international reconstruction projects. After the 2003 toppling of Saddam Hussein, the U.S. pumped $60 billion over nine years into Iraqi reconstruction. Critics say the money did little to prevent political disarray and the rise of terrorists in Iraq.

Douglas Silliman, the U.S. ambassador to Iraq, blamed destruction squarely on IS fighters.

“Had they not been here, had they not conducted a completely brutal and inhumane campaign against the Iraqi people, this destruction would not have happened,” he said.

Amar Ismail Brahim, one of the few in Mosul’s Old City who have managed to re-open a shop, also blames the terrorists. But he says the U.S. and the West have an obligation to back rebuilding.

“We fought Daesh on behalf of the whole world,” he said, using the Arabic acronym for the group. “Now is the time for them to stand with Mosul.”