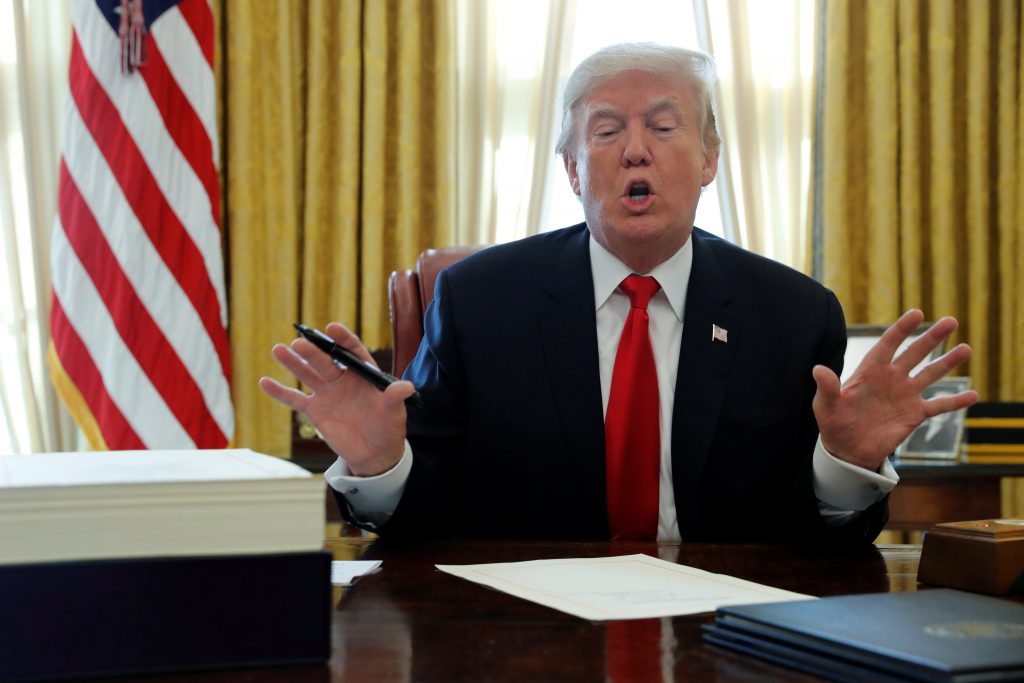 After a quiet Dec. 25th, President Trump is back at work – on Twitter.

Pres. Trump began his day criticizing the FBI and claiming the now-famous dossier containing allegations about his connections to Russia and possible coordination between his campaign and the Kremlin is a “pile of garbage.” Pres. Trump, who is vacationing at his private estate in Mar-a-Lago, appeared to be watching and quoting from the morning cable-news show on Fox while tweeting.

“WOW, @foxandfrlends ‘Dossier is bogus. Clinton Campaign, DNC funded Dossier. FBI CANNOT (after all of this time) VERIFY CLAIMS IN DOSSIER OF RUSSIA/TRUMP COLLUSION. FBI TAINTED.’ And they used this Crooked Hillary pile of garbage as the basis for going after the Trump Campaign!,” Pres. Trump tweeted.

The Hillary Clinton campaign and Democratic National Committee helped fund the dossier, which was first published by BuzzFeed in January. Officials have said that some of the information it contains has been corroborated, but other parts – remain unverified.

Pres. Trump and congressional Republican leaders are ramping up their criticism of the FBI, in an effort to discredit special counsel Robert S. Mueller III and his investigation into potential coordination between the Trump campaign and the Kremlin. On Dec. 24th, Pres. Trump attacked FBI Deputy Director Andrew McCabe, who now plans to retire amid increasing criticism from Republicans.

Pres. Trump has no public events on his official schedule Tuesday and he headed out to Trump International Golf Club shortly after sending his morning tweets. He is golfing there with Sen. David Perdue, R-Ga.,and others.

Earlier Tuesday morning, Pres. Trump touted the tax cut bill he signed into law last week before leaving Washington for his year-end vacation. He took a jab at the individual mandate in the Affordable Care Act, and promised to “develop a great new HealthCare plan” to replace it.

“Based on the fact that the very unfair and unpopular Individual Mandate has been terminated as part of our Tax Cut Bill, which essentially Repeals (over time) ObamaCare,” Pres. Trump tweeted, “the Democrats & Republicans will eventually come together and develop a great new HealthCare plan!”