Israel IDF Prepares for Another ‘Day of Rage’
Israel 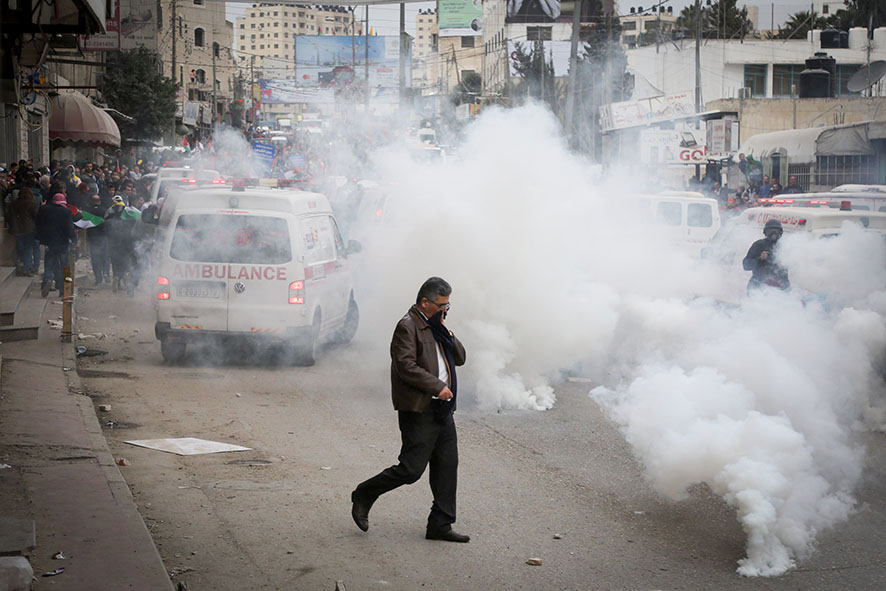 Once again Hamas and radical Islamist groups are calling for a “day of rage” against Israel in protest against the recent announcement by President Donald Trump that the United States recognizes Yerushalayim as Israel’s capital. Hamas top terrorist Yahya Sinwar called on Gazans and Arabs in Judea and Samaria to “confront the soldiers of the occupation, fight and destroy them wherever they are.” The IDF is preparing for riots in the usual places, including in Ramallah, Jenin, and several neighborhoods of Yerushalayim.

IDF soldiers used antiriot measures to break up the crowds, and were largely successful in keeping rioters away from Israeli civilians. No Israeli injuries were reported Thursday.

This will be the third day of rage declared over the Trump declaration. Last weekend Arabs rioted in several areas, throwing rocks and firebombs at IDF soldiers. Israeli forces used anti-riot measures to break up demonstrations. IDF forces were deployed around Kever Yosef, after reports that Arabs had been organizing over the weekend a major riot at the site on social media.

Arabs in Yaffo last Shabbat also held a large demonstration against the Trump declaration. That demonstration passed in an orderly manner, although loud proclamations against Israeli sovereignty in Yerushalayim were heard. Numerous arrests were made, including one of an Arab who was arrested in the Old City after he threw a rock at menorah outside a house.

Overnight Thursday Arabs threw stones at Israeli vehicles on the road between Yerushalayim and Maale Adumim. Several vehicles were damaged. IDF soldiers and police began a search for the culprits, and several arrests were made, the army said.