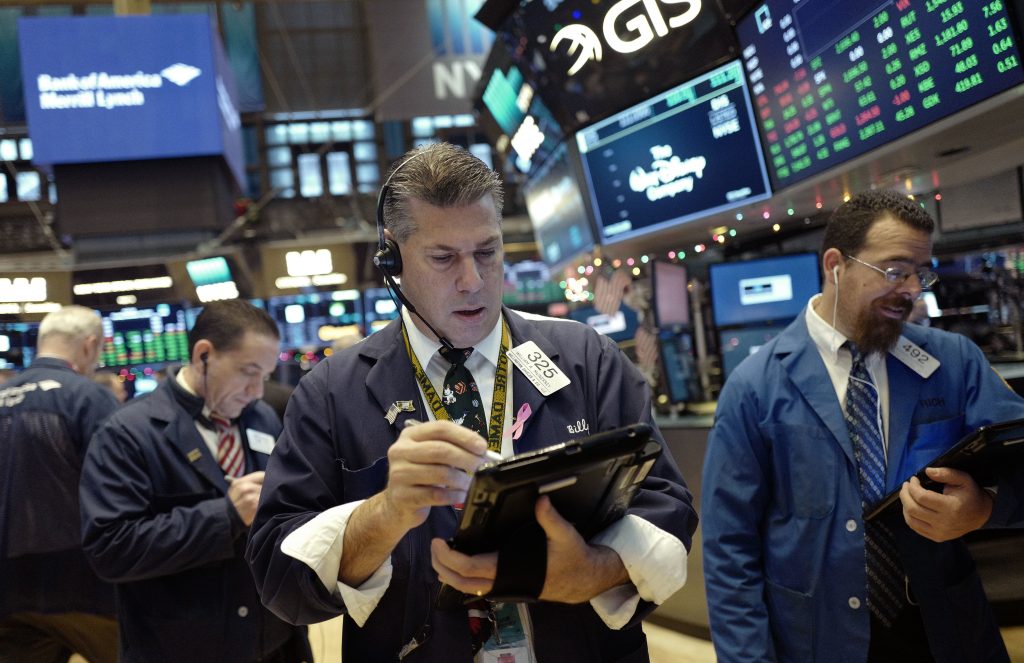 Wall Street dipped on Tuesday ahead of a vote on a bill to overhaul the U.S. tax system, with a pullback in technology stocks leading the declines after two strong session of gains on hopes that Congress will vote in favor of the bill.

The House of Representatives voted in the afternoon, and will be followed by the Senate later in the evening. The Republican party is confident of the bill being signed into law by the end of the week.

The bill, among other things, proposes lowering corporate tax rates to 21 percent from 35 percent, which investors are betting will boost profits as well as trigger share buybacks and higher dividend payouts.

“Obviously there is high confidence that it will get passed, but there is a very narrow margin for error, within the Senate especially. So there’s a little bit of a pause to see what’s going to happen,” said Chris Zaccarelli, chief investment officer of Independent Advisor Alliance in Charlotte, North Carolina.

Apple fell 1.2 percent after broker Instinet downgraded the stock to “neutral,” saying the supply-demand balance for the iPhone X suggested little space to raise sales estimates for the next quarter.

The S&P 500 technology sector fell 0.74 percent, with tech stocks weighing the most on the major indexes.

Six of the 11 major S&P sectors were lower, led by the tech sector. The gainers were led by the consumer staple index’s 0.54 percent rise.

Wal-Mart rose 0.92 percent after Citigroup upgraded the stock to “buy” on expectations that the retailer’s shares will rise further in 2018.

U.S. securities regulators temporarily suspended trading in the shares of The Crypto Co, up more than 2,700 percent this month on its cryptocurrency plans, on concerns about the “accuracy and adequacy” of its publicly-available information.

Shares of other small companies, which have surged on their own plans to cash in on the cryptocurrency craze, also dropped. First Bitcoin, USA Real Estate Holding, UBI Blockchain tumbled between 8 percent and 20 percent.