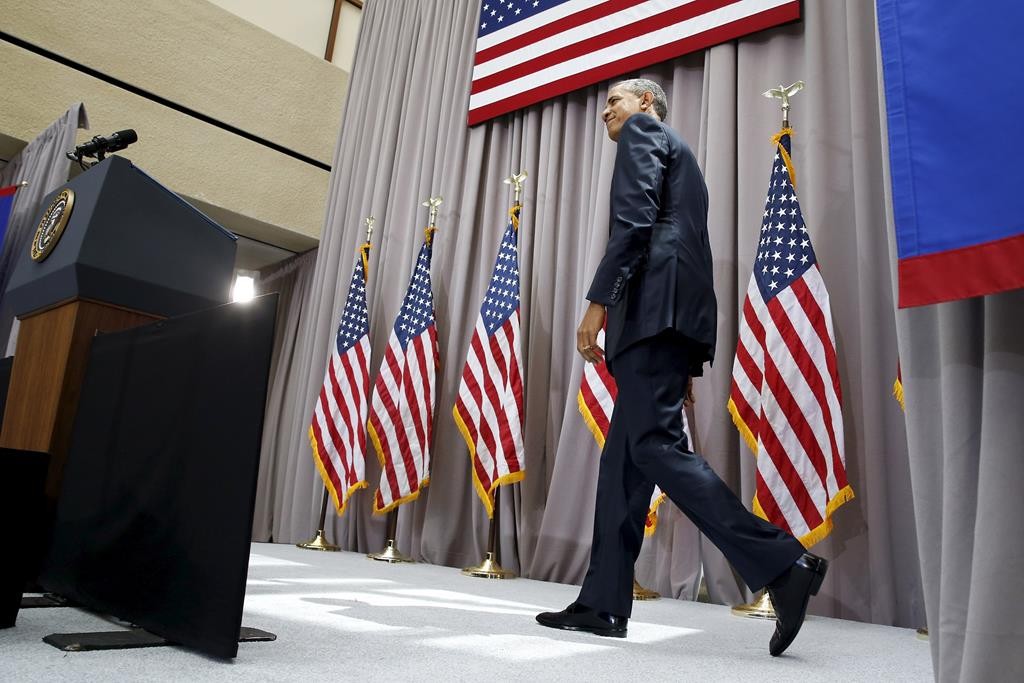 The Obama administration covertly derailed a campaign by the U.S. Drug Enforcement Administration that targeted the Iranian-backed Hezbollah terrorist group in order to help solidify the 2015 Iran nuclear accord, according to an investigative report by Politico.

According to the report, the campaign, called Project Cassandra, was launched in 2008 after the Drug Enforcement Administration (DEA) amassed evidence that Hezbollah had transformed itself from a Middle East-focused military and political organization into an international crime syndicate that some investigators believed was collecting $1 billion a year from drug and weapons trafficking, money laundering and other criminal activities.

Over the next eight years, agents working out of a top-secret DEA facility in Chantilly, Virginia, used wiretaps, undercover operations and informants to map Hezbollah’s illicit networks, with the help of 30 U.S. and foreign security agencies.

Hezbollah conducted hundreds of terror attacks against Israeli forces during the 1980s and 1990s, and was responsible for the 1983 bombing of a U.S. Marine Corps barracks in Beirut which left 305 people dead, including 241 American servicemen.

In 2006 Hezbollah carried out an unprovoked attack on IDF forces inside Israeli territory, killing three soldiers, and taking two captive. The attack sparked a month-long war between Israel and the terror group, which pounded northern Israel with missiles, rockets and mortar fire.

Hezbollah has also demonstrated a global reach, aiding the perpetrators of the 1992 suicide bombing of the Israeli embassy in Argentina which killed 29 people, and being widely suspected of carrying out the 1994 bombing of a Jewish center in Buenos Aires, killing 85 people.

Hezbollah also funneled weapons to Muslim militias in the Balkans during the breakup of Yugoslavia in the 1990s, and killed six people, including five Israelis, in a bombing attack in Bulgaria in 2012.

Since the outbreak of the Syrian civil war, Hezbollah has also operated inside Syria to strengthen the Assad regime, an ally of Iran.

After investigators amassed substantial evidence and sought approval for prosecution from the Justice Department and Treasury Department, those two agencies were unresponsive, the Politico report said.

The Justice Department declined requests by Project Cassandra and other authorities to file criminal charges against major players such as Hezbollah’s high-profile envoy to Iran, a Lebanese bank that allegedly laundered billions in alleged drug profits, and a central player in a U.S.-based cell of the Iranian paramilitary Quds force. And the State Department rejected requests to lure high-value targets to countries where they could be arrested.

“This was a policy decision, it was a systematic decision,” said David Asher, an analyst for the Department of Defense specializing in illicit finance who helped set up and run Project Cassandra. “They serially ripped apart this entire effort that was very well supported and resourced, and it was done from the top down.”

Obama had entered office promising to improve relations with Iran as part of a broader rapprochement with the Muslim world. On the campaign trail, he had asserted repeatedly that the Bush administration’s policy of pressuring Iran to stop its illicit nuclear program wasn’t working, and that he would reach out to Tehran to reduce tensions.

Obama’s top counterterrorism adviser and then CIA director, John Brennan, went further. He recommended that “the next president has the opportunity to set a new course for relations between the two countries” through not only a direct dialogue, but “greater assimilation of Hezbollah into Lebanon’s political system.”

Ex-Obama officials said they sought to improve relations with Iran as part of a broad strategy to prevent the Islamic Republic from acquiring a nuclear arsenal, but did not try to derail Project Cassandra because of any political motive.

“The world is a lot more complicated than viewed through the narrow lens of drug trafficking,” one former Obama-era national security official said. “You’re not going to let CIA rule the roost, but you’re also certainly not going to let DEA do it either. Your approach to anything as complicated as Hezbollah is going to have to involve the interagency [process], because the State Department has a piece of the pie, the intelligence community does, Treasury does, DOD does.”

In its report, Politico said that sources independent of Project Cassandra confirmed the allegations made by its team members.

In essence, the Obama administration’s willingness to envision a new role for Hezbollah in the Middle East, combined with its desire for a negotiated settlement to Iran’s nuclear program, turned into a reluctance to move aggressively against the top Hezbollah operatives, according to Project Cassandra members and others.

Politico quoted a Treasury official in the Obama administration, Katherine Bauer, who submitted written testimony presented last February to the House Committee on Foreign Affairs acknowledging that “under the Obama administration … these [Hezbollah-related] investigations were tamped down for fear of rocking the boat with Iran and jeopardizing the nuclear deal.”

After the nuclear deal was officially implemented in January 2016, Project Cassandra officials, such as John Kelly, a veteran DEA supervisory agent, said they were transferred to other assignments.

As a consequence, the report said that the U.S. government “lost insight” into not only Hezbollah’s drug trafficking operation, but other aspects of its vast criminal operations worldwide.

Project Cassandra had its origins in a series of investigations launched in the years after the 9/11 attacks which all led, via their own twisted paths, to Hezbollah as a suspected global criminal enterprise.

As they pursued their investigations, the DEA agents found that Hezbollah was working urgently to raise cash, and lots of it, to rebuild its south Lebanon stronghold after a 2006 war against Israel had reduced it to rubble.

“There has been a consistent pattern of actions taken against Hezbollah, both through tough sanctions and law enforcement actions before and after the Iran deal.”