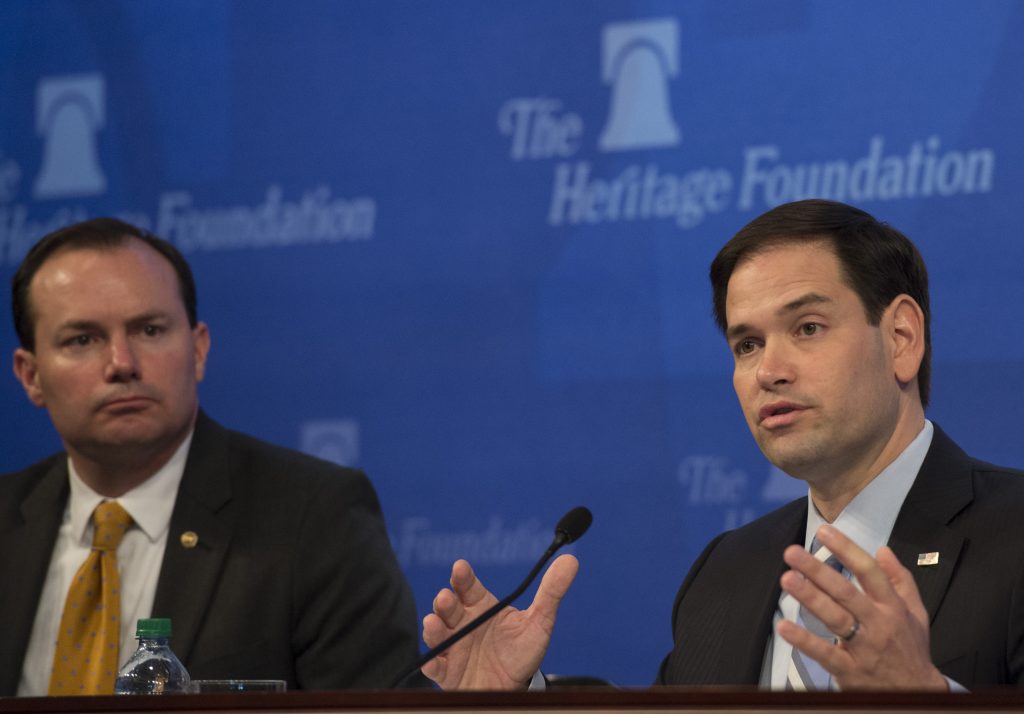 President Donald Trump’s drive to win passage of a sweeping tax bill hit a potential obstacle on Thursday as two Republican senators, who previously backed the measure, insisted on a change to its child tax credit.

Mike Lee and Marco Rubio were in talks with other senators to expand the refundability of the tax credit, which is meant to lower the tax bills of working families with children, said Conn Carroll, a spokesman for Lee.

Lee is now “undecided on the tax bill as currently written,” Carroll said in a telephone interview.

A spokeswoman for Rubio did not respond to a request for comment. The Washington Post reported that he would oppose the bill without a larger expansion of the tax credit.

White House spokeswoman Sarah Sanders said the White House will continue to work with Rubio on the child tax credit.

The Senate approved a wide-ranging tax bill on Dec. 2 by a vote of 51-49, with one Republican joining 46 Democrats and two independents in opposition.

Earlier, the House of Representatives had approved its own tax legislation and in recent days negotiators from both chambers have changed parts of the bill in an effort to lock in enough votes to pass it before Dec. 25.

Republican Senator Bob Corker opposed the earlier version of the Senate bill. If he remains opposed and is joined by just two more Republican senators, the legislation will fail.

Senate Finance Committee Chairman Orrin Hatch, speaking to reporters on Thursday, said he did not yet know whether senators will accommodate Lee and Rubio.

“It’s still in play. I’m not sure that particular approach is going to be acceptable,” Hatch said about the tax credit changes the senators demanded.

Carroll said if the child tax credit were to be made fully refundable, it would cost about $7 billion in lost revenues over 10 years. Lee and Rubio want expanded refundability.

Under current law, a maximum child tax credit of $1,000 per eligible child under 17 is allowed on a portion of family earnings. In its current form the legislation expands that credit but Lee and Rubio are seeking more help for families, especially in lower-income brackets.

The two senators failed in an effort on the Senate floor when the tax bill initially was debated.