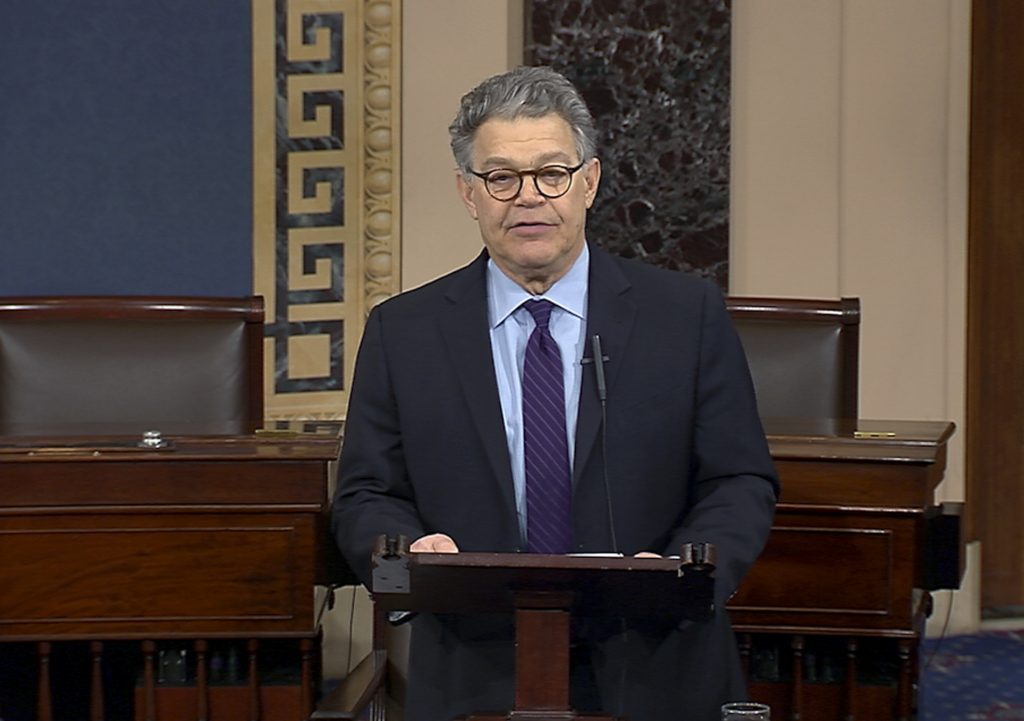 Minnesota Sen. Al Franken said Thursday he will resign from the Senate “in the coming weeks” following a wave of allegations of improper behavior and a collapse of support from his Democratic colleagues.

“I may be resigning my seat, but I am not giving up my voice,” Mr. Franken said in the otherwise-hushed Senate chamber.

Mr. Franken had originally sought to remain in the Senate and cooperate with an ethics investigation, saying he would work to regain the trust of Minnesotans.

“Some of the allegations against me are simply not true,” Mr. Franken said Thursday. “Others I remember quite differently.” Still, he said he could not both cooperate with an investigation and fully carry out his duties to his constituents.

“I know in my heart that nothing I have done as a senator — nothing — has brought dishonor on this institution,” Mr. Franken declared Thursday.

His resignation means Minnesota Gov. Mark Dayton, a fellow Democrat, will name a temporary replacement. Then, there will be special election in November 2018, whose winner would serve through the end of Mr. Franken’s term in January of 2021. Among the possibilities is Lt. Gov. Tina Smith, a trusted ally.