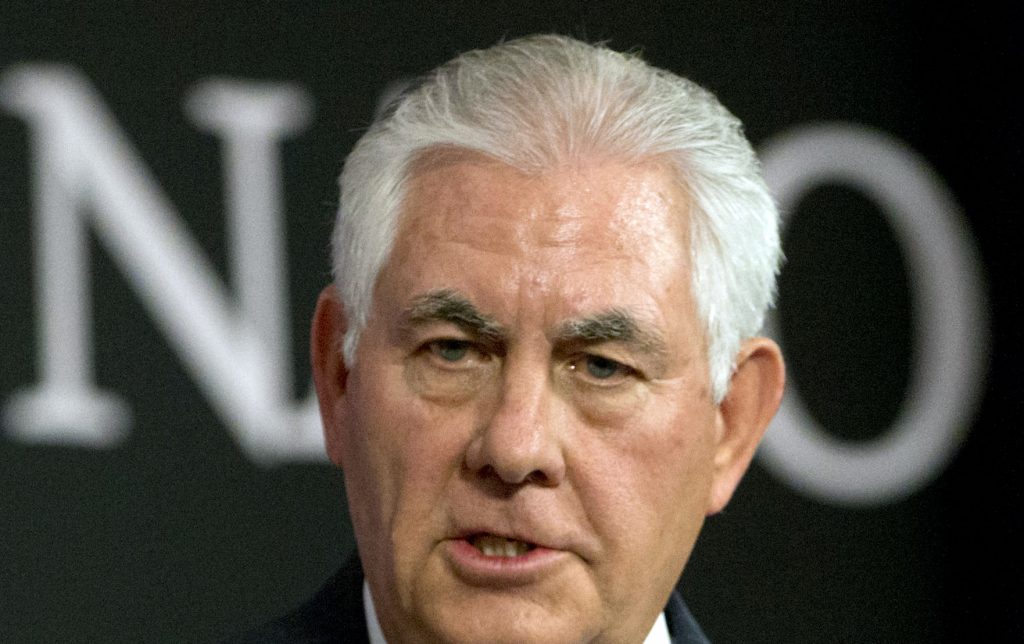 It’s a go-to catchphrase when U.S. Secretary of State Rex Tillerson is called on to explain his boss on the world stage: “America first is not America alone.” Yet as President Donald Trump declared Yerushalayim the capital of Israel, Tillerson on Wednesday stood all by himself.

The onslaught came from all sides as Tillerson, at NATO headquarters in Brussels, got an earful from many a U.S. ally on Trump’s Yerushalayim move. So far, not a single country — other than Israel, of course — has thrown its support behind the declaration. Even Tillerson’s own State Department has conceded the announcement could sow unrest throughout the Middle East.

Turkey’s top diplomat, Mevlut Cavusoglu, was unsparing in criticism that was far harsher than any the U.S. is accustomed to from a NATO ally.

“The whole world is against this,” Cavusoglu told reporters as he awaited Tillerson’s arrival for their meeting. He said he’d already told Trump’s chief diplomat that it was a “grave mistake.” Cavusoglu said he planned to “tell him again.”

That time-tested “special relationship” with Britain? Not so special as to prevent Foreign Secretary Boris Johnson from putting Tillerson on the spot. After the two shook hands, Johnson used the occasion to suggest it was time for Trump’s Mideast peace team to put up or shut up.

“Clearly this is a decision that makes it more important than ever that the long-awaited American proposals on the Middle East peace process are now brought forward, and I would say that that should happen as a matter of priority,” Johnson said as Tillerson stood uneasily a few feet away.

Asked about Trump’s decision, Tillerson urged critics to “listen carefully to the entirety of the speech.” While the decision directly affects his department, Tillerson acknowledged that his role was relatively minimal. He said Trump’s Mideast peace team, led by the president’s son-in-law and adviser Jared Kushner, had shared the decision with him so he could “give them guidance on areas that I thought would be challenging to address.”

“They’ve done the hard work to try to address those,” Tillerson said, insisting there remains “a very good opportunity for peace to be achieved, and the president has a team that is devoted to that entirely.”