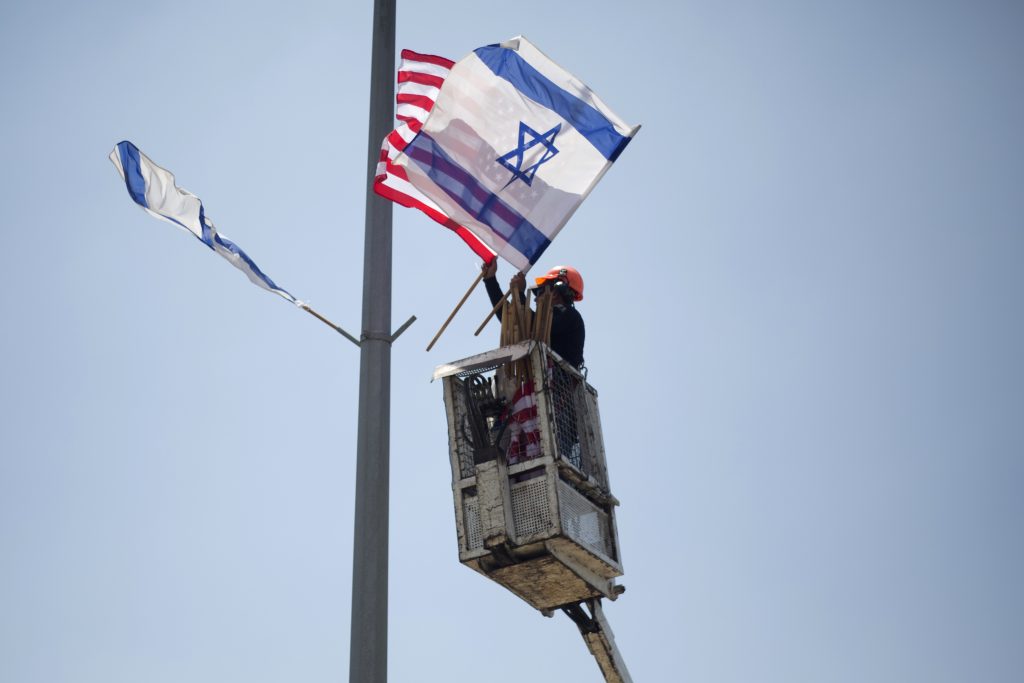 Arab and European leaders may be up in arms over the expected recognition of Yerushalayim as Israel’s capital, but Israeli officials largely had praise for President Donald Trump’s prospective announcement in a speech Wednesday night. In a social media post, Prime Minister Binyamin Netanyahu wrote that “our national and historical identification [with Yerushalayim] is expressed daily, but today it gets a special emphasis,” hinting at – but not directly addressing – the Trump move. Netanyahu did not mention the subject at a conference organized by the Jerusalem Post Wednesday, as he was widely expected to do, instead restricting his remarks to preventing Iran from getting a foothold in Syria.

More forthright was Education Minister Naftali Bennett, who said at the conference that “ultimately, Yerushalayim is the capital of Israel. Do you know how many times it is mentioned in the Koran? Zero. Yerushalayim is thriving as it has never thrived.” Bennett added that contrary to the threats by Arab and Muslim countries, including Egypt, Saudi Arabia, Jordan and Turkey, that recognition of Yerushalayim as Israel’s capital would be the end of the peace process, “there can be no peace without recognition of Yerushalayim” as Israel’s capital. Regarding the possibility of violence threatened by the Palestinians, Bennett said “I don’t know what will happen in the short term, but in the long term this is an important step to peace.” Bennett called on other countries to follow America’s lead on the issue.

Also speaking at the conference was Transport Minister Yisrael Katz, who said that “Palestinian opposition to the decision is part of the refusal of Palestinians to recognize the right of the Jewish people to their own homeland, exactly as they did 70 years ago.”

Yair Lapid, head of Yesh Atid and a man who according to recent polls is emerging as a credible threat to Netanyahu for the job of Prime Minister, said at the event that “the time has come for the world to recognize Yerushalayim as the united capital of the State of Israel. Policies should not be dictated by threats and intimidation. If violence is the only argument against moving the embassy, then it only proves that it is the right thing to do. Now is the time to do what is right.”

Less positive about the move was United Arab List MK Hanin Zoabi. “The United States cannot set any policy for the Palestinian people, and Trump is not representing the U.S. in this action,” she said in a statement Wednesday. “Yerushalayim is the capital of the Palestinian state, and we will continue to fight for it. With this move, the U.S. has made itself irrelevant as a broker of peace. It has declared itself a power of the occupation, and is in violation of international law.”