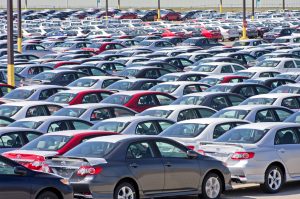 A Toyota sales executive said the U.S. auto market is on course for a second straight year of shrinking demand, bringing sales back to a level the industry should be able to maintain going forward.

The Japanese automaker is forecasting sales in its biggest market will slide below 17 million cars and light trucks next year — the first return to a 16 million range since 2014. Industrywide deliveries are down 1.5 percent this year through November after a record 17.55 million in 2016.

“We’re seeing indications that automakers could close 2018 in the mid-to-upper 16-million mark,” Jack Hollis, group vice president of U.S. sales for the Toyota brand, said in prepared remarks for an Automotive Press Association luncheon in Detroit. “That’s not a record-setting figure, but like this year, it will give automakers a sustainable target.”

Toyota will give an official forecast for 2018 in January at the North American International Auto Show in Detroit, Hollis said on the sidelines of the luncheon.

Even with a second consecutive year of falling sales predicted for 2018, Hollis said the carmaker’s outlook for the U.S. market is still strong, citing factors like low fuel prices and interest rates. The industry is on pace to exceed Toyota’s forecast for 17.1 million vehicle sales this year.