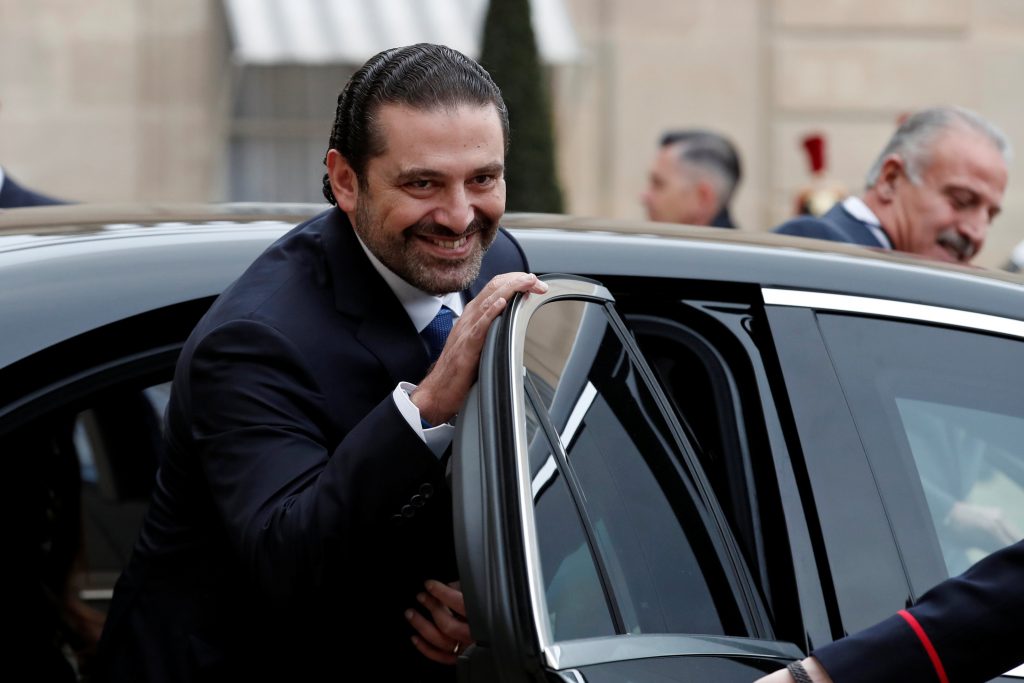 Lebanese Prime Minister Saad al-Hariri will meet ministers from major powers in Paris on Friday to discuss ways of stabilizing his country a month after his shock resignation plunged it into political turmoil, three diplomats said.

The Arab and European diplomats said Hariri would take part in the meeting of the International Lebanon Support Group, a body that includes the five members of the U.N. Security Council –Britain, China, France, Russia and the United States.

Hariri resigned as prime minister in early November while he was in Saudi Arabia, prompting a political crisis in Lebanon and thrusting it back into a regional tussle between Riyadh and its main regional foe, Iran.

Hariri has now returned to Beirut and indicated that he might withdraw his resignation, which was never accepted by the president.

Lebanese officials say Saudi Arabia had coerced Hariri, a long-time ally of the kingdom, into resigning and held him there against his will until an intervention by France led to his return to Lebanon. Saudi Arabia denies this.

A European diplomat said the aim of the meeting would be “to put pressure on the Saudis and Iranians.”

He added that the meeting would be an opportunity to reinforce that the Lebanese must stick by the state policy of “disassociation,” or keeping out of regional conflicts.

Before Hariri sets off, Lebanon’s cabinet is this week set to meet for the first time since the political crisis erupted.

The date of the cabinet meeting has not yet been confirmed but it is expected to address Hariri’s resignation.

A Lebanese MP who met Hariri on Monday said discussions among politicians were “moving positively” and would result in a “unanimous stance” by the cabinet soon.

The comments from MP Wael Abu Faour were published by Hariri’s office on Monday.

The Lebanon support group, launched in 2013, also includes the European Union, the Arab League and the United Nations.