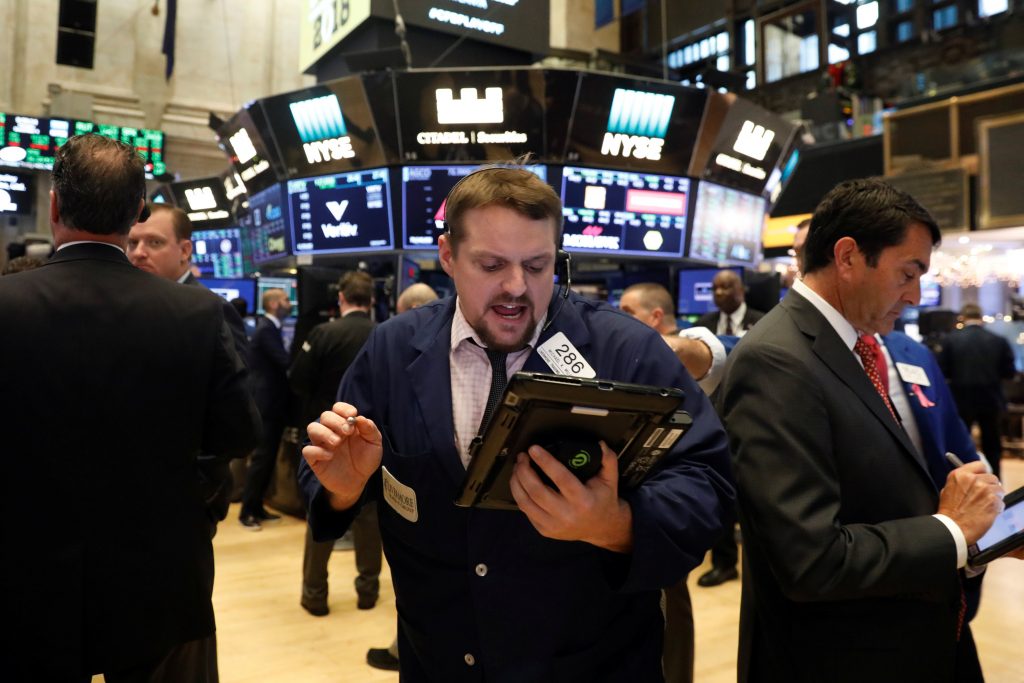 The S&P 500 and the Dow rose to record highs on Monday, led by gains in bank stocks, after Republican-led efforts to slash corporate tax rates cleared a major hurdle.

The Nasdaq, however, fell, as investors looked away from best-performing technology sector to pick industrials, consumer discretionary and financial stocks.

“Financials should benefit from not only tax reform but as we start to see rates move higher, their interest margins become more profitable,” said Emily Roland, head of investment research at John Hancock Investments in Boston.

“We’re seeing some rotation away from technology stocks, which is likely due for a breather, into financial stocks and we expect to see that continue,” Roland said.

Technology has been the best performing S&P index this year, rising about 34 percent. However, of late, tech stocks have been falling out of favor, posting losses in three of the past five sessions.

The Senate on Saturday approved their version of a tax bill in a narrow 51-49 vote.

Once the Senate and House of Representatives reconcile their respective versions of the legislation, the resulting bill could cut corporate tax rates to 20 percent from 35 percent.

The S&P 500 has risen about 18 percent this year on strong corporate earnings and solid economic growth as well as on the hope that Pres. Trump’s agenda of corporate tax cuts and looser regulations could come through.

Media stocks rose after the Financial Times reported that Twenty-first Century Fox had resumed talks to potentially sell most of its assets to Walt Disney.

Comcast rose about 4 percent after its chief financial officer provided upbeat subscription forecast for the year.

The stocks helped the consumer discretionary index gain about 1.5 percent.