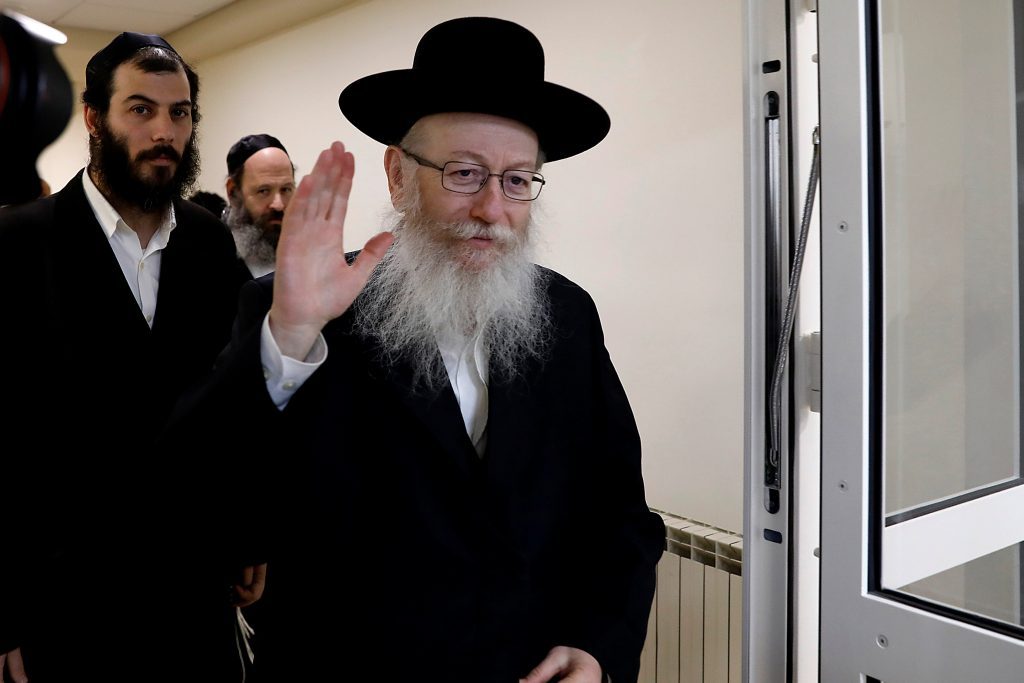 In his seven years at the Health Ministry, first as a deputy minister and then, when forced by a High Court ruling, as minister, he has led one revolution after another. It began with free dental care for children, which over the years has come to include teens up to age 16.

“This is a historic step that recognizes dental health is essential to a person’s health,” said Rami Adot, coordinator of the coalition for public dental health, when Rabbi Litzman announced his reform in 2009.

There were his surprise visits to hospital emergency rooms to see how long patients had to wait to be treated and to learn first-hand from medical teams what they needed to become more efficient. And his initiative to place MRI machines in hospitals in the periphery so that people who lived in Kiryat Shmona wouldn’t have to travel to the center of the country at three a.m. to benefit from the technology.

He fought for increased budgets for the “basket” of subsidized medicines so that, just this month, he could instruct all hospitals to provide a drug that provides an immediate response to spinal muscular atrophy (SMA) to all patients suffering from the disease. The regular per patient cost of treatment with this drug is NIS 2 million a year.

Rabbi Litzman has combined political skills with compassion and fearlessness. He spoke out against junk food, even though it ruffled the feathers of influential food manufacturers, because he is a true shliach tzibbur, who puts the welfare of the public ahead of all other interests.

In the process, he proved to the secular public, once and for all, that a chareidi minister doesn’t worry only about his voters, but about the wellbeing of the entire Israeli public. That’s why poll after poll has shown him to be the most popular minister in the Cabinet, and why people from all walks of life are worried now, not about coalition politics, but about who will look after their health with such concern and skill? Who will lead the battle for national insurance to cover the cost of private care for the elderly?

He resigned this week because as a minister in the Cabinet he bore collective responsibility for scandalous public chillul Shabbos, which he simply couldn’t live with.

As he explained to interviewers, he grew up in New York and saw how the trains were kept running despite the need for regular maintenance and repairs, which proves that it is possible to do such work without shutting down the entire system.

And even if there is a need to shut down the trains, surely it can be done between Thursday night and Friday (which is not a work day in Israel), when Shabbos comes in and then again from after Shabbos until Sunday morning. Could it be that the insistence on Shabbos work is motivated by a desire to earn 250 percent overtime?

In resigning this week, Rabbi Litzman again demonstrated what it means to be a true shliach tzibbur, one who puts personal interest aside and thinks only of the public good, in keeping with the guidelines of his Rabbanim.

Prime Minister Binyamin Netanyahu announced on Sunday evening that the crisis had been resolved and agreements have been reached on drafting legislation that will protect the religious-secular status quo agreement.

One bill, on grocery stores, will allow the interior minister to overrule municipal bylaws that allow the opening of businesses on Shabbos; unfortunately, this law won’t be applied retroactively to Tel Aviv.

If the bill is passed into law, there is a good chance that Rabbi Litzman will return to the Health Ministry as a deputy minister (another law will have to be passed to bypass the High Court’s previous ruling and allow that). That would bring relief to millions of Jews in Israel.

But what is even more important to the majority of Jews in Israel, who are religious or traditional, is that a minister had the courage of his convictions and stood up for Shabbos, an eternal value that represents the bond between the Jewish people and the Ribbono shel Olam.