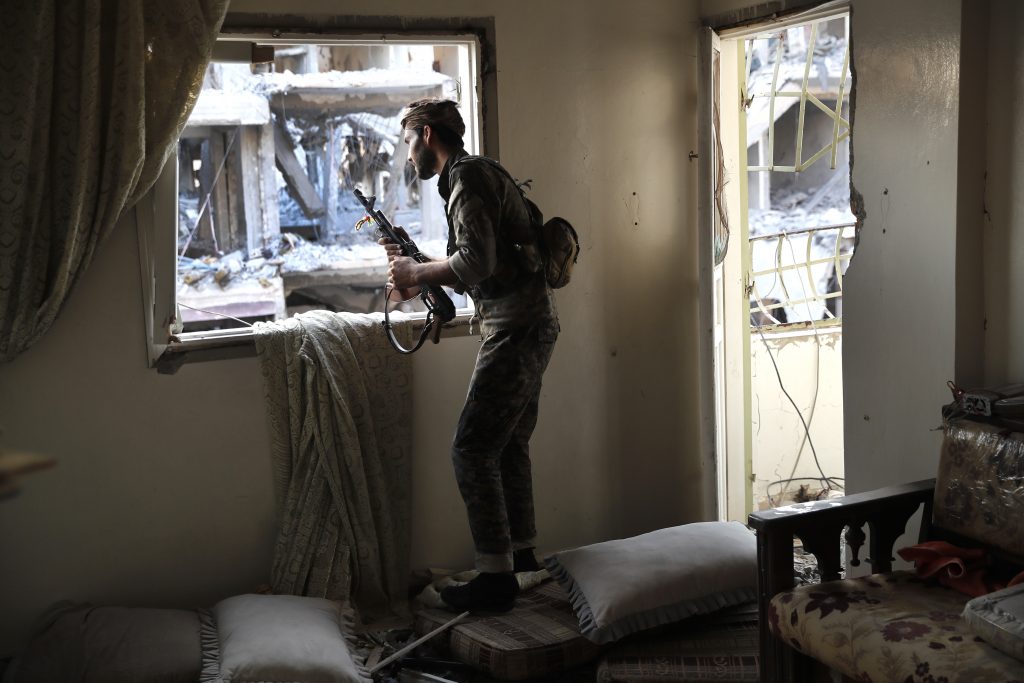 The Pentagon said on Monday it was reviewing “adjustments” in arms for the Syrian Kurdish forces that have angered Turkey, but it stopped short of halting weapons transfers, suggesting that such decisions would be based on battlefield requirements.

Turkey said on Friday that U.S. President Donald Trump told President Tayyip Erdogan he had issued instructions that weapons should not be provided to the Syrian Kurdish fighters, which Ankara views as a threat.

“We are reviewing pending adjustments to the military support provided to our Kurdish partners in as much as the military requirements of our defeat-ISIS and stabilization efforts will allow to prevent ISIS from returning,” said Pentagon spokesman Eric Pahon, referring to Islamic State, which U.S. and U.S.-backed forces are battling in Syria.

Earlier on Monday Turkish Deputy Prime Minister Bekir Bozdag said Friday’s call between Trump and Erdogan was a turning point in strained ties between the two countries, but Washington must honor a pledge to stop providing weapons to the Syrian Kurds.

“The ‘We will not give weapons’ remark from a U.S. president for the first time is important, but it will lose value if it is not implemented. It would be deceiving the world,” Bozdag said.

The Syrian Kurdish YPG spearheads the Syrian Democratic Forces (SDF), an alliance of Kurdish and Arab militias fighting Islamic State with the help of a U.S.-led coalition.

A spokesperson for the coalition said on Sunday that it was looking at “adjustments” to the support it provides to the SDF, ranging from the number of advisers to training and artillery.

Weapons provided to Syrian YPG have been limited and mission specific, the spokesperson added.

Ankara has been infuriated by Washington’s support for the YPG militia, seen by Turkey as an extension of the outlawed Kurdistan Workers Party (PKK), which has fought a decades-long insurgency in Turkey and is designated a terrorist group by Ankara, the United States and European Union.