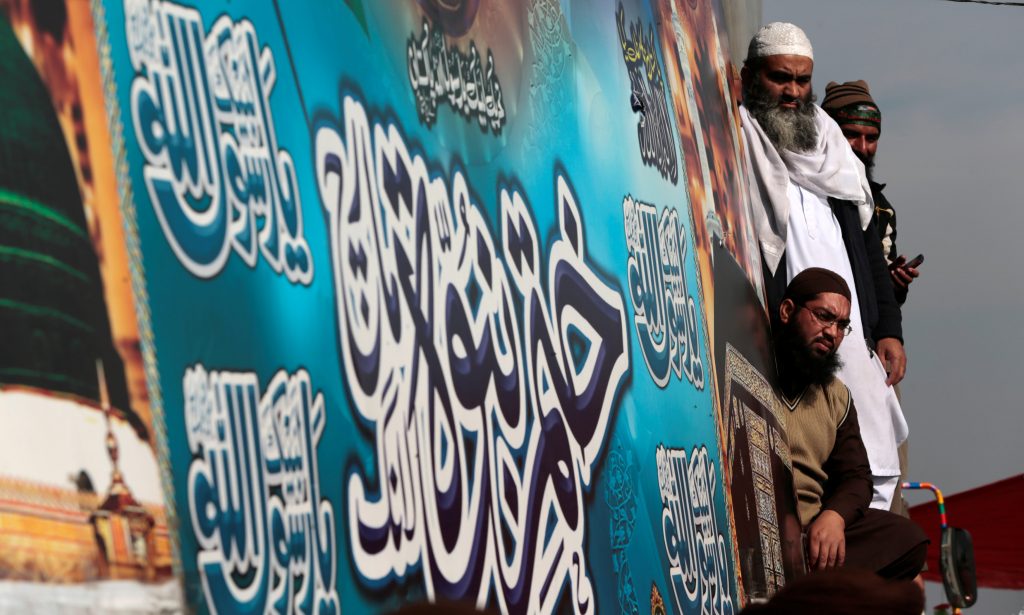 A hardline Pakistani Islamist group called off nationwide protests on Monday after the government agreed to its demands that the law minister resign in a blasphemy row, following weekend clashes with police that paralyzed major cities.

The cleric-politician leading the blockade that paralyzed the capital, Islamabad, for nearly three weeks thanked the army chief for helping resolve the standoff, raising questions about the military’s role.

The new ultra-religious political party Tehreek-e-Labaik Pakistan was protesting against a small change in wording to an electoral law they said amounted to blasphemy.

The government climb-down will be seen as an embarrassment for the ruling Pakistan Muslim League-Nawaz (PML-N) party ahead of elections likely in mid-2018, and underlines the power of religious groups in the nuclear-armed nation of 207 million.

Seven people were killed and nearly 200 wounded after a police bid to disperse protesters in Islamabad failed on Saturday, spurring demonstrators wielding sticks and iron rods to block key roads and motorways in other cities.

“Our main demand has been accepted,” Ejaz Ashrafi, spokesman for Tahreek-e-Labaik, told Reuters, adding that part of the agreement was to free dozens of party workers arrested during the weekend crackdown.

“Our workers’ release is in process. Once that is done, we will leave.”

At nightfall on Monday, the protesters were still in place.

Law minister Zahid Hamid handed in his resignation to Prime Minister Shahid Khaqan Abbasi “to take the country out of a crisis-like situation,” state-run news channel PTV said on Monday.

Government spokesmen did not respond to requests from Reuters for comment.

The government called in the military to tackle the protests after a police operation failed, but there was no sign of troops around protest camps on Sunday. The military said the army chief in one telephone call had advised Abbasi to resolve the protests peacefully.

“The honorable chief of army staff, General Qamar Javed Bajwa, sent his special envoys to us. We said we do not want to talk to the government; they are our murderers,” Rizvi said.

“So the general took personal interest and sent his team, saying, ‘We will become the guarantors, and have your demands fulfilled.’ So we said, ‘All right. That is what we want.'”

For more than two weeks, Tehreek-e-Labaik activists have blocked the main road into the capital, Islamabad, in a protest that blamed law minister Hamid for changing the wording in an electoral oath.

The government blamed the change on a clerical error and swiftly restored the original format.

Islamist parties are unlikely to win a majority in the elections expected next August, but could play a major role.

Giving in to the group’s demands had hit the government’s reputation and credibility, said political analyst Hasan Askari.

“These protests will have emboldened this group, and they are going to assert themselves and put up candidates wherever they can in the next general election, or at least they will oppose the PML-N,” he added.

The opposition Pakistan Tehreek-e-Insaf (PTI) party accused the government of bungling the efforts to remove the protesters and called for early elections.