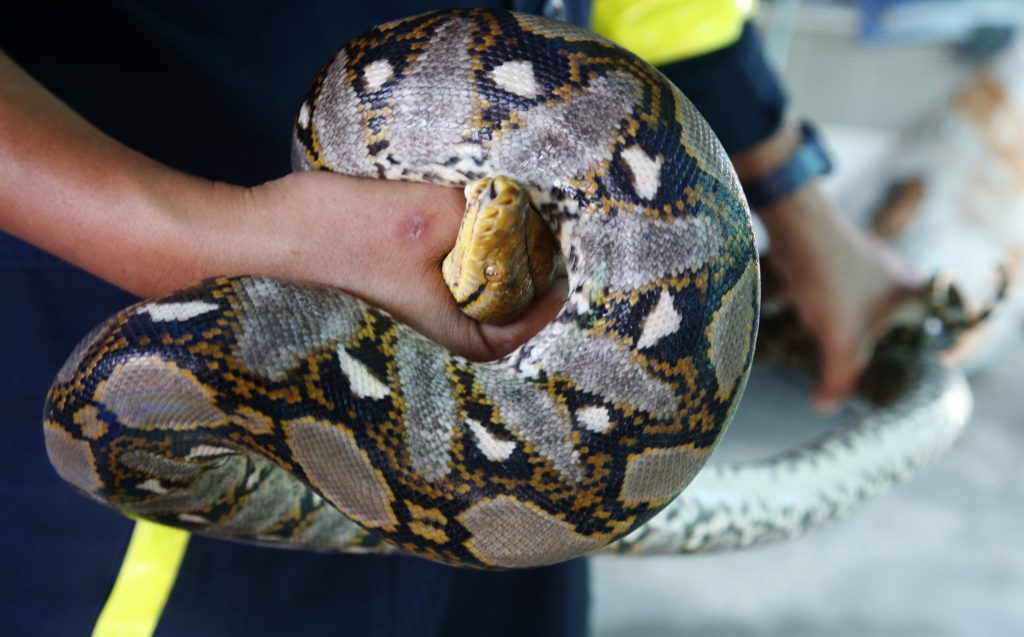 A family made an unusual discovery inside the bathroom of their north Seattle apartment on Friday — a snake was hiding in their toilet.

KOMO-TV reports the family called police after a child found the 4-foot snake inside the apartment in the Lake City neighborhood.

Officers helped remove the snake, and personnel with the Pacific Northwest Herpetological Society picked it up.

Society officials say the snake appears to be a ball python, a non-venomous constrictor that is a popular pet among reptile fans.

Though rare, reports of snakes being discovered in toilets are not unheard of. A Kansas City, Kansas family found a ball python inside their toilet in 2015, and similar incidents have been reported in Australia, Thailand and elsewhere.