As Interest Rates Rise, Banks Are Paying More for Deposits 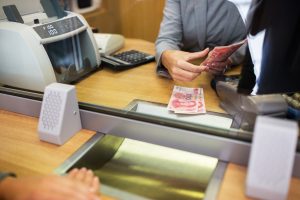 Slowly, but surely, being a saver is paying off again.

For years after the recession, banks paid next to nothing on deposits — much to the detriment of savers everywhere. Now, banks have increased lending and need more deposits, so they’re willing to pay higher interest rates.

The big publicly traded banks are paying roughly 0.40 percent on their deposits right now, which is up from 0.24 percent two years ago, according to an October report from Autonomous Research after the major banks reported their quarterly results.

A one year CD is now paying an average of 0.63 percent, which is up from 0.45 percent two years ago. That’s according to depositaccounts.com, a website that tracks interest rates on savings accounts and CDs.

An interest rate of 0.40 percent or 0.63 percent may not sound like much, but analysts expect that banks will continue to increase payouts on deposits as competition ramps up.

“We have been waiting for this to happen for a while now,” said Mark Hamrick, senior economy analyst at BankRate.com.

During the financial crisis, the Federal Reserve lowered its benchmark interest rate to near zero, and kept it that way until December 2015. While the Fed’s move made the cost of borrowing substantially cheaper nationwide, it had a secondary effect of cutting the interest rate banks were paying on deposits. In particular, seniors got hit hard since they tend to keep their money in low risk products like money markets, CDs and cash.

The Fed’s main interest rate is now 1.25 percent, and is expected to be raised to 1.5 percent at the Fed’s December meeting. As the Fed raised rates, banks initially were happy to charge borrowers higher rates while keeping the amount of interest they were paying on savings accounts and CDs low.

Banks take on deposits in order to turn around and lend that money out. The goal for a bank is to make more money on the interest on its loans than the interest rate they are paying to fund those loans. The more demand there is for loans, which typically happens in a steadily growing economy, the more deposits a bank needs.

For years after the financial crisis, loan growth was tepid as banks throttled back on lending, the U.S. consumer deleveraged and businesses pulled back on borrowing as well. Bank executives said they had little need for deposits. In an interview with The Associated Press in early 2016, then-US Bank CEO Richard Davis said there was no reason to incentivize people to deposit money at the bank since there was nothing the bank could do with the money in the first place.

But nearly a decade after the crisis, loans of all types — with the exception of residential mortgages — are now at record-high levels. And the growing demand for loans requires banks to gather up deposits to fuel their lending business.

The online-only banks, which typically pay the most for deposits, are paying even more these days. Goldman Sachs’ online savings account GS Bank pays an interest rate of 1.29 percent on its savings account, with no minimum deposit. For those able to lock up their savings for a longer period of time, GS Bank is paying 2.37 percent for a five-year CD, with a minimum $500 deposit.

Goldman is partially using its new deposits to fund a new consumer lending product known as Marcus, which is causing Goldman to be more aggressive with its interest rates in order to fund those loans.

Ally Bank is paying 1.25 percent for deposits to its online savings account. So is American Express, through its Personal Savings account.

All three banks have CDs with slightly higher rates, but savers looking to maximize the interest they’ll earn on parking their money should shop around.