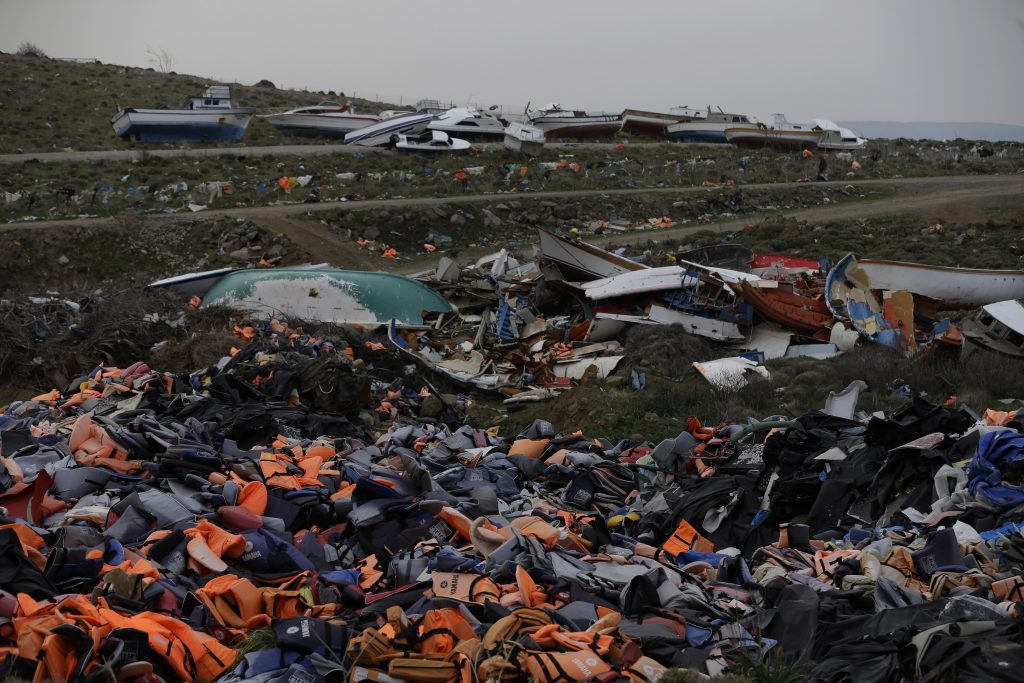 Residents on the Greek island of Lesbos went on strike on Monday to protest against European policies they say have turned it into a “prison” for migrants and refugees.

Islanders shut businesses, shops, municipal offices, nurseries and pharmacies; and dozens rallied on a central square, calling on the government to transfer asylum-seekers to the mainland.

“Lesbos is not a place of exile,” a banner read.

Just a few miles from Turkey’s coast, Lesbos has borne the brunt of Europe’s migrant crisis. In 2015, nearly a million people — most fleeing Syria, Iraq and Afghanistan — landed on its shores before heading north, mainly to Germany.

It is now hosting some 8,500 asylum-seekers in facilities designed to hold fewer than 3,000.

“Lesbos is not an open prison, nor will we allow anyone to view it as such,” Mayor Spyros Galinos was quoted as saying by the Athens News Agency.

Thousands of asylum-seekers have become stranded on Lesbos and four other islands close to Turkey since the EU agreed a deal with Ankara in March 2016 to shut down the route through Greece.

Some have been moved to camps on the mainland, but authorities say the terms of the agreement prevent asylum-seekers from travelling beyond the islands.

Rights groups have described conditions in camps across Greece as deplorable and unfit for humans. On Lesbos, violence often breaks out over delays in asylum procedures and poor living standards.

“The message (today) was that we can’t take it anymore,” Galinos said. “Lesbos is in a state of emergency.”