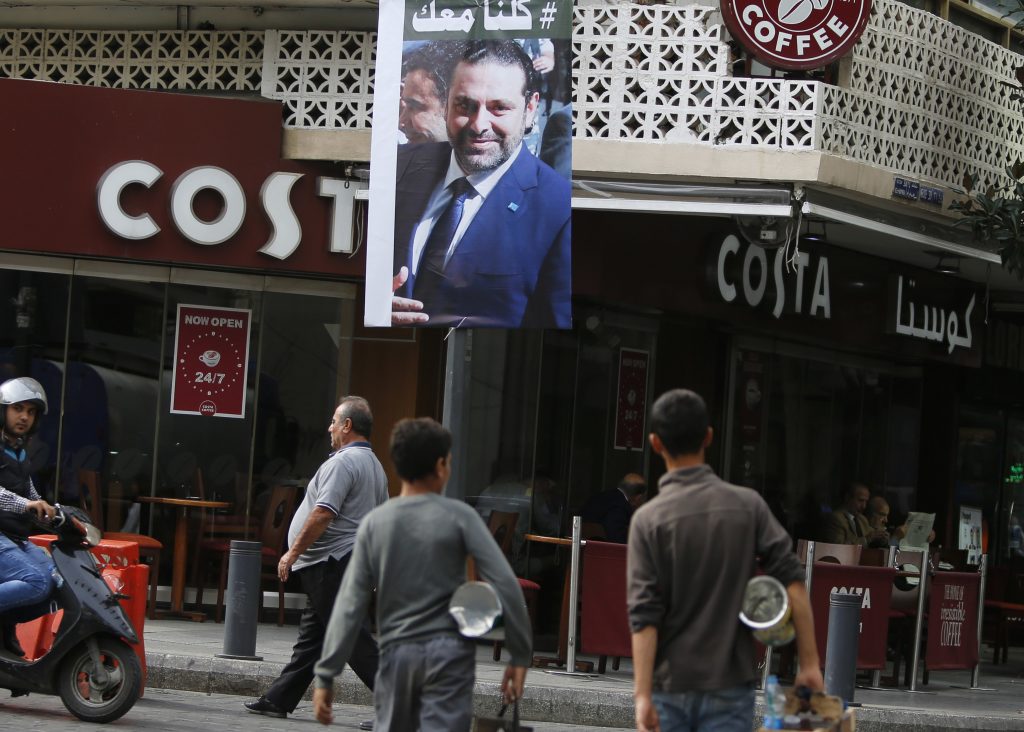 Lebanon’s Prime Minister Saad al-Hariri and his family will travel to France in coming days, a French presidential source said on Wednesday, after Emmanuel Macron invited him as part of efforts to defuse tensions in the Middle East.

Speaking in the German city of Bonn after a climate conference, Macron said his invitation was not an offer of exile for Hariri, who announced his abrupt resignation as premier 11 days ago from the Saudi capital Riyadh.

Lebanese President Michel Aoun, who has refused to accept his prime minister’s resignation, earlier on Wednesday accused the Saudis of holding Hariri hostage — and called this an act of aggression.

Asked if he was offering Hariri exile, Macron said: “No, not at all. I hope that Lebanon will be stable, and that political choices should be in accordance with institutional rule.

“We need a strong Lebanon with her territorial integrity respected. We need leaders who are free to make their own choices and speak freely.”

France has close relations with Lebanon, which was under French control between the world wars, and with Hariri, who has a home in France and spent several years in the country. His father Rafik was a close friend of former French President Jacques Chirac.

Macron’s invitation came after he spoke to both Saudi Crown Prince Mohammed bin Salman and Hariri by telephone, the Elysee said in a statement.

Saudi Arabia has denied detaining Hariri or coercing him to quit.

One source in the presidential Elysee Palace said Hariri was expected to arrive in France “in the coming days.”

France’s offer appeared to be a last-minute one, with no indication from French officials this morning that this was on the cards. A French government spokesman in a weekly briefing even called on Hariri to return to Beirut to offer his resignation.

French diplomats in Paris appeared caught off-guard. They said Macron had found a way to get Hariri out of Saudi Arabia without any side losing face, but questioned how this would pan out in the longer term.

“This has come out of the blue,” one diplomat said.

“The president wants to ease tensions … but we’re also going round in circles. Are we just inheriting the problems?”

Hariri on Wednesday reiterated on Twitter that he would soon return to Beirut. It was not clear whether he might stop in Beirut before coming to Paris.

Lebanon’s coalition government was formed last year through a political deal that made Aoun president, Hariri prime minister, and included members of Hezbollah in the cabinet.

Macron last week made a last-minute stopover in Riyadh on his way back from the Gulf to see Crown Prince Mohammed, and has since spoken to Aoun and hosted the Lebanese foreign minister in Paris on Tuesday.