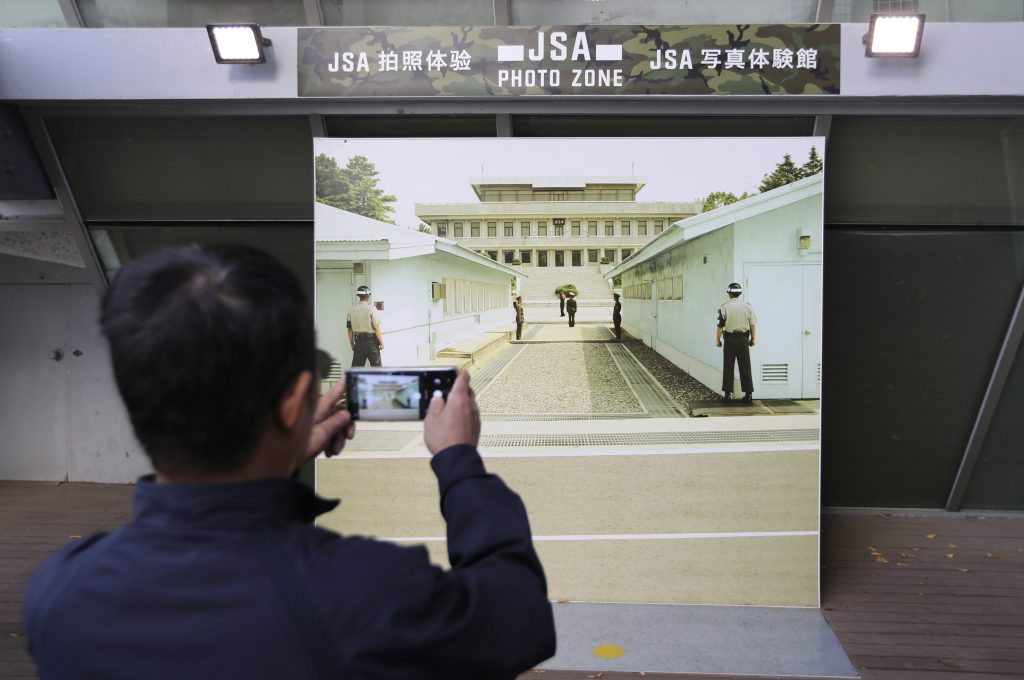 A North Korean soldier is expected to survive critical wounds he received when his old comrades fired a hail of bullets at him as he made a defection dash to South Korea, the South’s government and military said on Tuesday.

The soldier had on Monday sped towards the border in a “peace village” in the heavily guarded demilitarized zone, in a four-wheel drive vehicle.

But when a wheel came loose, he fled on foot as four North Korean soldiers fired about 40 rounds at him, said Suh Wook, chief director of operations at South Korea’s Joint Chiefs of Staff, briefing lawmakers.

“Until this morning, we heard he had no consciousness and was unable to breathe on his own but his life can be saved,” Suh said.

Surgeons had removed five bullets from the soldier’s body, leaving two inside, Suh added, to murmurs from lawmakers who said the soldier’s escape was nightmarish.

The soldier took cover behind a South Korean structure in a Joint Security Area (JSA) inside the demilitarized zone between the two Koreas.

South Korean and U.S. soldiers, fearing more North Korean fire, later crawled to him to rescue him, the United Nations Command said in a separate statement.

North Korea has not said anything about the soldier. Its military had not given any indication of unusual movements on Tuesday, the South’s military said.

While on average more than 1,000 North Koreans defect to the South every year, most travel via China and it is unusual for a North Korean to cross the land border dividing the two Koreas, which have been in a technical state of war since their 1950-53 conflict ended in a truce, not a peace treaty.

The U.N. Command, in place since the end of the war, said an investigation into the incident was being conducted.

South Korean Defense Minister Song Young-moo said it was the first time North Korean soldiers had fired toward the South’s side of the JSA, prompting complaints from some lawmakers that the South’s military should have returned fire.

Moon Sang-gyun, the South’s Defense Ministry spokesman, said military operations at the JSA were usually conducted under the orders of the U.N. Command, which is in turn under orders from the U.S. military.

The soldier, who was not armed, was flown in a U.N. Command helicopter to an operating theater where doctors began working to save him even before he was out of a uniform that indicated he held a lower rank, Suh said.

South Korean officials have yet to identify where the soldier came from or what his intentions were.

Lee Cook-jong, the surgeon in charge of the soldier’s care at the Ajou University Hospital, told reporters he was suffering from critical intestinal damage.

Hospital officials where under strict security agency orders not to talk to media and all updates on the soldier had to be through the military, workers there told Reuters.

Dr. Lee had been “given a talking-to” after a brief exchange with the media, the hospital workers said.

The U.N. military armistice commission said it had informed the North Korean military that the soldier, who was found about 150 feet south of a Military Demarcation Line, was undergoing surgery for his wounds.

Suh said the South had also informed the North on Monday of the soldier and his treatment, via loudspeakers on the border.

North Korea has in the past complained that North Korean defectors had been abducted by South Korea, and it has demanded their release.

This month, the North demanded that South Korea return 12 waitresses it said had been kidnapped while working in China in 2016. South Korea said the 12 women, and one man, had chosen to defect to the South.

Monday was the first time since 2007 a North Korean soldier had defected across the JSA.