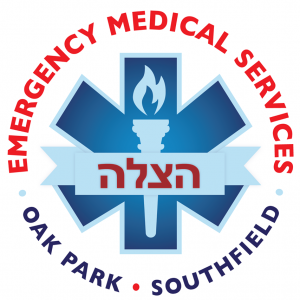 “Detroit Hatzalah is comprised of individuals from every corner of our community, who are volunteering their time in dedication to Hatzalas Nefashos, the saving of lives in our community,” read a statement announcing the “go-live.” “With first responders living throughout the community, our goal is to be on the scene within 120 seconds of dispatch.”

While Detroit has been home to an Orthodox community for over a century, in recent years it has blossomed anew and is now home to some 2,000 families.

“Baruch Hashem, in the last five to 10 years, with the help of the kollelim and mosdos, the community has grown a lot, but part of being a kehillah is having Hatzalah, so a couple of us got to work and made it happen,” one of the askanim involved in the project told Hamodia.

Detroit Hatzalah began taking calls officially at midnight this past Motzoei Shabbos. Presently, they are not providing transport, but only serving as first responders to the scene of emergencies. When necessary, a local ambulance agency will provide transport once patients are stabilized.

Members of Chicago Hatzalah provided guidance over the past few months to help with the many details of setting up the new organization. The group’s rabbinical board is led by Rabbi Shmuel Irons, Rabbi Yisroel M. Levin and Rabbi Doniel Neustadt.

“We have a very special group of bnei Torah and yeshivaleit who have volunteered to make this happen, and now we are just hoping not to get any calls,” said the askan.