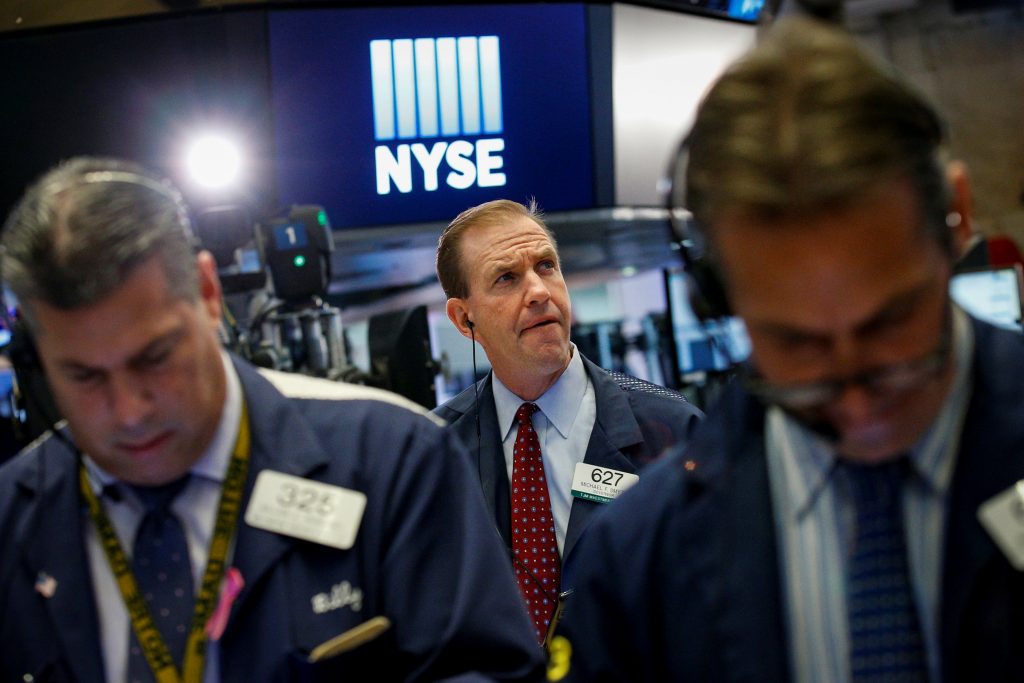 U.S. stocks hit session lows in early afternoon trading on Thursday, and the Dow shed over 200 points on rising concerns that a Senate Republican tax plan may delay corporate rate cuts by a year.

The S&P was on track to post its biggest one-day percentage loss since mid-August.

Bill Cassidy, a member of the Senate Finance Committee, said that the Senate tax proposal will delay a corporate tax cut by one year to 2019.

A U.S. Senate tax-cut bill, differing from one already in the House of Representatives, was expected to be unveiled, complicating the tax overhaul push by the Trump administration.

The S&P 500 has risen about 21 percent since the election of President Donald Trump a year ago, partly on the back of his promises to cut taxes and other business-friendly measures.

However, Republicans are yet to score a major legislative win since Trump took office in January, even though the party controls both chambers of Congress as well as the White House.

“Once you delay it, the more time that goes on the more further changes can happen. The sell-off is a quick reaction to how much uncertainty is ahead when it comes to significant corporate tax change.”

All 11 major S&P sectors were lower, with the technology index’s 1.88 percent loss leading the decliners.

Technology has been the best performing S&P sector so far this year with a 37 percent rise, despite concerns of stretched valuations.

Macy’s rose 9.8 percent after the department store operator’s profit came in above expectations.

Dish Network rose 3.8 percent after the satellite and internet TV provider added subscribers in the United States in the third quarter and reduced the rate at which it lost existing customers.