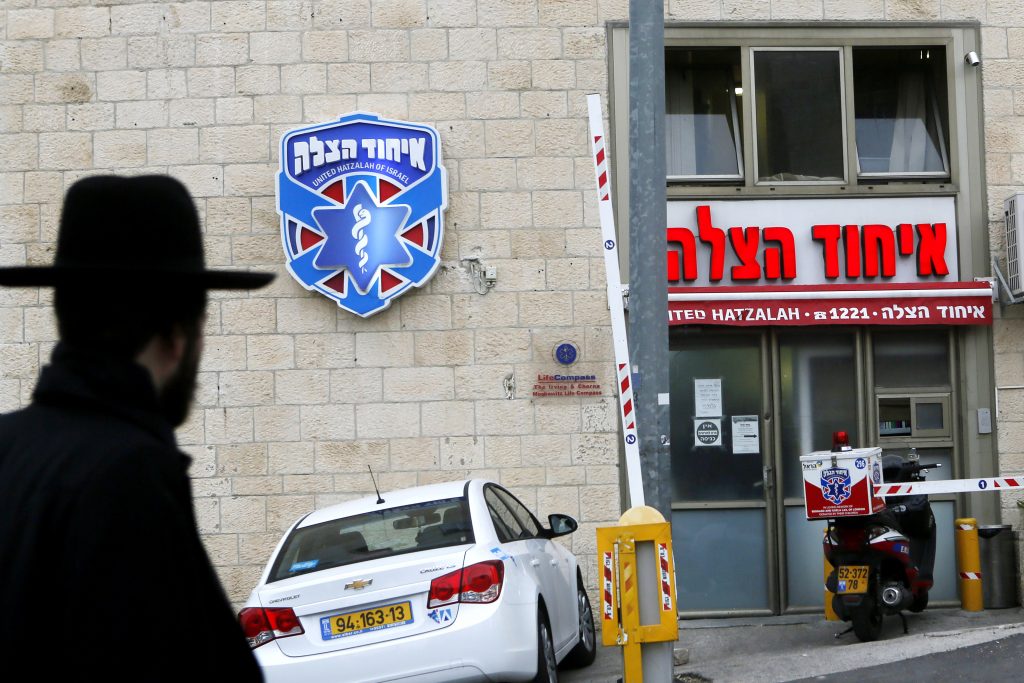 An off-duty United Hatzalah volunteer saved a choking baby in a day care center in the Neve Yaakov neighborhood of Yerushalayim on Monday, The Jerusalem Post reported.

Yossi Dvir was waiting on line in a nearby post office when he heard the emergency call over the Hatzalah channel.

He ran out the door of the post office, jumped on his ambucycle and got to the day care in under a minute. Dvir performed the Heimlich maneuver on the one-year-old to dislodge a cookie stuck in the windpipe by pressing under the sternum, followed by firm black slaps and compressions.

B’chasdei shamayim, after a few moments, the piece came free and the child began to breathe again.

The child was then taken by ambulance to a hospital for a checkup, and Dvir returned to the post office, where he waited another 25 minutes of his turn on line.

It was the second such incident in about a week.

Hatzalah volunteer Mordechai Mammon, from Maalot, was a guest at the wedding where a musician began to choke on a piece of steak during a break from the music. Mammon came to the aid of drummer Avraham Shitrit, on whom he also executed the Heimlich maneuver. The life-saving rescue was captured by security cameras of the wedding hall.

Afterwards, Mammon said: “This is the realization of a dream. I became an EMT to help save lives after my sister was killed in a car accident. I joined up to do things just like this, and on Monday I got that chance.”

A grateful Shitrit said, “I felt like I was going to die. Mordechai saved my life.”