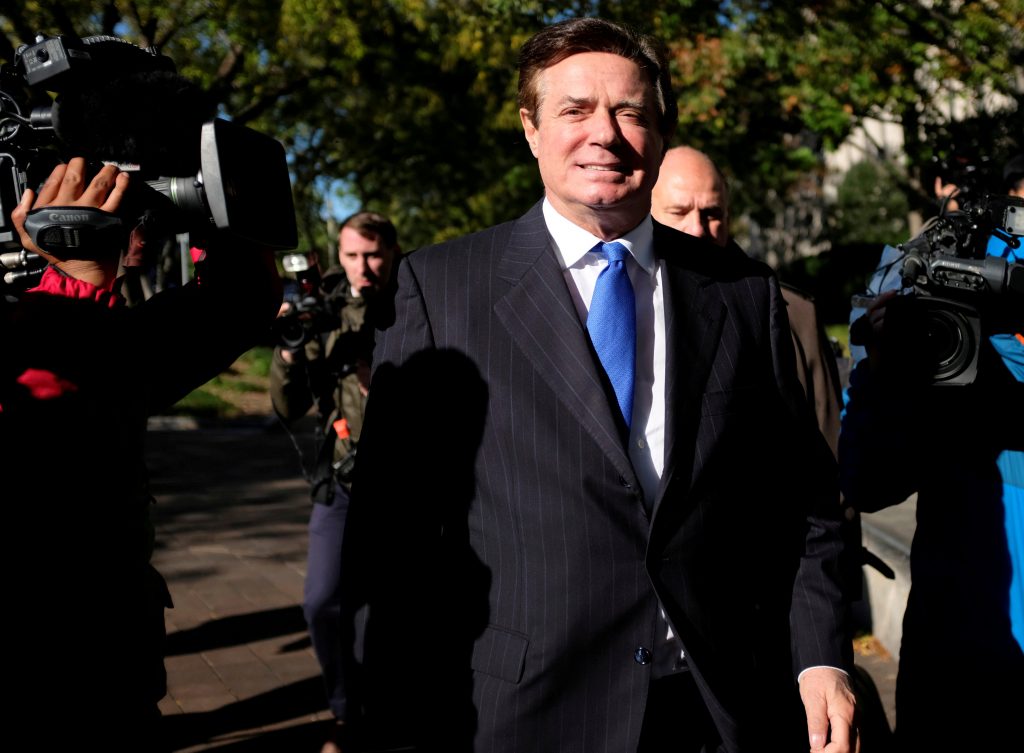 Paul Manafort, who served briefly as Donald Trump’s election campaign manager, and business associate Rick Gates are expected to make their first appearances on Thursday before the judge overseeing a criminal case brought by a special counsel investigating campaign ties to Russia.

Manafort, 68, and Gates, 45, who also worked on the Republican’s campaign, pleaded not guilty before a magistrate judge on Monday to a 12-count indictment, ranging from conspiracy to money laundering, conspiracy against the United States and failing to register as foreign agents of Ukraine’s former pro-Russian government.

Also on Thursday, former Trump campaign foreign policy adviser Carter Page is scheduled to testify to the House of Representatives Intelligence Committee behind closed doors about his dealings with Russians. Page has repeatedly denied serving as an intermediary between Trump’s campaign and Russia, which had been under U.S. economic sanctions for several years at the time of last year’s election campaign.

Monday’s charges were an opening salvo by Special Counsel Robert Mueller, whose investigators are probing allegations by U.S. intelligence agencies that Russia interfered in the election to undermine Democratic candidate Hillary Clinton to help Trump. The inquiry also will determine whether or not there was any coordination between Russians and associates of the Trump campaign.

The Kremlin has repeatedly denied meddling and Trump has denied potential collusion between his associates and Russia, calling the investigations a witch hunt.

George Papadopoulos, another former member of the Trump campaign’s small foreign policy team, pleaded guilty to lying to the FBI and will not face trial. A lawyer for Papadopoulos declined comment.

Thursday’s hearing will be the first in the courtroom of U.S. District Court Judge Amy Berman Jackson, who was appointed by former president Barack Obama and has handled a series of high-profile cases over the past few years.

The 2 p.m. hearing is expected to focus on setting bail conditions. Manafort and Gates are under house arrest, released on unsecured bonds of $10 million and $5 million, respectively.

Manafort, a longtime lobbyist, political consultant and lawyer, and Gates should be given stiff bail terms because of their “history of deceptive and misleading conduct,” their “significant financial resources” and the “potentially significant sentences” they face, prosecutors said in a filing Tuesday in the District Court for the District of Columbia.

A conviction on conspiracy to launder money alone could carry a sentence of up to 20 years in prison.

Prosecutors also said there was a risk of flight. Manafort holds three U.S. passports and frequently travels abroad. Asked about the information in the filing, Manafort spokesman Jason Maloni said on Wednesday his client “looks forward to having these allegations tried before a judge and jury.”

Kevin Downing, Manafort’s lawyer, did not respond to a request for comment ahead of the hearing. It is not clear whether Gates, who was represented by a court-appointed lawyer on Monday, has retained counsel.

The charges did not state any direct connections to the Trump campaign or allegations of collusion. Downing said Manafort’s work for the Ukrainians ended in 2014, two years before he joined the Trump campaign in March 2016. Manafort served as campaign manager from June to August.

In Tuesday’s court filing, prosecutors said Manafort and Gates had connections to Ukrainian and Russian oligarchs.

Downing said earlier this week that there was no evidence the Trump campaign colluded with the Russian government.