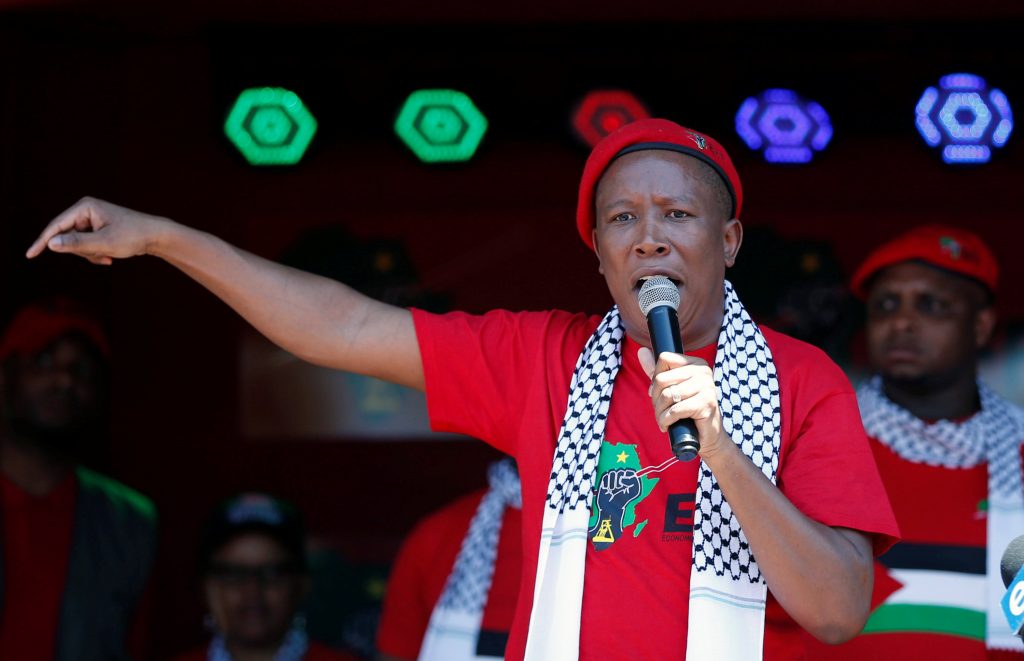 A left-wing South African opposition party held a protest demonstration on Thursday outside the Israeli embassy in Pretoria, demanding that the embassy be shut down and the delegation expelled, according to media reports.

Hundreds of members of the Economic Freedom Fighters (EFF), the third largest political party in South Africa, also called for a boycott of Israeli products.

“We are saying to South Africa: Remove our embassy in Israel and then remove this one [Israeli Embassy] from South African soil,” EFF leader Julius Malema told the demonstrators who gathered against Israel on the centenary of the Balfour Declaration.

But that wasn’t all. Malema called for the abolition of Israel as a Jewish state, and its replacement with an Arab-majority state of Palestine.

“We want one state. We want the Palestinians and the Jewish community to live under one democratic country,” he said.

In response, South African Jewish Board of Deputies chairwoman Wendy Khan told The Jerusalem Post, “We live in a democratic country where the right to protest is protected by our constitution.

“As always, we believe that dialogue would be a more constructive approach in resolving the Israeli–Palestinian conflict — one that is actually intended towards encouraging both Israel and Palestine negotiate and talk peace,” she said.

The Israeli Embassy in South Africa did not respond to a request for comment.